Home » DR MAX PEMBERTON: Strong emotions about the royals are good for us

DR MAX PEMBERTON: Strong emotions about the royals are good for us

DR MAX PEMBERTON: Strong emotions about the royals are good for us

Being a royal cannot be easy. Of course, there are the palaces and butlers and chauffeur-driven cars. But amid all the curtsies and ribbon-cutting, they are under the kind of pressure that few of us could endure. As well as all the formal duties, they carry the emotional weight of a nation.

Whether a royalist or not, we cannot help but be psychologically invested in them. We project so much on to them and look to them as archetypes of our own family and our own relationships. They are potent symbols and come to represent our hopes and fears.

Just look at how we have been obsessed with the Duke and Duchess of Cambridge’s tenth wedding anniversary. I’ve been amazed at how, at work, even staunch anti-royalists have been talking about it. 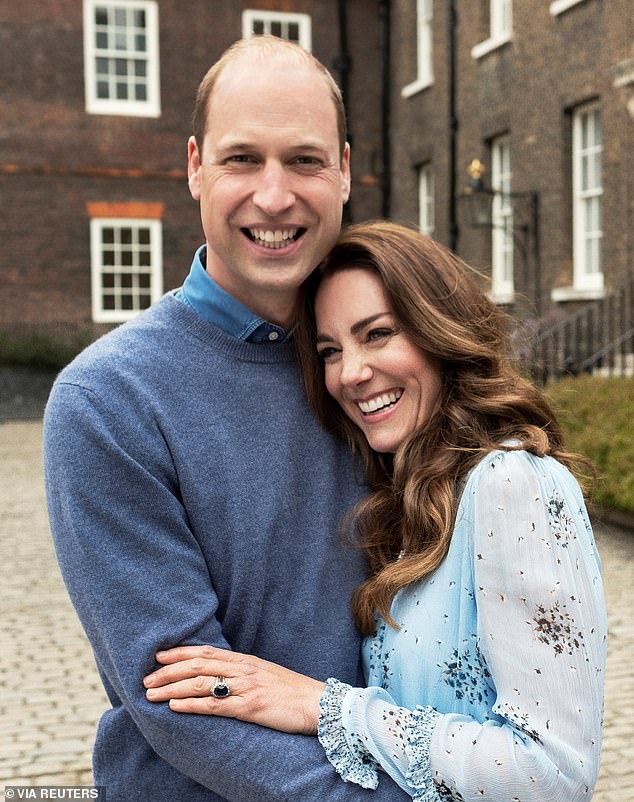 Dr Max Pemberton says projecting onto the royals reminds us to hope, even in the darkest time. Pictured: Duke and Duchess of Cambridge

Partly, I think that we’re all desperate for some good news — and being thrown back ten years to their fairytale wedding is like a breath of fresh air.

But I think it also goes deeper than that. It speaks to us of how love does endure, and how good can prevail.

A few years ago, I read a fascinating book by a group of psychoanalysts called When A Princess Dies. This explored the psychology underpinning the public grief following the death of Princess Diana.

The book argued that what we witnessed was not some mass hysteria or anything mawkish. Rather, Diana had, as with many celebrities or people in the public eye, key characteristics that resonated with us. And when we grieve for their death, we are really grieving for something else, but it is easier and less painful to cry for someone you have never met.

This might sound fanciful, but it’s interesting that in the months after Diana’s death, psychiatric units reported a 50 per cent decrease in admissions. It is thought this is because the princess’s death had allowed people to express their own pent-up distress and, through the collective grieving, had felt connected to others.

It was impossible to watch Kate and William’s wedding without thinking of Princess Diana and the haunting image of those little boys walking behind her coffin. William and Harry represented our deepest fears —being bereaved or abandoned, alone and defenceless. 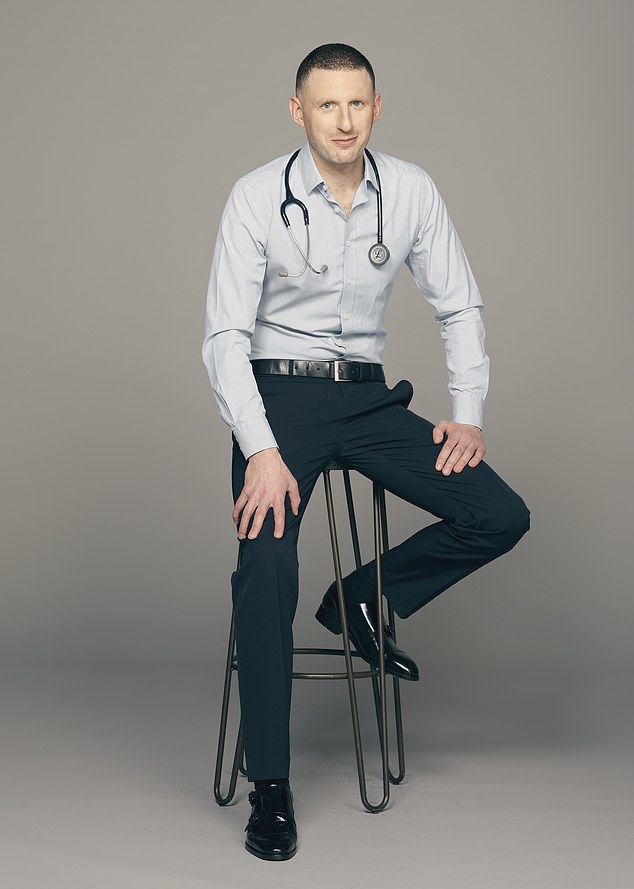 And here, with William and Kate’s wedding anniversary, was the resolution of that image: our desperate need to see that, however awful, things can turn out all right in the end. It’s that universal need to hear that goodness does win out.

I also think this is why the nation has been so distraught by Harry and Meghan’s departure. It’s not the happy ever after that we were hoping for. In fact, as things stand now, the difficulties between the brothers only underpin the reality that families can, and do, fall apart.

Harry’s story, in particular, began with the perfect narrative arc: a tragic opening with the loss of his mother, then a magical ending with his wedding to Meghan. It gave us hope that, no matter how bad things are, they can improve.

The shenanigans of Meghan’s family before the wedding only increased the tension in the build-up to the day and added to the joy at the denouement. 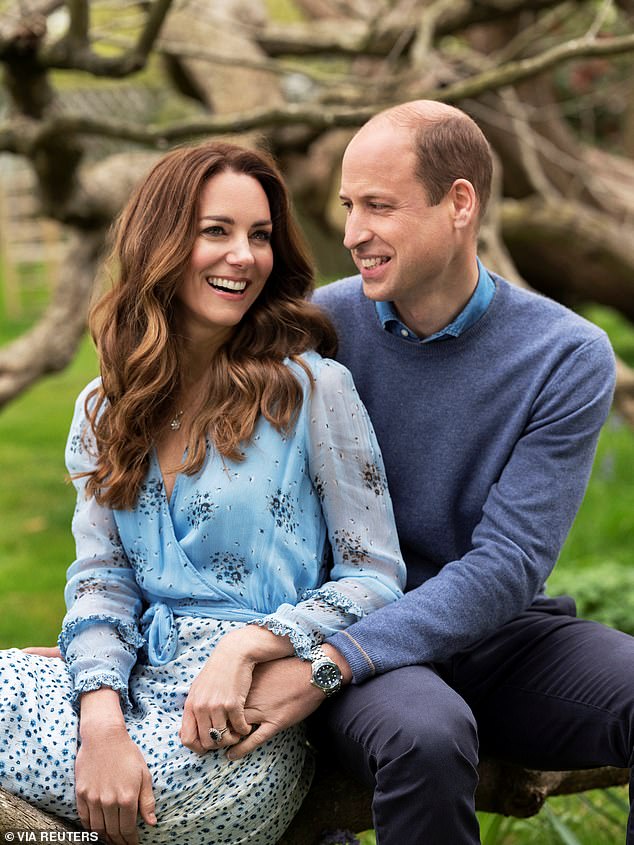 Dr Max said in an unsettling year, we need something to show us that love does conquer. Pictured: Duke and Duchess of Cambridge

And, of course, there’s the fact that Meghan had the sort of modest upbringing many of us relate to (even if she did become a Hollywood actress), before meeting her prince. It’s a story that every child knows because, again, it reflects the desire we all have for salvation.

Yet, with their exit to California and fallout from the Oprah interview, things have been left in the air — and that sits uncomfortably with us. It’s not quite how we think the fairytale should end.

Of course, it’s unfair for us to project so much onto a group of people who are, despite all the pomp, only human. Perhaps this is why we held on to Kate and William’s anniversary so tightly.

After such an awful, unsettling year, we needed something to show us that love does conquer. It helped remind us that there is hope, even in the darkest times, and reaffirmed that, in the end, things do turn out OK. 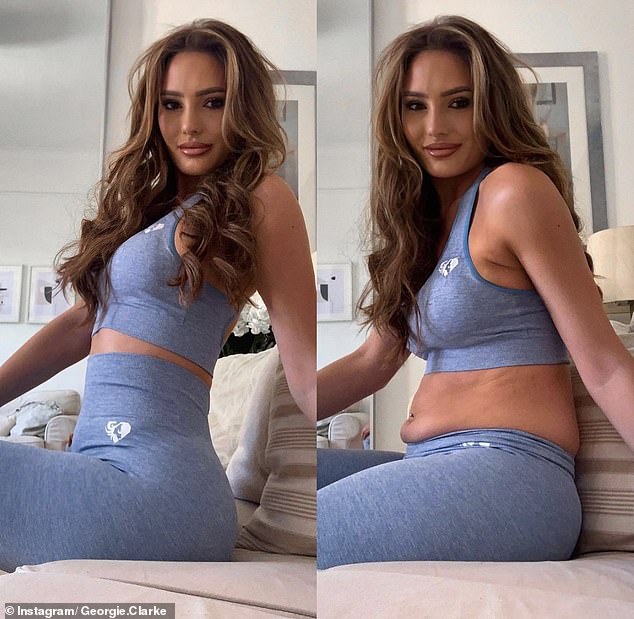 If you have a young person in your life, then I would recommend they follow the Instagram account of Georgie Clarke. The 27-year-old reality TV star, best known for ITV2 show Survival Of The Fittest, has been posting astonishing photographs of herself showing the dramatic impact just lighting and tensing muscles has on a picture — in a bid to normalise ‘normal’ bodies.

It’s a real antidote to the manipulated and toxic images that we are constantly bombarded with.

The power of a little gossip 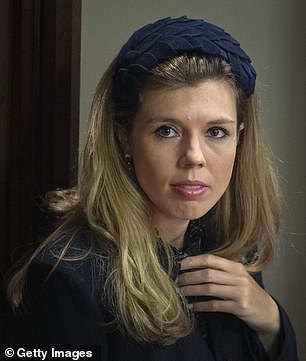 Of course, the details of Carrie Symonds and Boris Johnson’s decorating fiasco are fascinating — how we love a good gossip! And now it turns out gossiping is good for you.

My neighbour is in the middle of an enormous flat refurbishment and it’s all the rest of us in our block have been talking about. ‘Have you heard how much he spent on the bathroom alone?’ has been the chat for weeks. Gossiping helps enforce bonds and to make connections. It is hardwired into our brains because it helps ensure we develop a network.

Politicians think we’re all horrified by the scandal, but I think they’re barking up the wrong tree.

I think we’re all just fascinated to indulge in that guilty pleasure of having a thorough snoop around someone else’s home, then having a good gossip about it afterwards.

I heard of one couple so worried about Covid that they refused to take their son to hospital even though the GP feared he had meningitis. What’s going on?

I think Covid has exposed the high levels of anxiety that were already in the population — and given it a focus.

Anxiety is seen as the poor relation to depression, yet it is more common than depression and just as crippling.

This is because people take so long getting the shot just right, they fail to appreciate what’s around them.

In trying to record the moment, it passes them by. It’s a sad indictment of modern life.

Once, in a restaurant, I saw a family sitting silently staring at their glowing screens held in their hands. It struck me as ironic that while they were interacting with people on social media, they were ignoring the loved ones in front of them.

There’s no doubt that the technological revolution has given us much. But, really, how much does social media contribute to the sum of our happiness?

Has anyone ever spent 30 minutes on Facebook and felt better for it? No. All too often it simply makes us insecure, guilty, irritated.

It makes us more focused on ourselves than the world. And that’s never a good thing.