Drake has finally dropped ‘Certified Lover Boy,’ and he raps about his son, Adonis Graham, on the track ‘You Only Live Twice.’ Drake gets a little cheeky when referencing his son.

Months after Drake first promised Certified Lover Boy would hit your favorite streaming service, his new album – the first since 2018’s Scorpion—finally arrived on Sept. 3. And much like Scorpion, Drake, 34, referenced his son, Adonis Graham, in his new music. The song “You Only Live Twice” gives a clear shoutout to Adonis, but not in the way you’d expect.

“I had to f**k a lot of girls to get a kid like this,” Drake raps on the track, which also features Lil Wayne and Rick Ross. Drake doesn’t mention Adonis by name in “You Only Live Twice,” but he’s only got one kid! The rapper references his playboy past in this verse, which ultimately gifted him with his son. 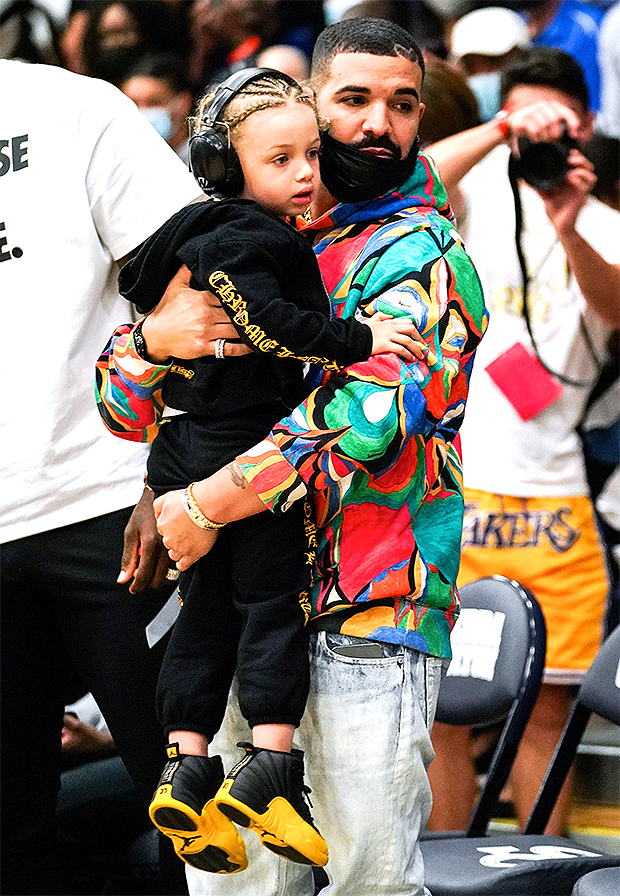 The story of Adonis – who turns 4 years old in October – is deeply tied to music. Prior to Scorpion’s release, Pusha T released “The Story of Adidon,” a song that reused the instrumental from Jay-Z’s “The Story of OJ. On the track, Pusha claimed Drake was “hiding a child” and a relationship with Sophie Brussaux, an artist and former adult entertainment star. “A baby’s involved, it’s deeper than rap /We talkin’ character, let me keep with the facts,” Pusha rapped on the song, per Genius. Pusha later told The Breakfast Club the origin of “Adidon,” saying that allegedly, Drake’s new line on Adidas, is called Adidon, which is named after Adonis, his son, But we couldn’t know about your child until you start selling sweatsuits and sneakers?” (per Spin.)

“The Story Of Adidon” was released on May 29, 2018. A month later, on June 29, 2018, Drake responded with Scorpion. Drake refer to Adonis and Sophie throughout the album, per The Cut: on “Emotionless”) (“I wasn’t hiding my kid from the world, I was hiding the world from my kid / From empty souls who just up and look to debate / Until you staring at your seed, you could never relate”); on “March 14” (“Yesterday morning was crazy / I had to come to terms with the fact that it’s not a maybe / That shit is in stone, sealed and signed / She’s not my lover like Billie Jean, but the kid is mine”), and on “8 Out of 10” (“It’s not a matter of could I or should I / Kiss my son on the forehead, then kiss your ass goodbye / As luck would have it / I’ve settled into my role as the good guy.”

Drake also seemingly referenced Sophie and Adonis on “Greece,” one of the songs off of DJ Khaled’s 2021 album, Khaled Khaled. “Speedboats, baby, in Nikki Beach,” he sang, referring to Nikki Beach Worldwide — a luxury beach club brand that has locations worldwide, including in Greece. It’s also a frequent spot for Sophie, so this line could be taken as about her. Drake even included a bit of French. Sophie is French, and in a June 2020 video, Adonis spoke in English with a French accent. 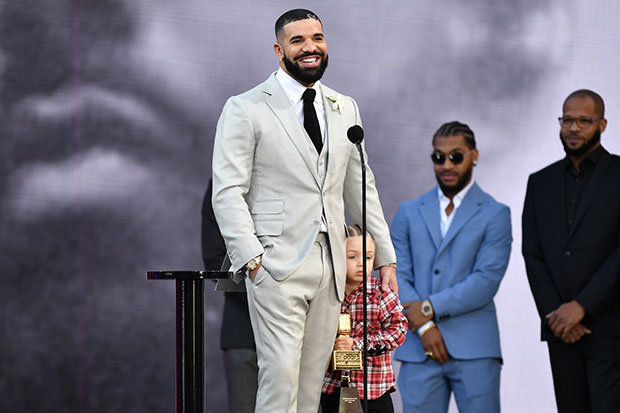 Certified Lover Boy arrives after an eight-month delay. In April 2020, Drake first teased that he was dropping a new album that summer. In October, after the summer came and went without new music, Drake revealed the album’s name along with a January 2021 deadline. However, surgery and rehab delayed CLB’s release. In August 2021, Drake confirmed the release date – which was initially the same day that Kanye West’s DONDA was supposed to drop, but someone released Ye’s album on Sunday, Aug. 29, instead.