She’s a fan! Drew Barrymore has seen Dakota Johnson‘s viral interview with Ellen DeGeneres about the infamous birthday party — and she loved it.

The Fifty Shades of Grey star, 32, was a guest on the Thursday, October 7, episode of The Drew Barrymore Show, where she discussed her neighbors Jimmy Kimmel and his wife, Molly McNearney. 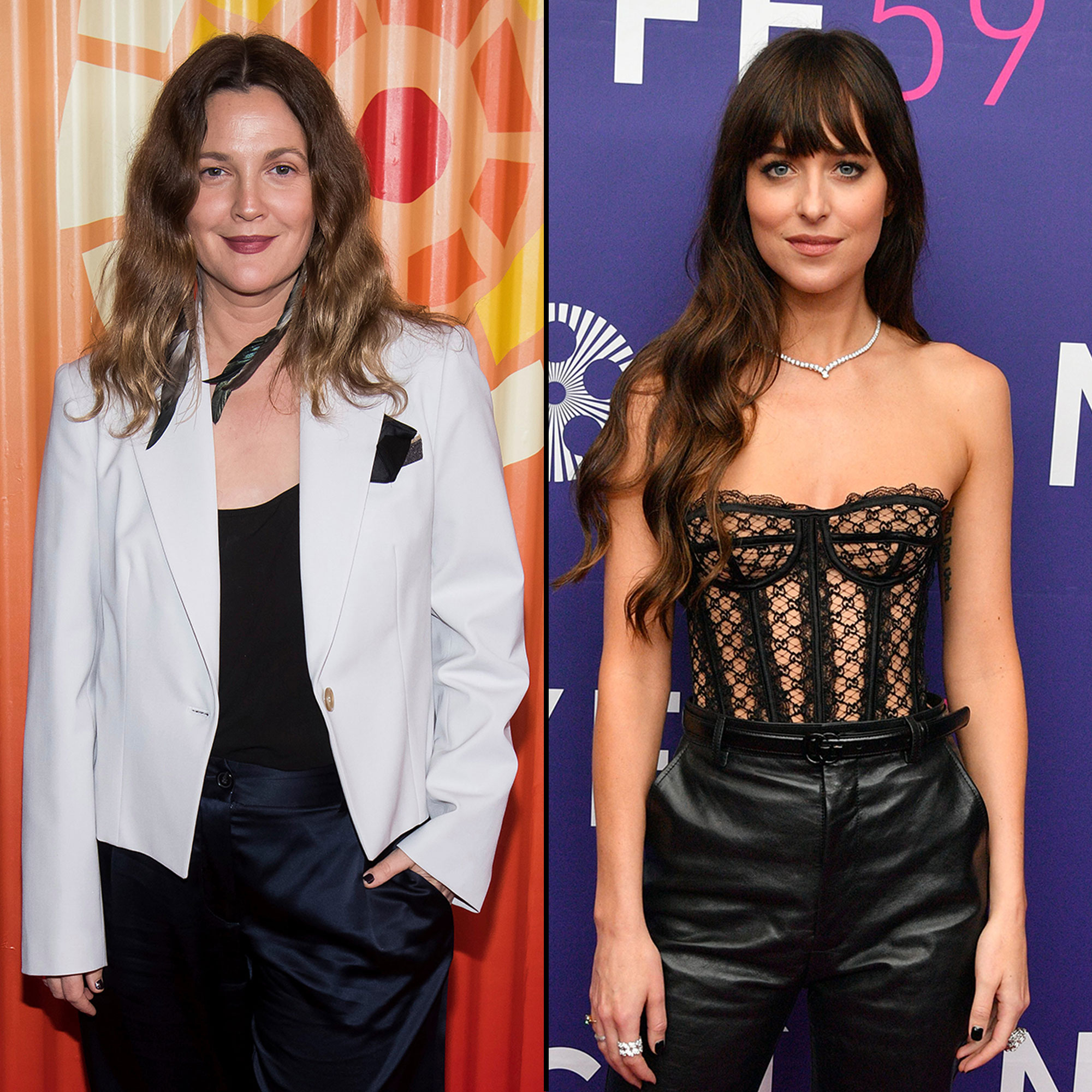 “They have a lot of parties and they don’t invite me,” the Suspiria star quipped, to which the Flower Films cofounder, 46, replied, “Is this for real? Because people have gotten in trouble for claiming not being invited to your parties.”

Barrymore was referring to Johnson’s November 2019 appearance on The Ellen DeGeneres Show, which blew up because of an exchange the 63-year-old comedian shared with the High Note star.

During the episode, DeGeneres claimed that Johnson neglected to invite her to her birthday party held in October of that year.

Ellen DeGeneres’ Most Controversial Moments Over the Years

DeGeneres, for her part, claimed that she had no idea why the Bigger Splash star thought that. “Of course I like you,” the Emmy winner said. “You knew I liked you. You’ve been on the show many times, and don’t I show like?”

Dakota insisted that she did invite the talk show host, who didn’t come. “Ask everybody,” she told DeGeneres. “Ask Jonathan, your producer.”

After one of the show’s staffers confirmed that the Golden Globe winner had been invited, DeGeneres said she must have had a “thing” that prevented her from attending. “It was probably in Malibu,” she continued. “That’s too far for me to go to.”

Things got even more awkward later in the segment when the Finding Nemo star asked her guest about Tig Notaro‘s performance at the party.

“She’s my favorite comedian,” Dakota said, adding the phrase “other than you” after the audience broke out into a chorus of “aw’s.” The Texas native then got up and pretended to walk off the set, while DeGeneres joked that her favorite actress was Jennifer Aniston.

When Barrymore asked Dakota about the moment on Thursday, the Peanut Butter Falcon star burst out laughing and turned a bright shade of red. “That was amazing, by the way,” the Wildflower author said of the interview. “Like, amazing.”