Australia’s weather will become even more chaotic in coming years and decades, the State of the Climate report warns, piling pressure on the federal government to increase its climate targets.

The decade began with record-breaking drought and heatwaves, when bushfires blazed across the east coast. Now floods have inundated NSW and Victoria after extreme rainfall fell onto a landscape drenched for the past three years. 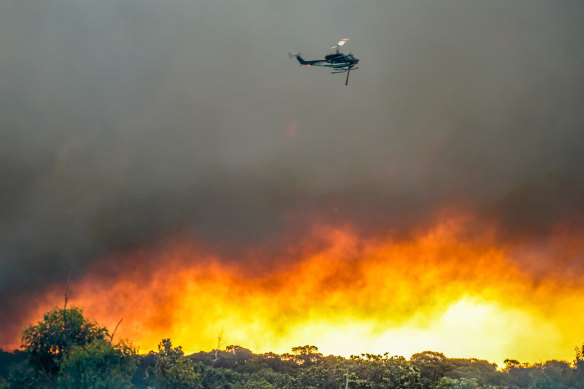 CSIRO climate science centre research director Dr Jaci Brown said global warming was driving increasingly erratic weather and people on the eastern seaboard must look beyond the current floods to prepare for the next dramatic shift.

“Extreme events are going to keep happening, we need to start thinking about the next drought,” Brown said. “It’s hard to imagine right now but that is Australia’s climate,” she said. “It’s variable and we need to think about our water management into the next few years as we move inevitably to El Nino after La Nina.”

The State of the Climate report is written by the CSIRO and the Bureau of Meteorology. It is updated every two years and uses the latest data and science to make projections about Australia’s weather.

It found climate change would cause “an increase in the risk of natural disasters from extreme weather, including ‘compound extremes’, where multiple extreme events occur together or in sequence, thus compounding their impacts”.

Australia’s already variable rainfall patterns would become increasingly so, with more frequent droughts, heatwaves and declining rain over the south-east of the continent.

Brown said greenhouse gases had reached record levels in the atmosphere that had raised Australia’s average temperature by 1.47 degrees, on average, since 1910.

While the past decade was warmer than any in the previous century, it was expected to be the coolest 10 years in the entire 21st century, Brown said.

Australia’s major cities in the south-east received 10 per cent less rainfall in winter, when most rain typically falls, over the past 30 years, the report said. Meanwhile, heatwaves were becoming more frequent and mixed in with dry years would come increasing intense bursts of rainfall, leading to greater flash flooding.

The report found the number of extreme heat days, in the top 1 per cent of average daily temperatures for each month, were increasing and fire seasons lengthening.

But the flip side of hotter temperatures was downpours, which meant the overall drying trend would be marked by increasingly intense cloudbursts of rain and flash flooding. That’s because for every degree increase in air temperature, the atmosphere can hold 7 per cent more moisture.

The report forecast fewer tropical cyclones but said a greater proportion of them would be high intensity. Marine heatwaves were set to be more frequent and intense, further endangering Australia’s coral reefs.

“For our environment, for our communities, this report reinforces the urgent need for climate action,” she said.

An analysis by think tank Climate Analytics earlier this year of the federal government’s commitment to cut emissions by 43 per cent by 2030 and reach net zero by 2050 found it was consistent with 2 degrees of warming.

Under the Paris Agreement, nations agreed to strive to cut emissions quickly enough to stop global warming rising above 1.5 degrees to avoid the worst damage from climate change.

Climate Change and Energy Minister Chris Bowen said at the recent COP27 climate talks in Egypt the difference between 1.5 and 1.7 degrees of warming for the planet was “enormous” and implored other nations to up their efforts to cut emissions.

“If we’re not trying to keep to 1.5 C, then what are we here for?” Bowen asked. If Australia could cut its emissions more “we will”, Bowen said, but he cautioned 2030 was only 85 months away and the current target “requires big changes”. 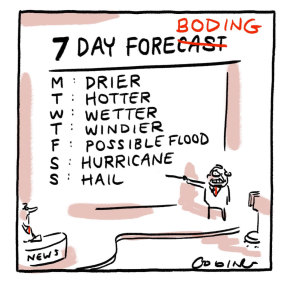 “CSIRO and the Bureau of Meteorology are vital agencies providing information and advice so that our actions are based on the latest science,” he said.