Say Cheese! Kate Middleton and Prince William pose for a photo with a Big Issue seller during visit to housing charity in Cambridgeshire

A Big Issue seller shook the Duke of Cambridge’s hand and invited him to visit his modular home, after telling William he heard that he had sold the magazine.

The Duke and Duchess of Cambridge met Eamonn Kelly, 52, on a visit to housing charity Jimmy’s Cambridge, which supports people on their journey through homelessness.

Mr Kelly, who has sold the Big Issue in Cambridge for 13 years, is one of the first residents in Jimmy’s modular homes, which first opened in 2020.

Cambridge is one of the first cities in the UK to explore this solution to tackling homelessness, providing small self-contained independent accommodation for those seeking to continue their journey onto full independent living. 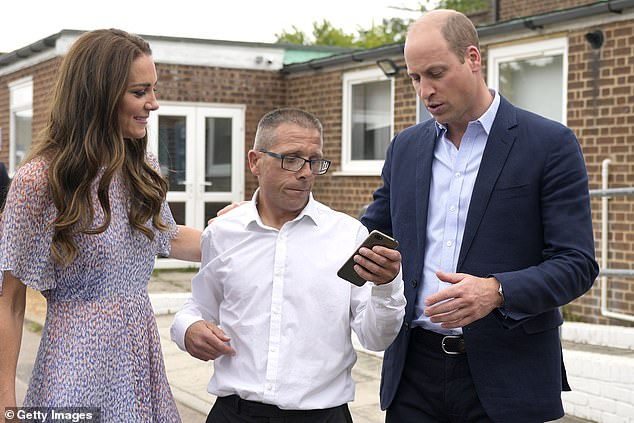 The Duke and Duchess of Cambridge, met with Eamonn Kelly, 52, (pictured) today when visiting housing charity Jimmy’s Cambridge, which helps people through their journey of homelessness

Shaking William’s hand, Mr Kelly told him: ‘Well I work for the Big Issue, I sell in Cambridge.’

He then invited William and Kate into his modular home where they spoke at length.

Afterwards, they spoke with those involved in the project about how to tackle homelessness, and as they returned to their waiting Range Rover William spotted Mr Kelly again. 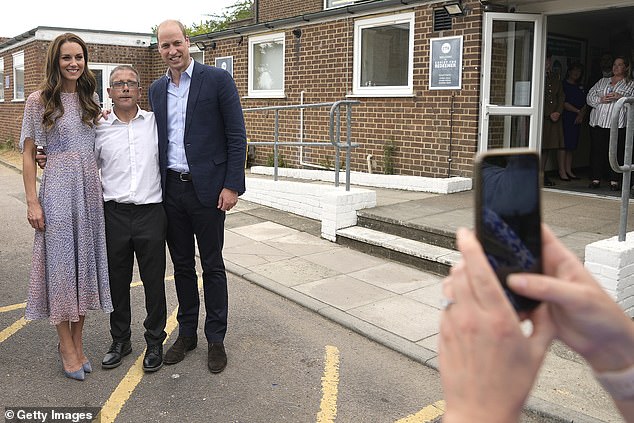 Eamonn, who has sold Big Issue in Cambridge for 13 years, was thrilled when Prince William called him over at the end of their visit for a picture together 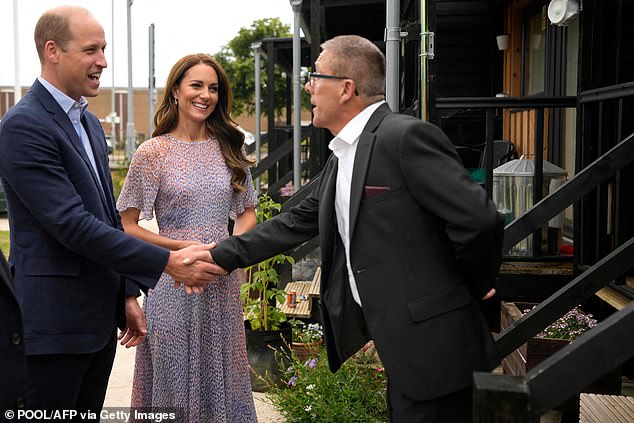 Mr Kelly is one of the first residents at Jimmy’s modular homes, which first opened in 2020. He was thrilled to welcome the Duke and Duchess into his home

‘There he is,’ called out William.

‘Eamonn, come here, I’ll have a photo with you.

‘Who’s got your camera?’

Mr Kelly posed for a photo, standing between William and Kate, thanking them for it.

Speaking afterwards, Mr Kelly said: ‘They’re down to earth people, they’re very genuine, they’re interested in you as a person, not your past or your future.

‘You can’t get any better than them two people.’

The Cambridges last visited Jimmy’s in 2012 when they opened a hostel for the charity. 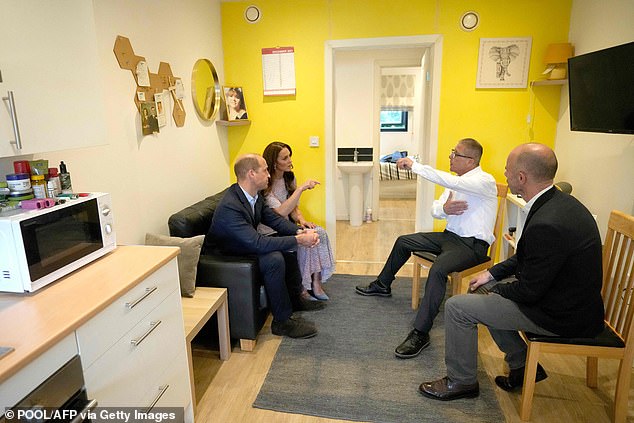 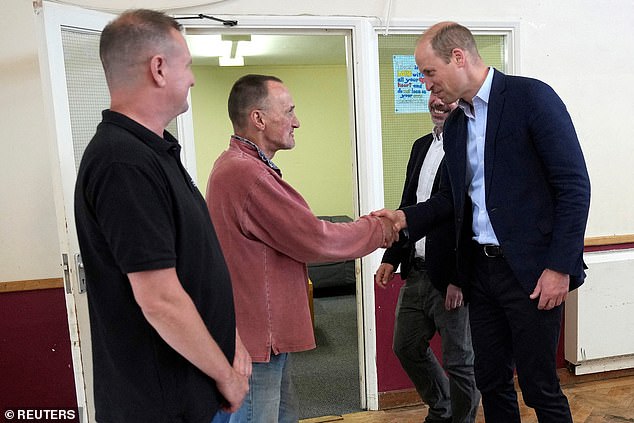 Everyone living in one of the modular homes at Jimmy’s is provided with a significant support system through the charity’s expert team, helping them to tackle issues around mental health, employment, addiction or reconnecting with families. The Duke is pictured here meeting residents

Service user Pete Dean, 59, met William and Kate in 2012 and spoke with them again on Thursday’s visit.

‘I sat in your room, I sat on your bed talking about what you’d been doing in your life.’

After speaking with the Cambridges in private, Mr Dean, who now has his own flat, said: ‘They proper remembered, it was nice. 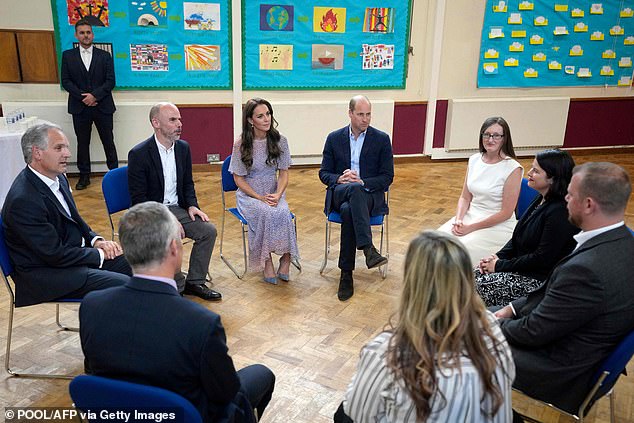 Afterwards, they spoke with those involved in the project about how to tackle homelessness. They are pictured here with Jimmy’s team members deep in discussion 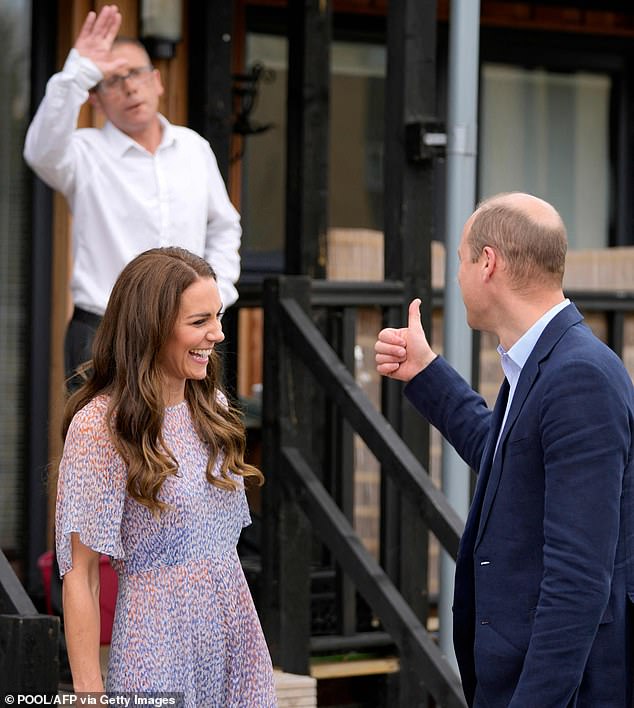 ‘He said he’d come and see me in another 10 years.

‘I had a right long chat with them.

Mark Allan, chief executive of Jimmy’s, said the Cambridges’ visit ‘means a lot’ and William and Kate were ‘genuinely interested in tackling homelessness’.

Everyone living in one of the modular homes at Jimmy’s is provided with a significant support system through the charity’s expert team, helping them to tackle issues around mental health, employment, addiction or reconnecting with families.

The charity said all of this is vital to ensuring that, once someone is in a home, they can remain in it.