Many people on social media appeared to think that Paige, 72, a long-time star of stage and screen most famous for her 1984 chart-topper with Barbara Dickson, I know him so well, and appearances in Cats and Chess, had come out as transgender.

The confusion arose after Elliot Page, the 33-year-old star of Juno and Umbrella Academy, told his 3.8million followers on Instagram that he was transgender. The name he used formerly sounds similar to Elaine’s. 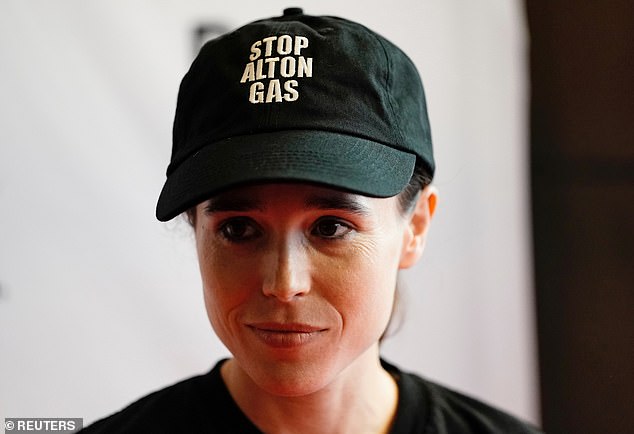 Juno and Umbrella Academy star Elliot Page took to social media on Tuesday morning to share an emotional statement with the revelation that he is transgender. However, some confusion led to West End star Elaine Paige’s name trending on Twitter in the UK, with many thinking the 72-year-old doyenne of musical theatre had made the announcement 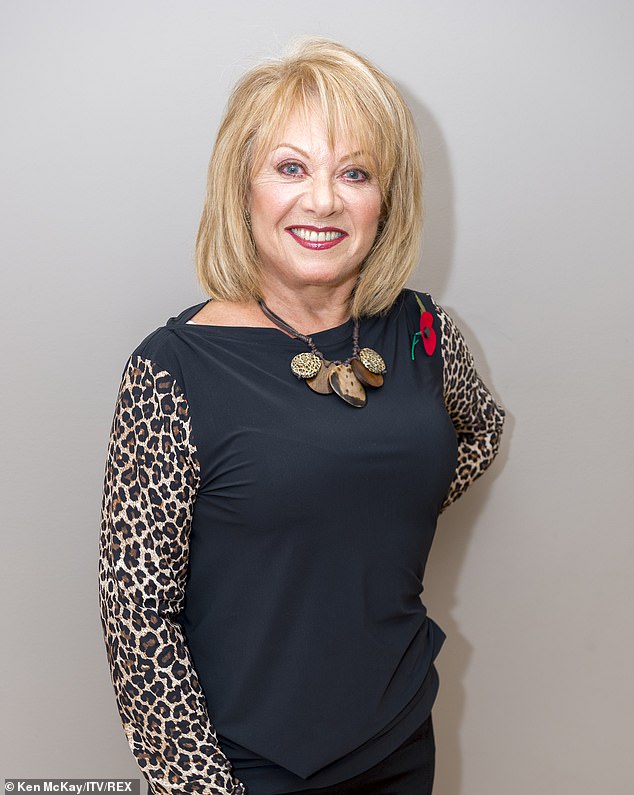 Elaine Paige, whose longstanding muscial theatre career has seen her star in Cats and Chess, found her name trending on Twitter because it sounded similar to Ellen Page, the name formerly used by Canadian star Elliot Page prior to his announcement that he’s transgender 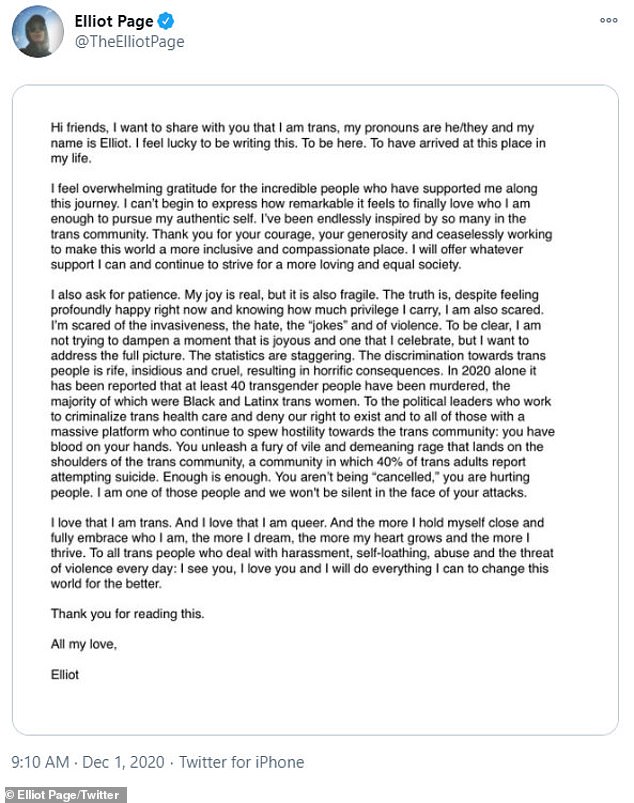 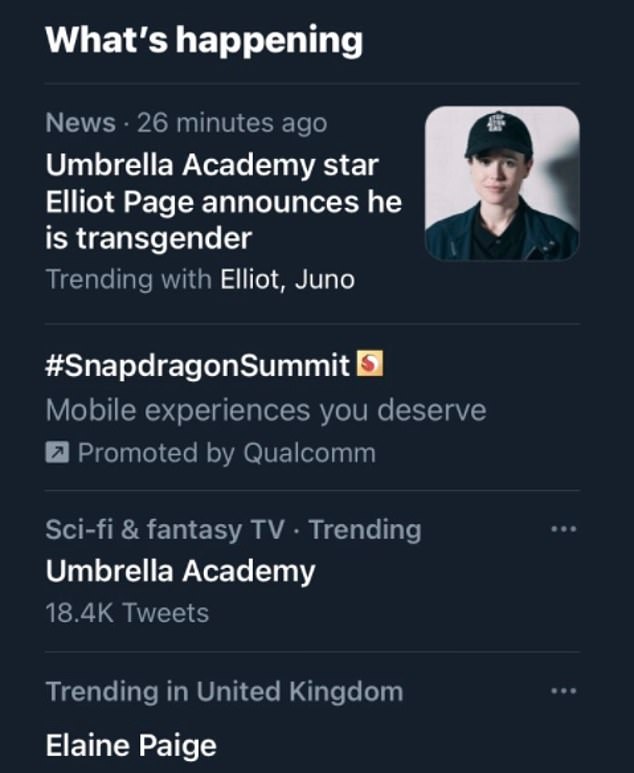 Elliot publicly came out as a transgender male on Tuesday, telling his followers on Twitter in an emotional post: ‘Hi friends, I want to share with you that I am trans, my pronouns are he/they and my name is Elliot.

‘I feel lucky to be writing this. To have arrived at this place in my life.’

In his statement, Elliot did not reveal what stage of his transition process he is in, nor did he share whether he has, or plans to, undergo hormone therapy or surgery.

However, confusion reigned for a period on social media after many thought Elaine Paige had come out as trans. 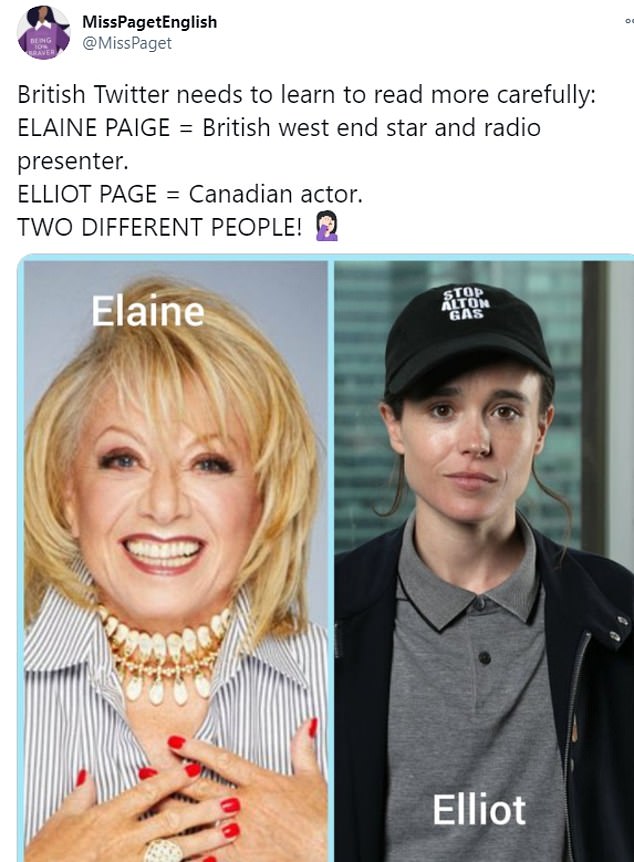 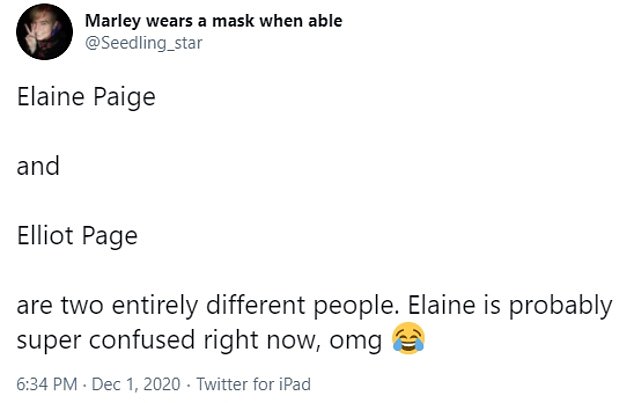 @Fitchet added: ‘Had the same conversation with my mum. She thought I meant Elaine Paige! Only realised who she thought it was when she kept on about her singing…’

@ShappiKhorsandi added: ‘I see Elaine Paige is trending. A delight to know I’m not the only one who cannot read.’

@AdmiralCorgi penned: ‘Oh God, for some reason I thought Elliot page was Elaine Paige and I was super confused, but big respect for Elliot page in coming out.’

Earlier this year, Elaine Paige was forced to take to Twitter to clear up a misunderstanding after a shortened headline painted her in an unforgiving light.

The Telegraph had run an interview with the iconic performer with the headline: ‘I’ve been having cocktail parties on Zoom.’

However, when the piece was shared on Twitter, the headline was awkwardly shortened automatically in order for it to fit, reading instead: ‘I’ve been having c**k’ 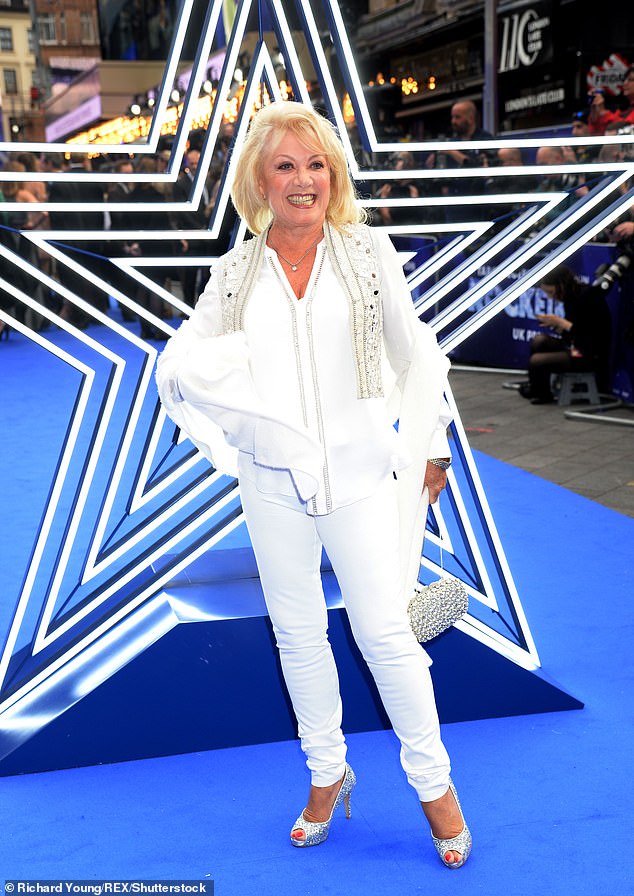 ‘I’ve been having c**k’: Elaine Paige, 72, was hilariously forced to explain herself on Twitter earlier this year after she fell victim to VERY awkward shortened headline (pictured in May 2019) 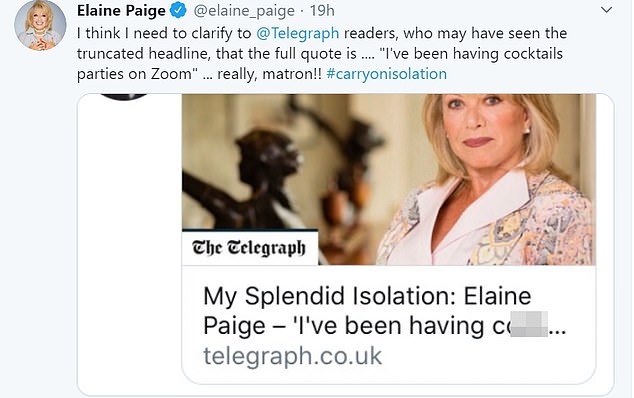 Good one! Elaine shared this funny reaction to the headline and people everywhere lost their minds

Seeing the funny side, Elaine took to the social networking site to clear things up.

She wrote: ‘I think I need to clarify to @Telegraph readers, who may have seen the truncated headline, that the full quote is …. “I’ve been having cocktails parties on Zoom” … really, matron!! #carryonisolation.’

Myleene Klass, 42, saw the funny side and wrote: ‘Love this’ with a cry face emoji and Rylan Clark-Neal, 31, also thought it was hilarious. 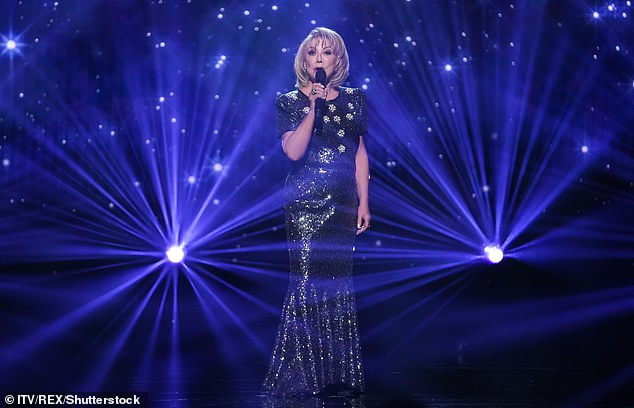 Oh no! The Telegraph storu had been written innocently enough but was very awkwardly cut down (pictured in March 2019)

Matt Lucas, 46, wrote: ‘This is the greatest thing I have ever seen.’

As part of the over-70s age group, performing legend Elaine has been forced to self-isolate to protect herself from the spread of COVID-19.

But the West End star wasn’t letting the lockdown get her down back in March, as she took to her bathroom, looking glam as always, to scrub away any germs. 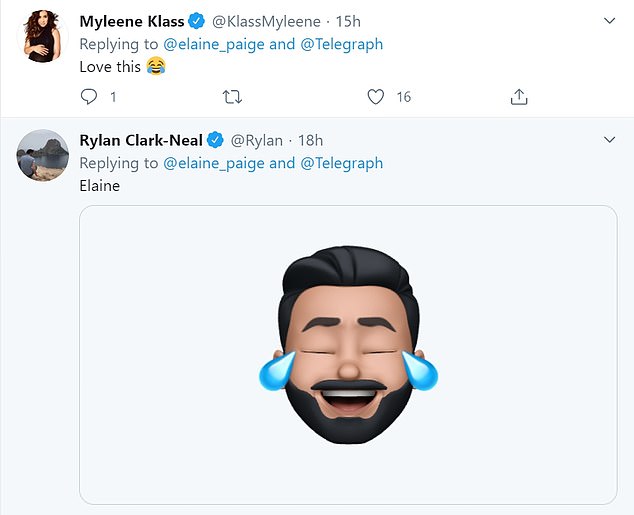 Haha! Myleene Klass, Rylan and Matt Lucas were among the celebrities who found the post hilarious

Donning a gold sparkling blazer and a pair of industrial black rubber gloves, Elaine sang ‘Don’t cry for me, I’m the cleaner!’ in a nod to musical Evita, as she giggled and scrubbed her bathroom tiles.

Not letting self-isolation get her down, the star posted the clip to Twitter with a wise caption alongside it.

‘Being super-vigilant about hygiene will help stop spread of #COVID2019.

‘As well as washing ur hands, my tip is 2 wipe down ur mobile phone, ur bank cards after shopping & ur surfaces at work & at home! #Corona HATES cleanliness!’

She added the hashtags #SelfIsolation, #KeepSinging and #StaySafe to her tweet. 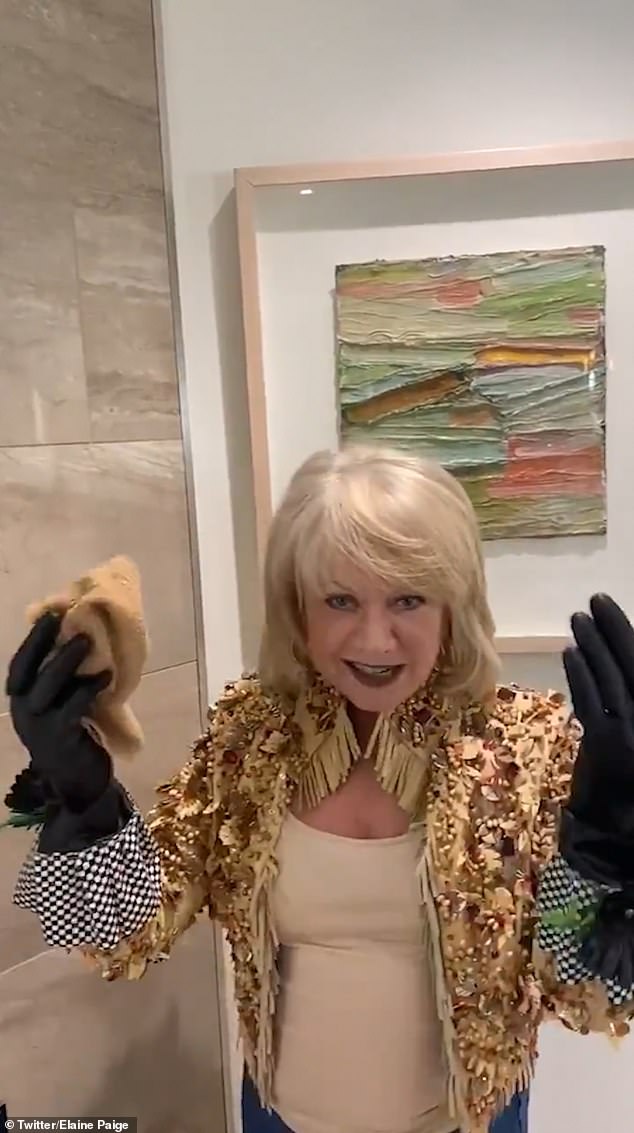 Scrub-a-dub-dub! As part of the over-70s age group, performing legend Elaine has been forced to self-isolate to protect herself from the spread of COVID-19