England WAGs will ‘charter a £100,000 private jet’ to Qatar with Harry Kane’s wife Katie and Raheem Sterling’s fiancée Paige among those reportedly attending the World Cup

England’s WAGs have reportedly chartered a private jet to take them to Qatar to watch the World Cup in November.

With the tournament just over a month away, the Mirror has revealed the players’ partners will be spending £100,000 on flying to Hamad International Airport in Doha.

It is reported that the plane was booked to accommodate the significant size of the group, which is thought to include some of the players’ children. 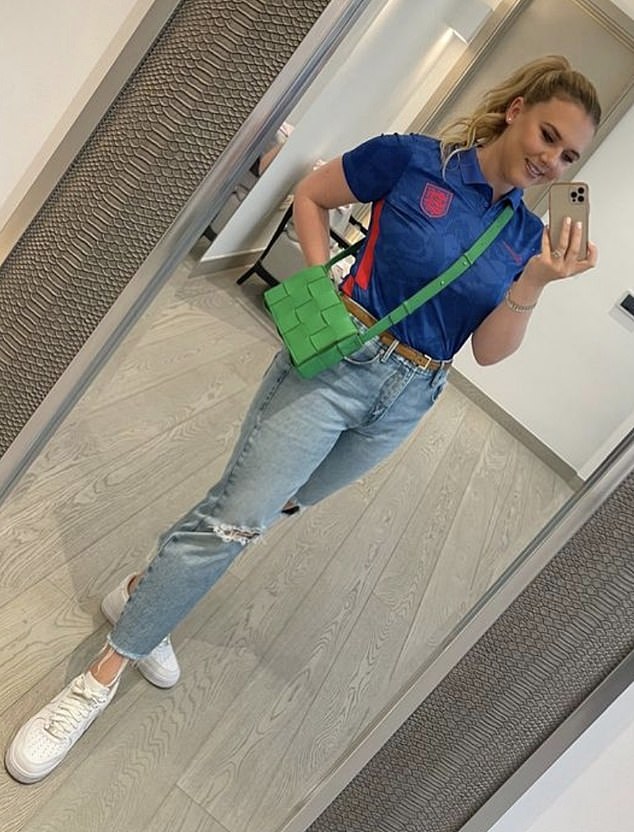 Harry Kane’s partner Katie Goodland is believed to be flying to Qatar via private jet for the World Cup next month, with her two children 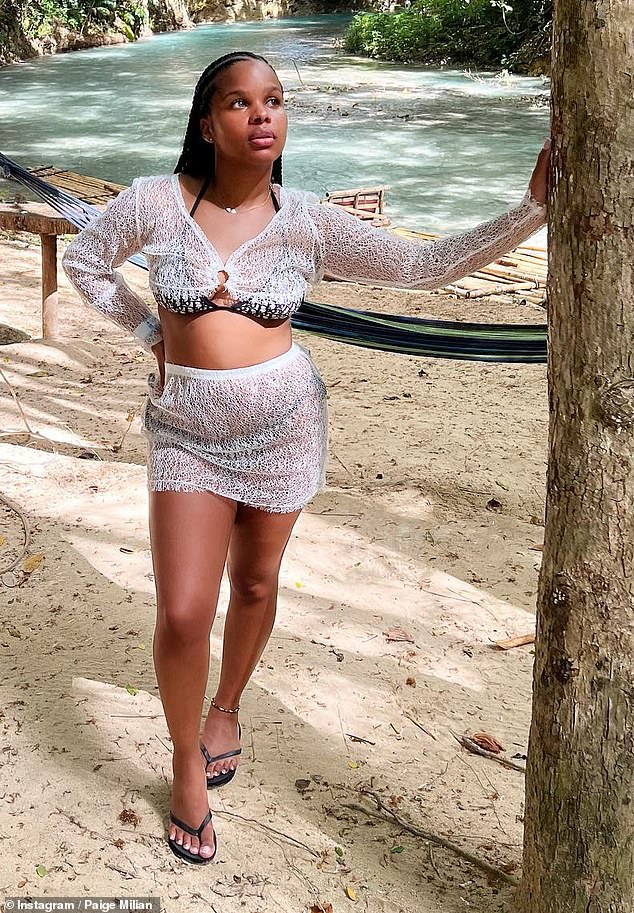 Meanwhile Paige Milian, the fiancee of Raheem Sterling, is also thought to be among the WAGs travelling to Qatar to support the England squad

Among them are believed to be the children of Harry Kane and his wife Katie, who has reportedly visited Qatar already to recce the location, and the two daughters of Harry Maguire and Fern Hawkins.

The Mirror reported a source as saying: ‘They are looking at the private jet option as it is the easiest way of doing it.

It comes amid reports that WAGs have been given a list of ‘rules’ to follow while they are in the country.

The players’ partners have been provided with a rulebook on what’s allowed and what could earn them a £6,000 fine and a year in jail. 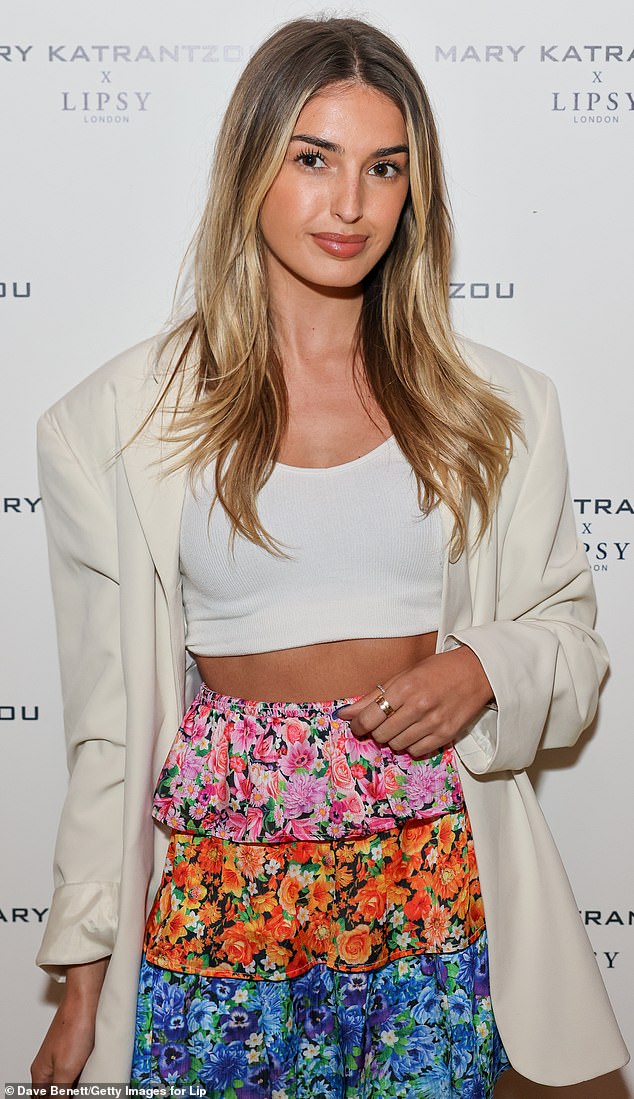 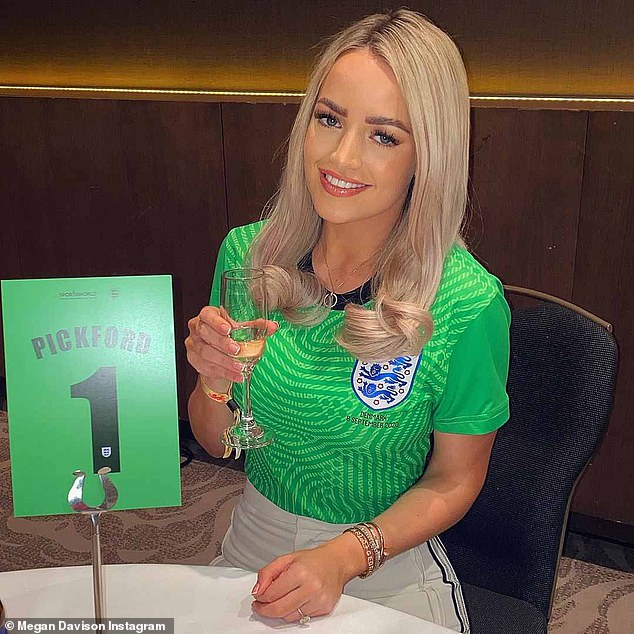 The list serves as a reminder to the England WAGs that they are ‘not above the law’ in the strict Gulf State.

According to the Sun, one of the key points stressed is that they should ‘dress modestly’ when in public and at games, and they were also reminded that public displays of affection would not be tolerated.

They’ve also been told about the country’s strict policy on littering, which is illegal in Qatar and punishable with the aforementioned £6,000 fine and year in jail.

On top of that, they’ll be prohibited from drinking alcohol or swearing in public, as well as playing music, singing, shouting or generally acting ‘inappropriately’ during the call to prayer. 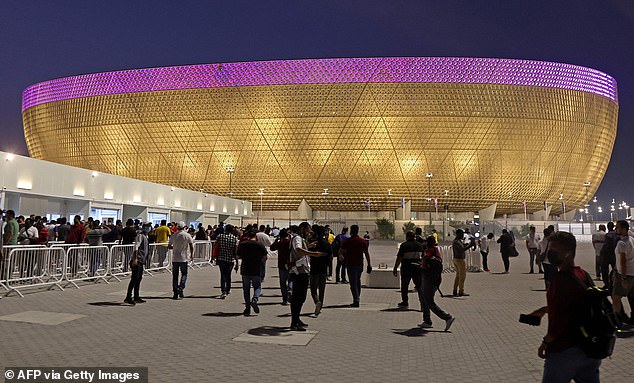 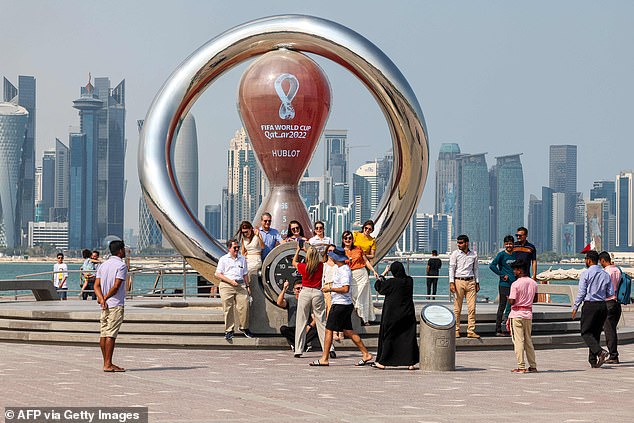 Selfies outside of official government buildings could also lead to police action if the wives and girlfriends are not careful.

This isn’t the first time that the England WAGs have been warned about the strict rules in Qatar that they should be aware of.

At a meeting before England’s 3-3 draw with Germany last month, FA chiefs said: ‘It is important to understand that you and your husband/partner are not above the law here.

‘Every order is in place to protect both yourselves and your partner/husband in any case of indiscretion. Fines and prosecution are commonplace.’