Home » Lifestyle » Enough already: was that the meaning of the baby’s unusual name?

Enough already: was that the meaning of the baby’s unusual name?

Pat Werner loves to climb her family tree. But last month, clambering one ancestral fork, she hit a thorny patch. “I found one family in Essex from the mid-1700s, based in the village of Henham,” she wrote. “The couple had named their third child Enough.”

Sufficiently strange, you may think, yet the oddity was magnified when Pat added: “The parents went on to have six more children. Did the word “enough” have a different meaning back then?” 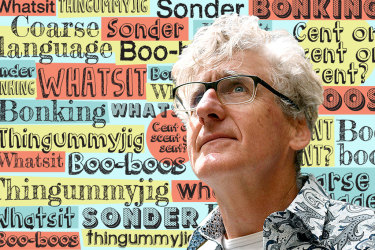 The puzzle was set. Where Pat loves to explore sprawling trees, I prefer the mucky glee of spadework, unearthing roots in the name of etymology, trying to twig how this mystery boy came to be Enough.

Clues were thin on the ground. While enough is a versatile player in the game of English, answering to determiner (“enough food?“) and pronoun (“eaten enough?”), as well as adverb (“common enough”), there was scant evidence of the word as Christian name in any Georgian roll-call.

Enough, the term, emerged in the 1300s. Genog in Old English is a corruption of ganog in proto-German, a compound breaking down into together-attain, implying sufficiency. Yet not for this digger. I needed wider counsel, sharing the conundrum on social media. Quipsters were quick to wonder whether the kid’s surname was Already, Isanuff or Ofyournonsense.

Professor Timothy Schmidt, director of research in chemistry at the Uni of NSW, proposed John B Goodenough as a lead. Earning the 2019 Nobel for his work in magnetism, Goodenough implies Enough, as first or last name, to be in the baptismal mix. Though no chemist worth their NaCl would see that theory as adequate.

Cue the Enoch lobby. Perhaps Enough was a Gaelic mangling of that Bible bloke? To back the idea, consider the Scottish pairing of loch-lough. Enoch derives from Hebrew, linked to Chanokh, meaning dedicated. A lesser shamus might deem the case shut, but something didn’t sit right.

Wander the archives and you’ll struggle to meet a soul on God’s green earth called Enough, compared to the surplus of Enochs. Pat’s remote rellie could well be the blue moon in the human almanac, his name a guesstimated spelling of Enoch rather than a legit alternative.

Literacy was a privilege back then, rather than a right. Notable too is the footloose nature of English spelling for much of the mid-millennium. A word like night, say, owned a dozen guises in Middle English, including niht, nicht, naht, nhyht and nihtan. If not for William Caxton’s printery in the 1470s, the artisan plumping for one spelling over another, we still may be in the dark.

Cautiously, I put the kid’s name down to a parental bungle, entirely forgivable for the era’s lack of NAPLAN, but then Yeter arrived. The Turkish word for sufficient is also a traditional name afforded to a brood’s last-born, or at least the intended last-born.

Perhaps Pat’s forebears had plans to cap the litter when Enough entered the picture, only to reboot production. Meanwhile in West Africa, the Yoruba language has Temitope as both word and name, translating as “enough to give thanks”. Just as you may encounter a Finn called Kyllikki, stemming from kylla (abundance).

For all my digging, I’d only scratched the surface. But enough was enough. It was time to move on, which vaguely rang a bell – pandemically, I mean. More than a pronoun, an adverb, or even a potential name, enough has been a year-long plea hollered by all of us, busting to move on, antsy to overcome this global challenge, yet somehow remaining rooted to the spot.