Er, Kendall Jenner Has Never Had a Hershey’s Kiss: Watch

Kendall Jenner apparently isn’t a chocolate fan! In a preview clip for a new episode of Keeping Up With the Kardashians airing on Sunday, June 16, the model lets it slip that she has never before eaten a Hershey’s Kiss. 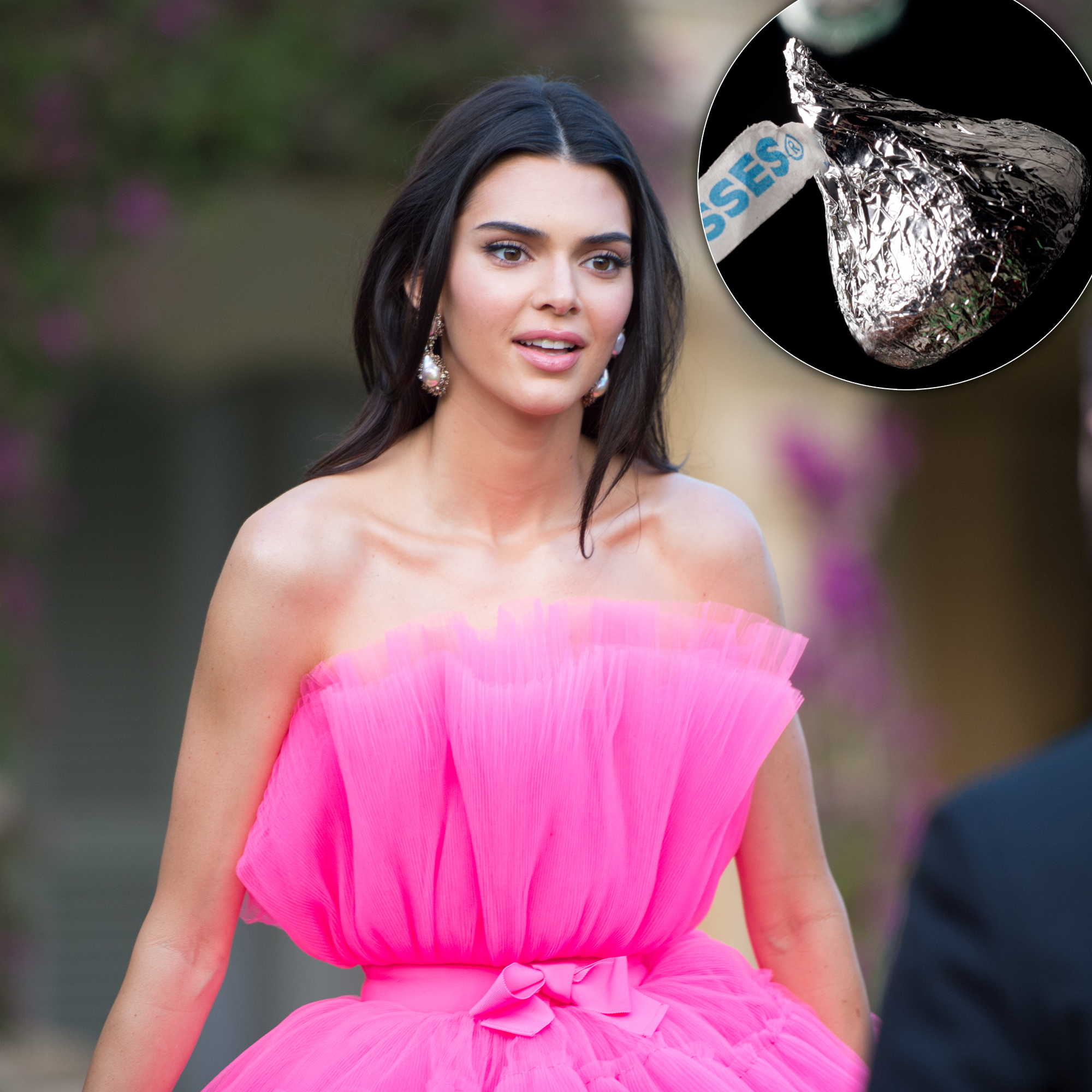 The food factoid was revealed as Jenner, 23, was catching up with sister Khloé Kardashian. As the Good American designer, 34, pops one of the well-known confections in her mouth, she calls it “pretty epic.”

Though Kardashian then admitted she hasn’t had one of the candies in “such a long time,” the bombshell her sister was about to drop is far less relatable.

“I’ve never had one,” the California native says of the popular, bite-size chocolate.

The reveal caused Kardashian to laugh and make a surprised face before adding, “That’s crazy,” but the Revenge Body host’s overall reaction to the news was surprisingly measured.

Even though Jenner had a chance to give a Kiss a try during her chat with her older sister, she passed up the chocolate in favor of a nearby gummy candy.

While Jenner’s aversion to Hershey’s Kisses might seem strange, it likely stems from the fact that the reality star is relatively new to chocolate in general. In fact, as she revealed on The Tonight Show Starring Jimmy Fallon in February 2019, she didn’t like the sweet treat for “most of her life.”

However, that all changed when the Proactiv spokesperson was “starving” while traveling in early 2018. “I had gotten off an 11-hour flight, and then was getting on a six-hour flight. We hadn’t taken off yet so they didn’t have the food out and the only thing I saw was, like, a baby Twix,” she told Fallon, 44. “And I was like, ‘You know what, I am desperate, I’m going to try this Twix.’ So I tried and I was like, ‘Jesus Christ, this is really good.’ It’s so good!”

That Twix, as it turns out, was life-changing for the Kendall + Kylie creator. “I’ve liked chocolate ever since,” she concluded. “I swear I’m, like, obsessed.”

Believe it or not, Kendall isn’t the only Jenner who has experienced a life-altering food moment recently. Back in September 2018, Kylie Jenner shocked the internet when she tweeted that she had just tried cereal and milk together for the first time. For the Kylie Cosmetics founder, 21, the popular combo was “life changing.”