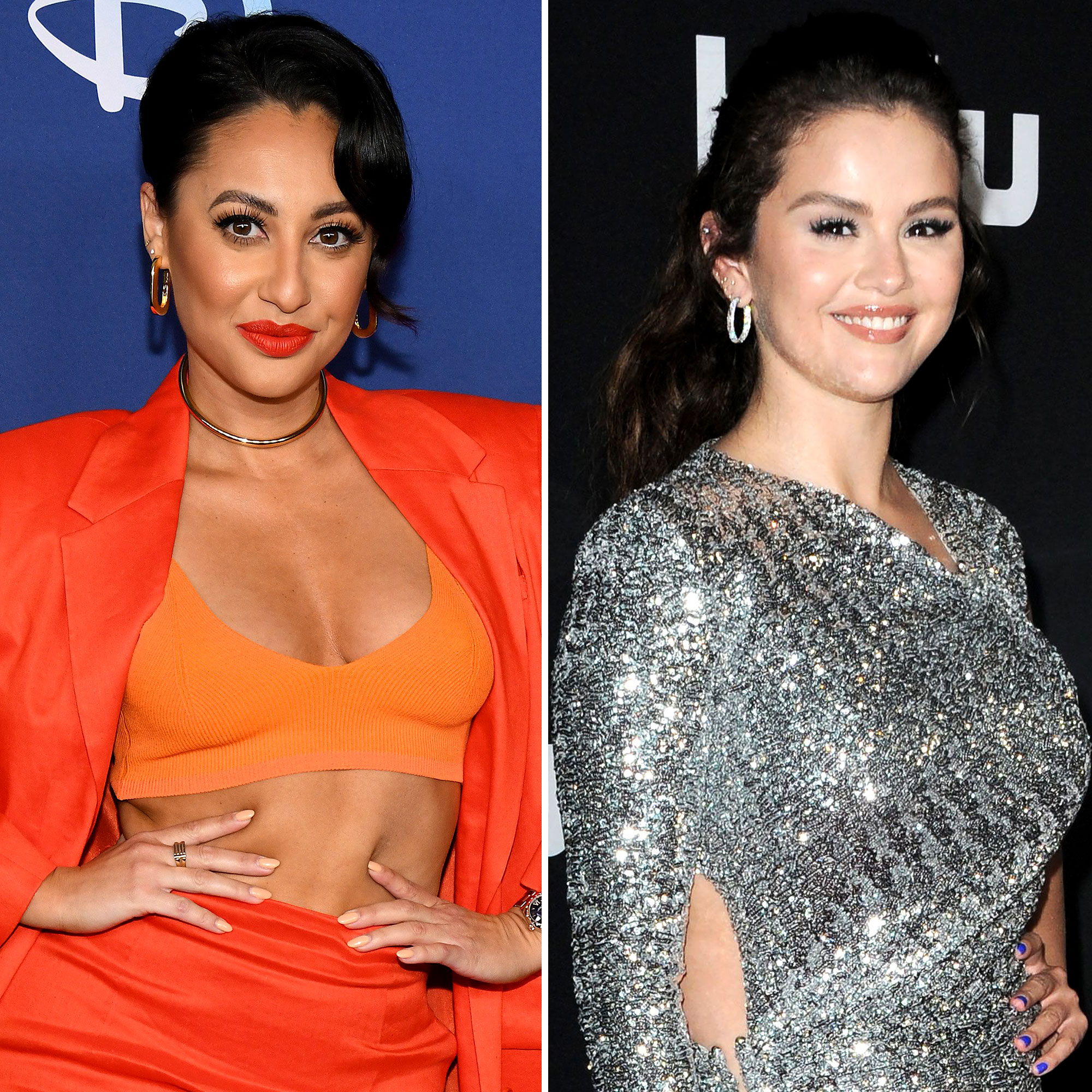 They’ve got jokes! Selena Gomez and Francia Raisa reunited for a fun challenge on TikTok — and the best friends weren’t afraid to get savage.

Gomez, 30, uploaded a video to her account on Wednesday, July 27, where she was joined by Raisa, 34, in a game about giving a score to a potential suitor with certain traits.

The How I Met Your Father star began, saying, “He’s a 10. But his breath stinks.” In response, Gomez asked, “And I can’t fix that?”

The duo continued to jump back and forth asking each other questions, with the Disney Channel alum saying, “He’s a 10 but he only likes to role-play Star Wars.” Raisa, for her part, responded, “Is it weird that I’ve never seen Star Wars?”

The Grown-ish actress then gave her friend a challenge, asking, “He’s a 10 but doesn’t like dogs.” Gomez pointed out that the option was a definite “no” for her.

Selena Gomez Through the Years: From ‘Barney’ to ‘Spring Breakers’ and Beyond

The Only Murders in the Building star ended the game, saying, “He’s a 10, but he hates your best friend.” The California native decided to have fun with her response, adding, “I hate her too sometimes,” before grabbing Gomez into a hug as they laughed. 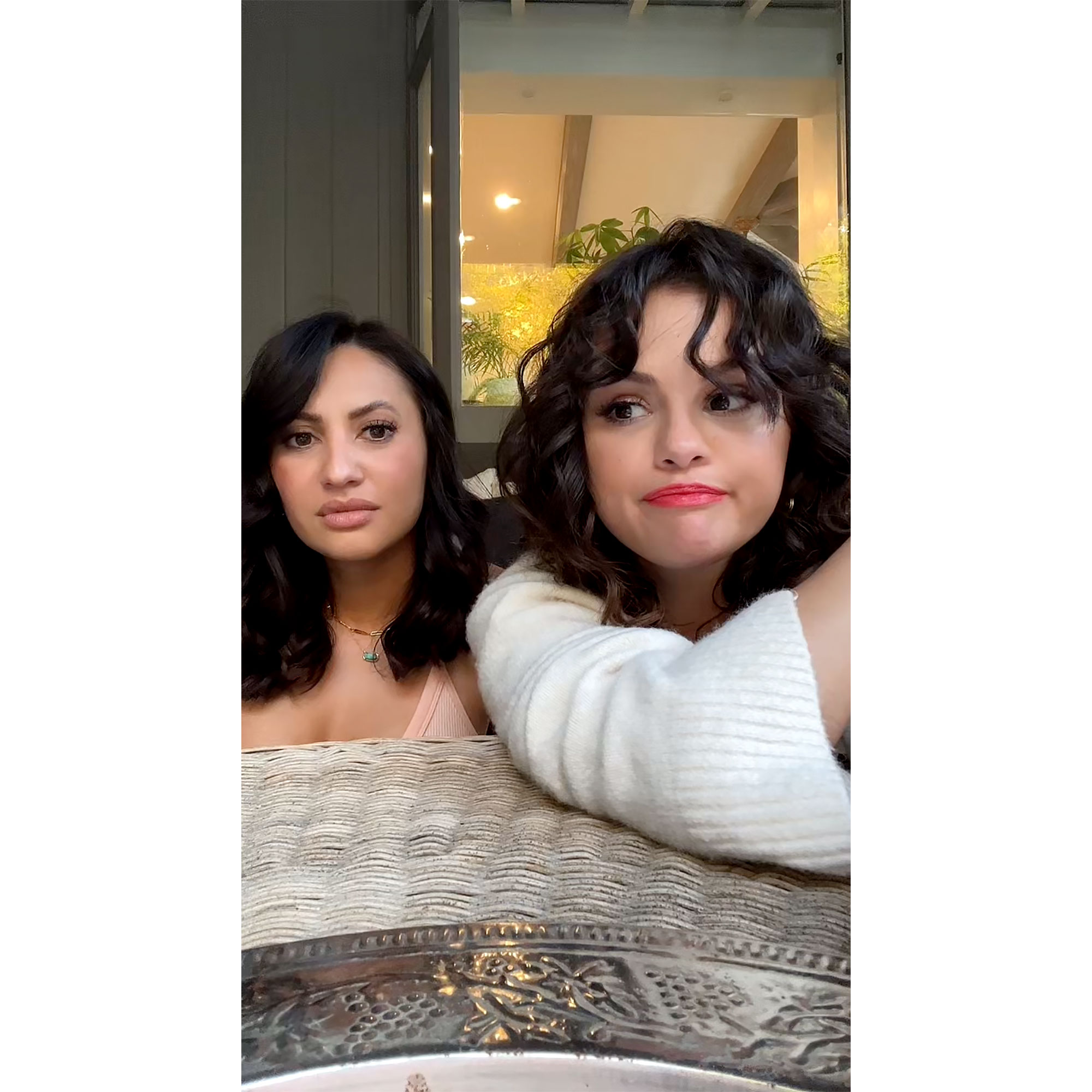 As Gomez’s fans know, the pair have been friends for over a decade. After meeting in 2007 while visiting a children’s hospital together, the actresses stayed in each other’s lives through the years.

In 2017, the Rare Beauty founder announced that she received a kidney transplant from Raisa amid her four-year battle with lupus. During the operation, Gomez broke an artery, which required another procedure to create a new one.

“So I found out I needed to get a kidney transplant due to my Lupus and was recovering. It was what I needed to do for my overall health,” Gomez captioned an Instagram photo of her and Raisa holding hands in the hospital in September 2017. “There aren’t words to describe how I can possibly thank my beautiful friend Francia Raisa. She gave me the ultimate gift and sacrifice by donating her kidney to me. I am incredibly blessed. I love you so much sis.”

Celebrity Health Scares Through the Years

The Secret Life of the American Teenager alum, for her part, later made a rare statement about the transplant in honor of World Kidney Day.

“If you’ve been following me for a while, you know that I’ve kept my kidney donation process pretty private. However, I think I’ve gotten to a point in my life where I feel comfortable and confident in speaking about my experience, and using my platform to raise awareness for the various kidney diseases that affect our population,” she tweeted in March 2021. “While I wasn’t affected personally by kidney disease, I’ve seen the impacts of it firsthand and want to do my part to help educate others on it.”

At the time, Gomez quote-tweeted the post and added, “Thank you for blessing me. I am forever grateful to you.”

Earlier this month, Raisa also showed support for her friend at the performer’s 30th birthday amid fan speculation that the duo were no longer in touch.