Gina Lollobrigida’s former toyboy husband, 61, who was 34 years her junior promises to be ‘front row’ at her funeral – despite their marriage being ANNULLED by the Vatican

Gina Lollobrigida’s former toyboy husband has promised he will be ‘front row’ at her funeral – despite their marriage being annulled by the Vatican.

Javier Rigau, from Spain, first become romantically with the late Italian actress – who passed away at the age of 95 yesterday – in 2006.

Speaking to Spanish newspaper ABC, the Catalan businessman claimed Gina asked to see him before her death – despite the fact they were locked in legal battles over the past decade.

He said: ‘It’s all very sad. Gina had me contacted through her son and last Friday we were able to say goodbye to each properly with her son and grandson. 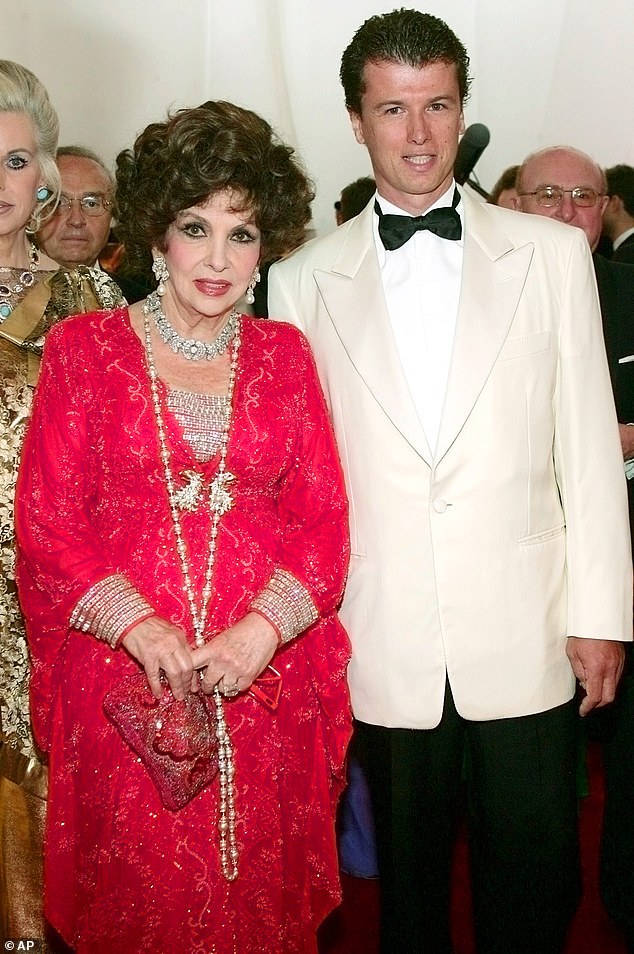 Gina Lollobrigida and ex-husband Javier Rigau Rifols pictured at the 56th Red Cross Ball in 2006. The couple – who had a 34 year age gap – announced their engagement that year

‘From that day I’ve been staying at a hotel a few feet away from the clinic.

‘I’ll stay with her son and grandson to organise the funeral where I will be in the front row.’

In 2006, the late Italian actress announced she was engaged to boyfriend Javier Rigau, who was 34 years her junior.

But two months later, the screen icon called off the nuptials. In November 2010, Gina alleged Javier staged a wedding in an attempt to get his hands on her fortune. 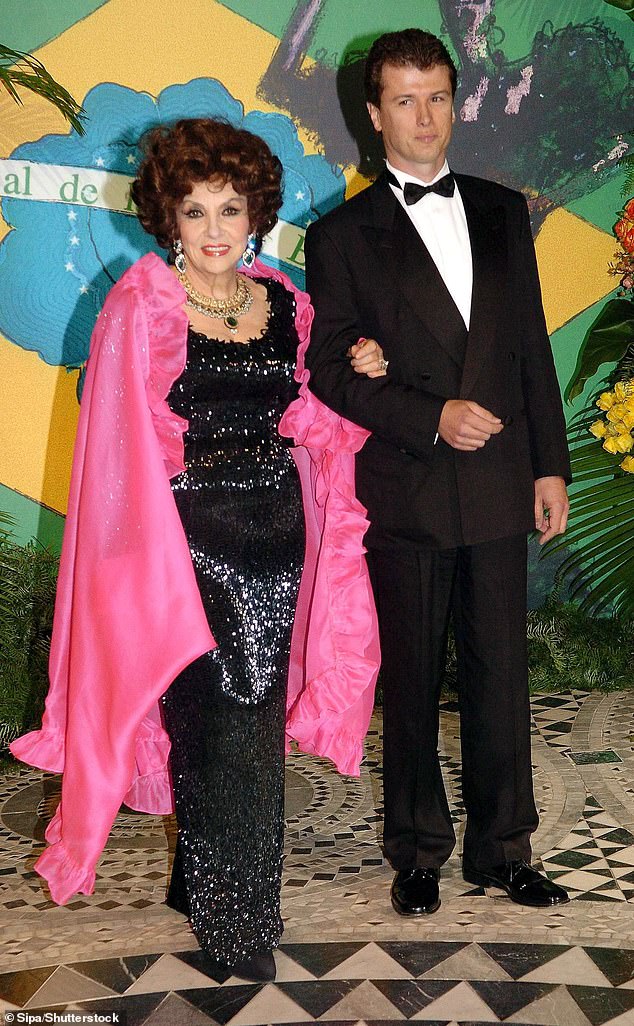 Gina and Javier’s marriage was annulled by the Vatican in 2019, nine years after the actress claims her ex staged a fake wedding in a bid to steal her fortune

Six years later, she claimed in an Italian fraud and forgery trial that they had never consummated their relationship.

She also claimed he tricked her into signing a power of attorney document following years of dating which Rigau says started when they met at a party in Monte Carlo in 1984 when he was 23 and Lollobrigida was 57.

The actress – who starred alongside the likes of Humphrey Bogart and Frank Sinatra in her heyday and was often described as ‘the most beautiful woman in the world – said: ‘Even when we went travelling we slept in separate rooms and we never had intimate relations.’

In response, Javier shot back that the first thing Gina had taught him to say in Italian was: ‘Let’s be together. Let’s f***.’

He told Spanish website Vanitatis at the time: ‘It’s caused me great pain seeing Gina saying the things she has against our marriage. 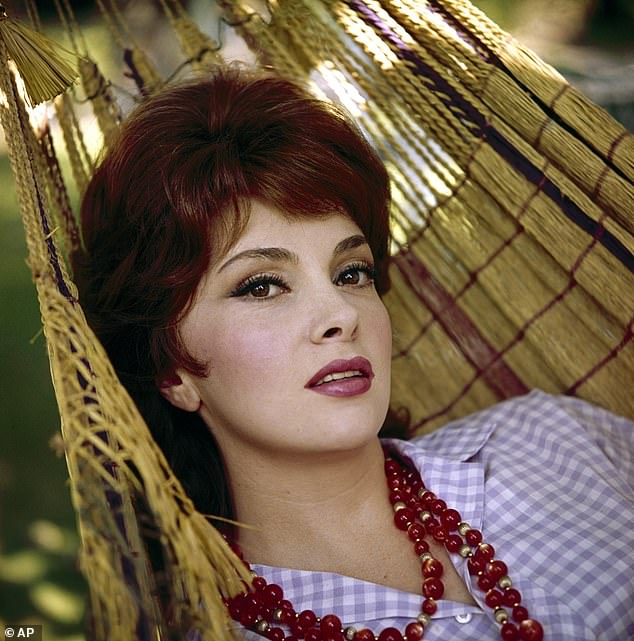 Gina pictured at the height of her fame in the 1950s. The actress passed away at the age of 95 yesterday 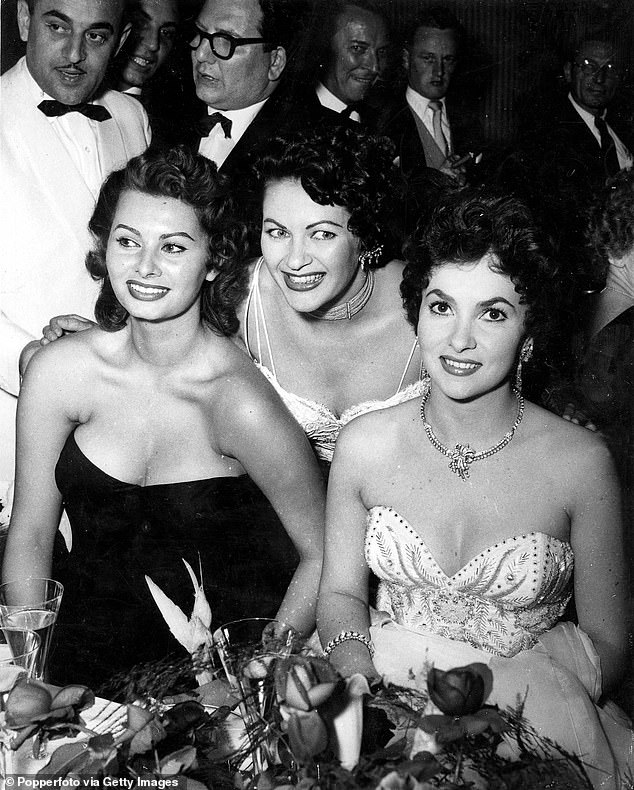 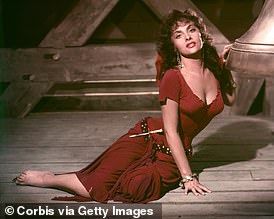 ‘If I say how old she was when she went to bed with me, I wouldn’t show her in a good light.’

She launched legal action in Italy against the Spaniard after a court in Barcelona closed its probe into allegations Rigau attempted to swindle his former partner through the proxy marriage at a civil ceremony in the Catalan capital.

He insisted in a February 2013 UK newspaper interview: “Gina and I married for love and despite everything I still love her very much.”

Speaking after the Vatican annulment of the marriage, Javier said: “The Pope has seen fit to make a Solomonic decision. Thus, hearing only one of the parties and in view of her advanced age, he has granted her the waiver to annul the marriage, but recognizing its full validity from the beginning.”

He has consistently claimed the actress denied knowledge of their wedding after coming under the influence of manager Andrea Piazzolla who her family has accused of defrauding Gina.

Gina had been hospitalised for some time at the Rome clinic where she died after undergoing an operation in September for a broken femur.

Once known as the Mona Lisa of the 20th century thanks to her beauty, Miss Lollobrigida was a legend of 1950s and 60s cinema, who later moved away from the film world to take up photography and sculpture.

She even made a foray into politics last year, standing in the Italian general election just after her 95th birthday, though she failed to gain election to parliament. 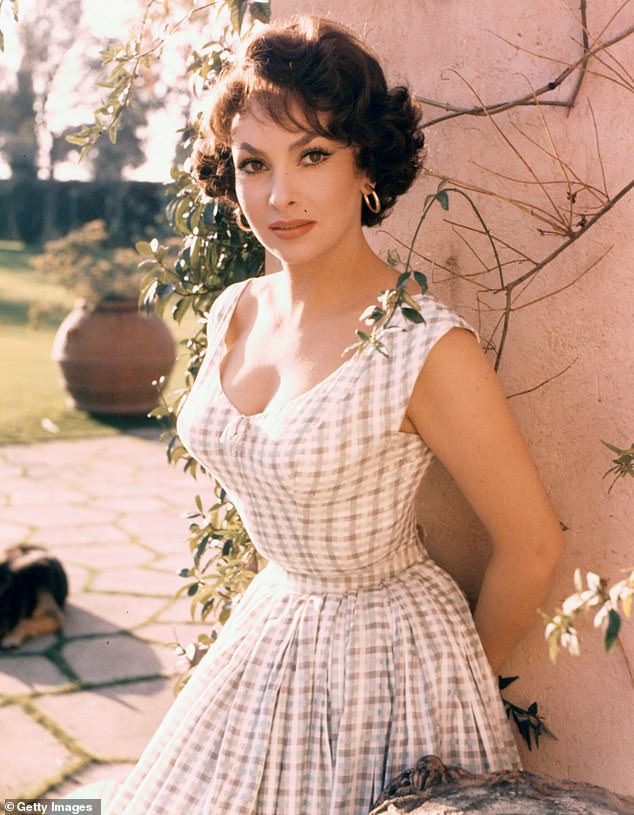 This followed her unsuccessful bid to stand in the European Parliament in 1999, representing Romano Prodi’s centrist Democratici party.

Known as ‘La Lollo’, at the height of her fame in the 1950s and 1960s Miss Lollobrigida was an international sex symbol and one of the leading stars of Italian post-war cinema – rivalled only by Sophia Loren, with whom she had an ongoing feud.

Leading the tributes to Gina, according to Variety, Loren said in a statement she ‘is deeply shaken and saddened’ by the news of Lollobrigida’s death.

There was still some apparent ill-feeling as recently as 2017, with Miss Lollobrigida telling an Italian newspaper that she ‘was not looking for any rivalry against anyone’, while describing herself as the ‘number one’.

The pair had reportedly shared a war of words, with Miss Loren, now 88, describing herself as the ‘bustier’ of the two, and Miss Lollobrigida retorting that her rival could ‘play a peasant, but never a lady’.

But Miss Lollobrigida dismissed the feud as a PR invention kept alive for decades by Miss Loren’s team.

Paying tribute to Miss Lollobrigida, Italian culture minister Gennaro Sangiuliano said: ‘Farewell to a diva of the silver screen, protagonist of more than half a century of Italian cinema history. Her charm will remain eternal.’