Operation Chatty Rat catcher: GLEN OWEN reveals the inside story of the hunt to find the leaker who bounced Boris Johnson into lockdown

The men in dark suits rapped on the doors of the Cabinet ‘doves’ as the nation settled down to watch Strictly Come Dancing last Saturday evening.

The celebrity dance show was running late because Downing Street had crashed a press conference by Boris Johnson into the prime-time schedules – a rushed and chaotic response to a leak in that morning’s newspapers.

Standing at the door of senior Minister Michael Gove’s West London home was a Government security specialist, who entered the house and demanded to see his mobile phone, before examining his calls, text messages and WhatsApp conversations.

Health Secretary Matt Hancock was also quizzed forensically by investigators about his activities over the previous 24 hours, as were his aides. The officials were acting on the orders of the Cabinet Office, after a furious Mr Johnson ordered Cabinet Secretary Simon Case to find the mole described by a senior source as a ‘chatty rat’ at the heart of Government. 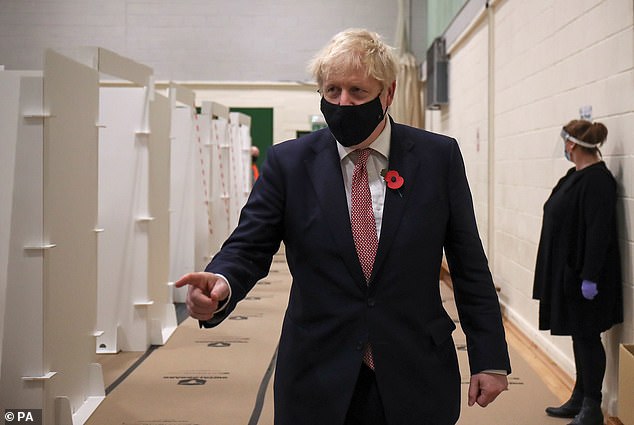 The ‘rat’ told Saturday morning’s newspapers that the previous day’s meeting of the all-powerful Covid Quad committee had decided to introduce a second national lockdown within days: anti-lockdown hawks in the Government claim that Mr Johnson had intended to spend the weekend studying the most recent and accurate data – and discussing it with the rest of the Cabinet – before deciding whether to extend his regional system of tiered restrictions instead.

They say that whoever was behind the leak had compelled the Prime Minister to rush into another economically ruinous lockdown, based on now-discredited predictions of up to 4,000 Covid deaths a day by Christmas. Pro-lockdown doves in the Cabinet dispute this, saying that the leak merely accelerated a decision that was inevitable.

Mr Johnson’s anger over the leak was compounded by the fact that the ‘dodgy dossier’ containing the flawed statistics, which was broadcast to the nation on a PowerPoint presentation, was riddled with those errors because the rat had forced it to be presented in a rush two days earlier than planned.

Suspicion inevitably fell on the ‘doves’ in the Quad – Mr Hancock and Cabinet Office Minister Mr Gove – who had been pushing for a new shutdown against the opposition of Chancellor Rishi Sunak.

Mr Johnson, who makes up the fourth member of the Quad, messaged Tory MPs after the leak to say: ‘Folks – so sorry that you’ve had to hear about all this from the newspapers today’; and a source then told The Mail on Sunday: ‘Our rat, whoever it is, seems to be very chatty at the moment.’ 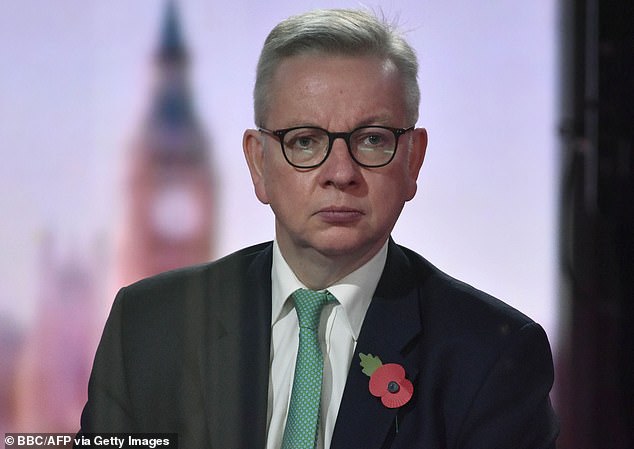 Standing at the door of senior Minister Michael Gove’s (pictured) West London home was a Government security specialist, who entered the house and demanded to see his mobile phone, before examining his calls, text messages and WhatsApp conversations

Mr Hancock fought back angrily against subsequent Government finger-pointing, telling No10 that he had been unfairly blamed for the leak and he wanted the inquiry to ‘take the phones off everyone in the room – up to Cabinet level’ to exonerate him.

As the infighting deepened on the evening of Mr Gove’s house call, Mr Hancock phoned Mr Sunak to deny being the source and to ask if he was accusing him: Mr Sunak said that he was not. Mr Sunak had been interviewed earlier in the day by the investigators – but not asked to hand over his phone.

A source close to the Chancellor said last night that it was because the investigators could examine the contents of phones only if they had ‘reasonable grounds to suspect’ a security breach: Mr Sunak has been as angered by the effects of the leak as Mr Johnson.

Sources say that Mr Hancock had also been visited at his home under ‘Operation Chatty Ratcatcher’ and told to surrender his phone, although a spokesman for him declined to comment last night.

A source close to one member of the Quad said: ‘Whenever there is a leak inquiry, the prime suspect is the person who has most to gain. In this case that person is Matt Hancock.’ 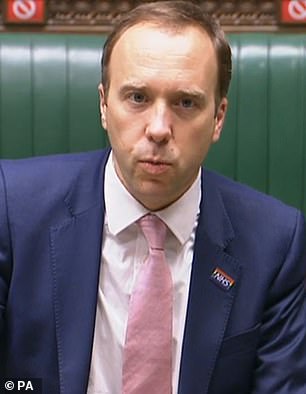 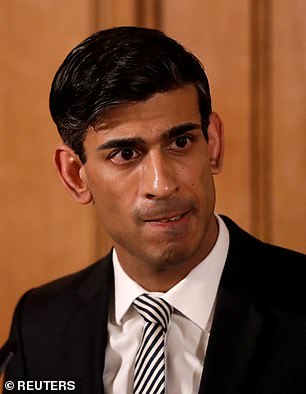 As the infighting deepened on the evening of Mr Gove’s house call, Health Secretary Matt Hancock (left) phoned Chancellor Rishi Sunak (right) to deny being the source and to ask if he was accusing him

But a Government adviser said: ‘The initial suspicion fell on Hancock but he has been so furious in his denials, and keen for the investigators to examine his phone, that the people around Gove are now the focus of the investigation. When Michael was Education Secretary, Dominic Cummings [the Government adviser and a long-standing ally of Gove] used to do stuff like this all the time on his behalf, if not with his knowledge.’

In response, one of Mr Gove’s allies said last night: ‘Michael and members of his staff have co-operated fully with the inquiry and were happy to submit their phones for examination given they have nothing to hide.’ Mr Gove strenuously denied being the rat when he was interviewed last week.

The investigators have also been carrying out ‘long and difficult’ interviews with other officials and advisers at the meeting in addition to those special advisers working for the Quad Ministers who were not in attendance.

Sir Simon Stevens, the doveish head of the NHS, was present at an earlier meeting between the Quad and scientific experts but is not being investigated, NHS sources say.

The investigation is understood to be ‘very serious’ and ‘not just one of those “show us your texts” jobs’, according to sources, with Ministers and advisers now ‘terrified of saying anything to anyone’.

If the rat is identified, No10 expects them to have ‘no option but to resign’. The sequence of events has also angered the swelling ranks of lockdown opponents on the Tory backbenches, led by former leader Sir Iain Duncan Smith.

They blame the leaker for forcing Mr Johnson into a politically embarrassing U-turn from his view, just three weeks ago, that a full lockdown would ‘shatter our lives and our society’.

It is understood that Commons Speaker Sir Lindsay Hoyle would call for the culprit, if identified, to apologise at the Bar of the Commons, a punishment which has not been meted out for more than 60 years.

Sir Lindsay said Mr Johnson had gone to ‘great lengths to reassure me that the leaks were not from Downing Street’ and remind the PM to keep the Commons ‘updated on his leak inquiry’; he wants the guilty party – if it turns out to be a Government adviser, not a fellow MP or Minister – to be ‘called to the Bar of the House’ for contempt of Parliament. The humiliating sanction was last used in 1957 when the then Daily Express editor

Sir John Junor dared to allege some MPs were abusing parliamentary petrol rations. Sir Iain told The Mail on Sunday: ‘What happened just over a week ago was an outrageous contempt of the Commons and the British people on an issue of the utmost importance to the country.

‘If it turns out to be a Minister, they should of course be forced to apologise to the Commons and then be sacked. ‘But if it’s an official, they should be made to come to the bar of the House and face the anger of MPs and most of all of the Speaker.’

In the Commons last week, Mr Hancock nodded his agreement as Sir Iain said that whoever was responsible for the ‘appalling’ leak ‘should be sacked, strung up to dry, made to come here to apologise and grovel out the door on their hands and knees, and beaten on the way out’.