A local council has been told future funding from the Morrison government may be cut if it does not build commuter carparks in Bentleigh and Elsternwick.

The Glen Eira council in Melbourne’s south-east is in the process of reporting back on community consultation about building the $20 million commuter car parks after it commissioned independent research which found the car parks would increase congestion.

In a letter seen by The Age, federal Minister for Urban Infrastructure Paul Fletcher told Glen Eira’s then Mayor Cr Margaret Esakoff in September that in assessing future infrastructure proposals to be delivered by the council a “range of factors” would be considered. 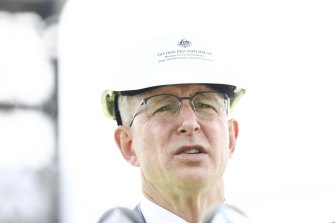 Mr Fletcher said these included the government’s infrastructure priorities and the council’s ability to deliver on its own priorities.

“I trust council will consider this issue before taking any decision to cancel these two commuter car parks,” Mr Fletcher wrote in the letter. “Such a decision could well have the long-term consequence of reducing the chance of future applications for Commonwealth funding for the City of Glen Eira being successful.”

The commuter car parks have been criticised by the Auditor-General which found the federal government’s $660 million scheme was targeted at marginal seats rather than those in need.

The Bentleigh and Elsternwick car parks are both in the federal seat of Goldstein which is a key contest ground for the government with former journalist Zoe Daniel announcing last week she will run against the incumbent Liberal MP Tim Wilson.

Mr Fletcher said he had been advised by Mr Wilson that there may be a “misconception” among councillors that if the council rejected the government’s funding for the car parks it could use it for other purposes.

Glen Eira councillor David Zyngier said he was shocked by the letter.

“I was appalled to read the threat implied in the minister’s letter to our council,” he said. “I would have thought that all funding applications would and should be based on their merits and not on whether council accepts the offer of money for so-called congestion busting.”

Cr Zyngier said an independent report by Veitch Lister Consulting found the proposed commuter car parks would not remove cars from the road but actually increase congestion around the car parks, as drivers struggled to find a place to park. He said the report found that for every three additional carparks created only one car was removed from a trip to the CBD.

“Currently the four-storey commuter carpark at Elsternwick Station is not full on any work day, so the need for additional commuter parking in Elsternwick is unnecessary,” he said. “The whole proposal is a ‘solution looking for a problem’ and is being investigated by a Senate Committee.”

Glen Eira mayor Cr Jim Magee said the council had always had a good relationship with all levels of government regardless of political affiliation and he expected that to continue. 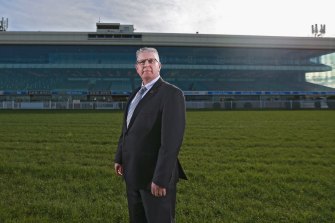 Jim Magee in 2015, before he became Glen Eira mayor.Credit:Wayne Taylor

“We expect that all future funding decisions will be made transparently on the basis of need and merit,” he said.

Minister Fletcher declined to comment on the letter or on whether similar letters had been sent to other councils.

The Glen Eira council concluded its community consultation on the commuter car parks this month and is expected to report on its findings at a meeting on December 14.