The One Direction break-out star released his newest music video for “Golden,” the fifth single from his second solo album, “Fine Line.” The pop song’s title matches the video, which features a bronzed Styles running, swimming and driving along the Amalfi Coast, bathed in golden-hour light.

The tatted-up star and Stevie Nicks BFF gave fans a show in the three-and-a-half-minute video, with scenes of Styles sprinting through a tunnel and up a cliffside path, underwater clips and five different outfits.

The 26-year-old is a notorious clothes horse, not to mention a Gucci ambassador, and wore a dramatic chiffon gown in a video for “Falling,” another song off of “Fine Line.” The record, which was released last year, debuted at No. 1 on Billboard’s Top 200 list in the US. The fourth single, “Watermelon Sugar,” was the singer’s first single to top the Billboard Hot 100 list in August.

For “Golden,” Styles went with a more dressed-down look: a billowing white linen button-down paired with athletic shorts to run and a pair of perforated white driving gloves behind the wheel of a vintage-looking convertible. In another scene, he wore a light blue double-breasted sports coat.

Of course, he also went shirtless, showing off his many chest tattoos, paired with high-waisted, wide-legged patterned pants and a yellow rain hat for a few cliff-centric takes. 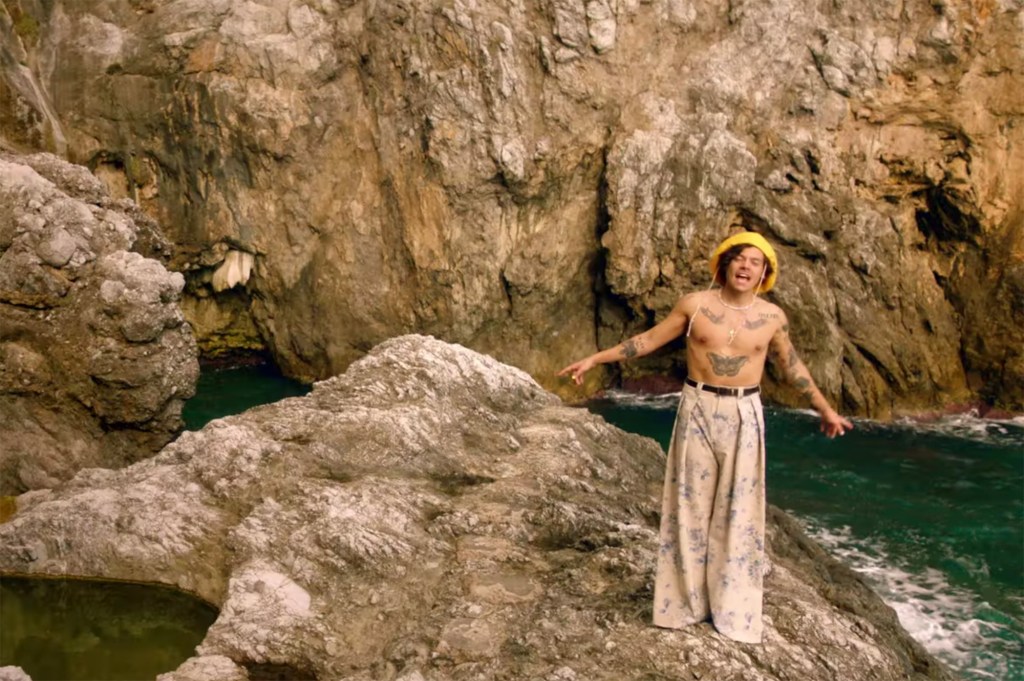 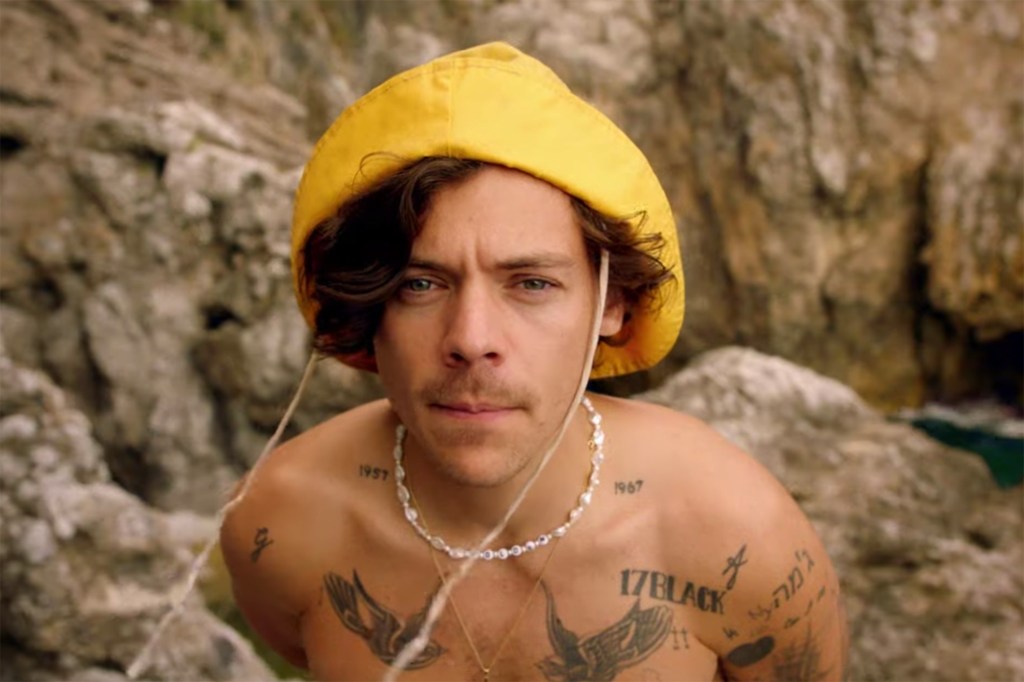