Family group chats are usually funny – but these exchanges between parents, grandparents and youngsters are especially entertaining.

Instagram page Your S***** Family, which has just under one million followers, compiles some of the best family text messages captured in a screenshot.

Social media users from all over the world send the page their screenshots of the most awkward, hilarious, embarrassing and weird conversations had with their loved ones.

After forgetting what her Netflix password is, one mother asked her children what it might be on her family group chat, only to get made-up crude password suggestions.

One woman who was cooking up a spicy storm cut up some jalapeños for the dish, only to touch her private area moments later – and couldn’t resist telling her daughter all about the mishap.

Here are some of the best from their Instagram page. 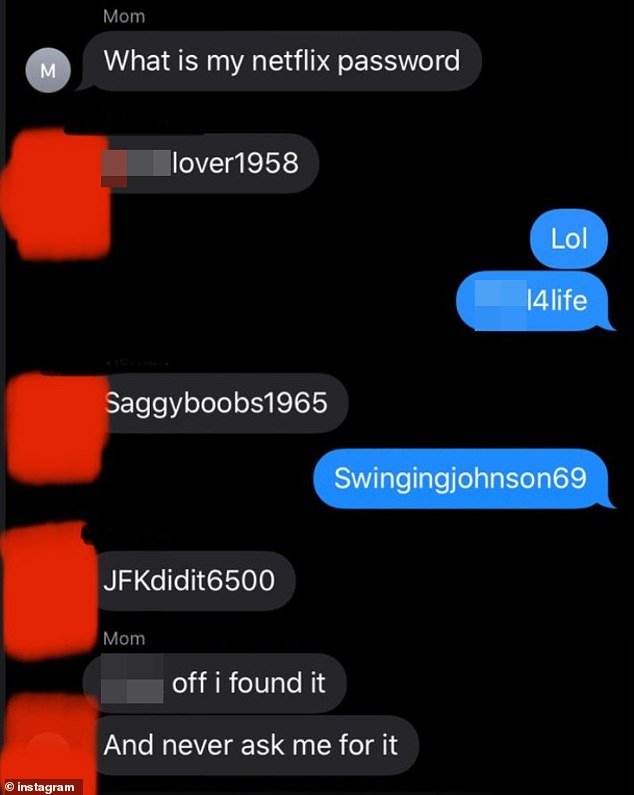 Kids, what’s my Netflix password? This mother was faced with silly suggestions for what she should try 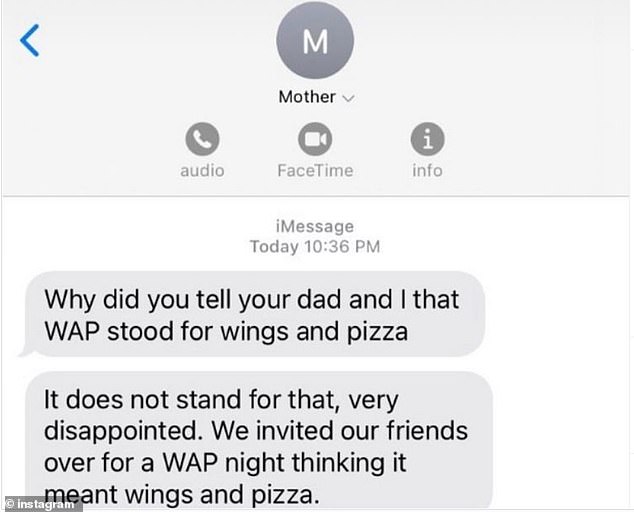 This mother is ‘disappointed’ in her child for not being honest about the meaning of acronym ‘WAP’, and was shown up at a dinner party for it 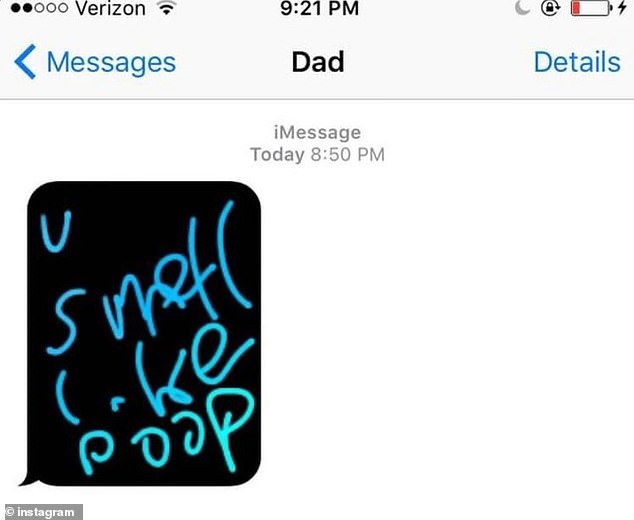 How lovely: This dad sends a picture text to tell his child they don’t smell particularly great 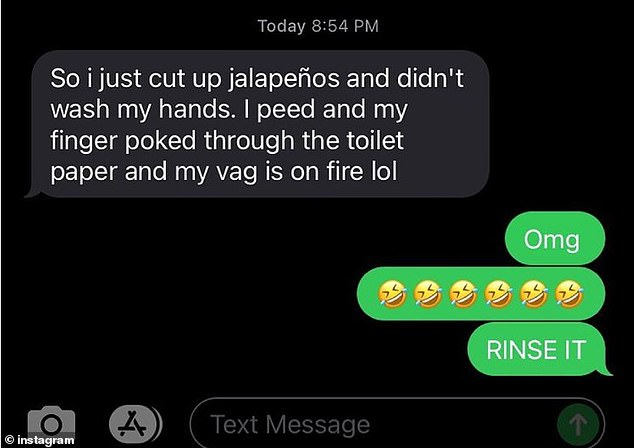 One woman who was cooking up a spicy storm cut up some jalapeños, only to touch the wrong area moments later 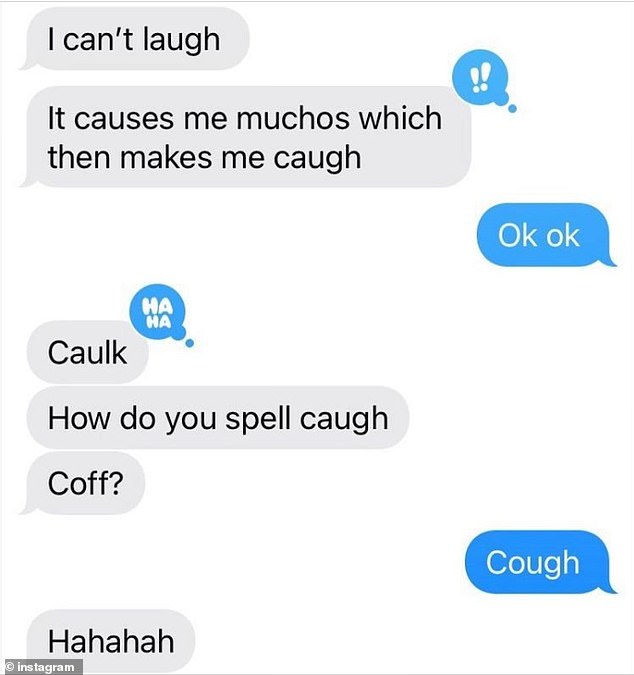 This family member had no idea how to spell ‘cough’, coming up with ‘caugh’, ‘caulk’ and ‘coff’ instead 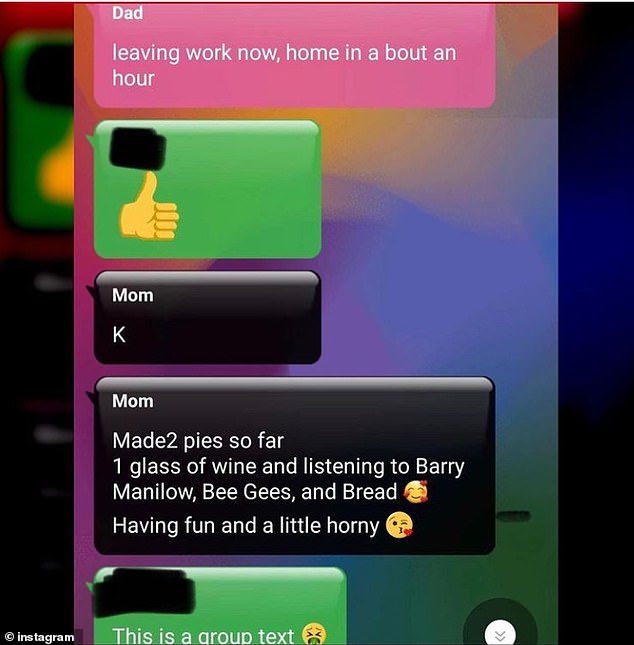 Oops! This mother didn’t realise her message was to the group chat, including her entire family, and sends a cheeky add-on to the end of a mostly wholesome message 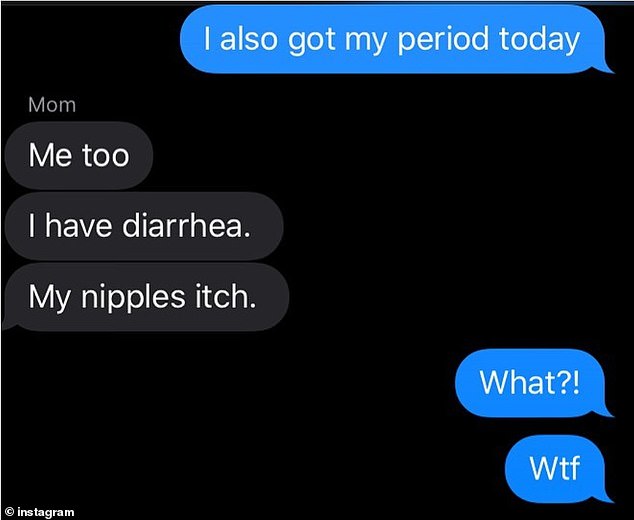 Too much information! A daughter messaged her mother to say she is on her time of the month, and gets a response with a little too much detail 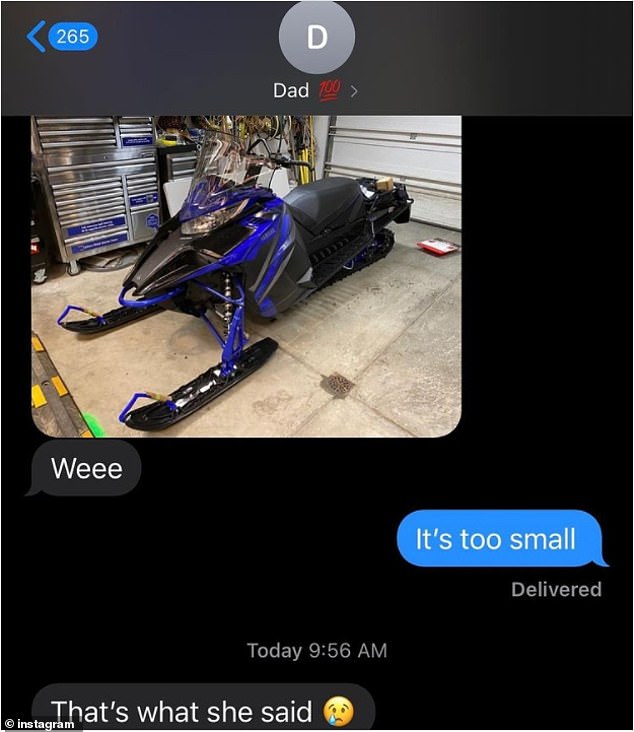 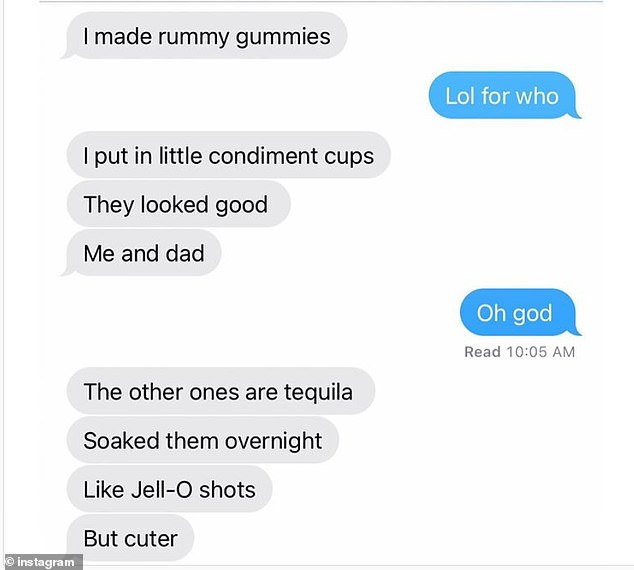 Boozy! This mother knows how to party, and lets her child know drinking plans she has in store 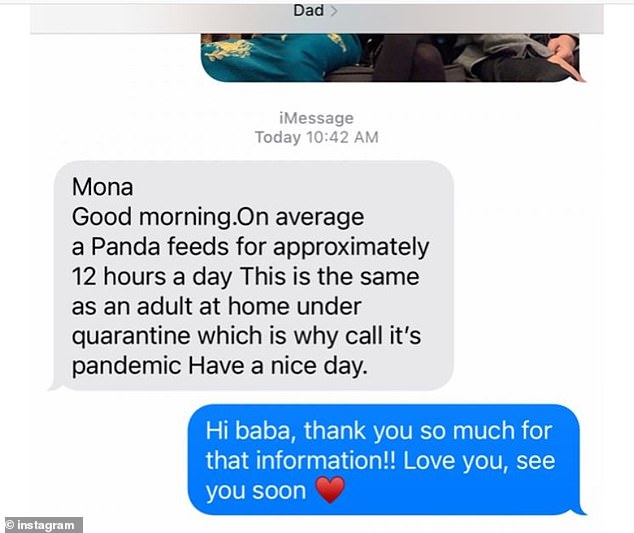 How sweet! This dad makes his daughter’s day by sending her a funny, albeit false, theory on why the pandemic is called the pandemic 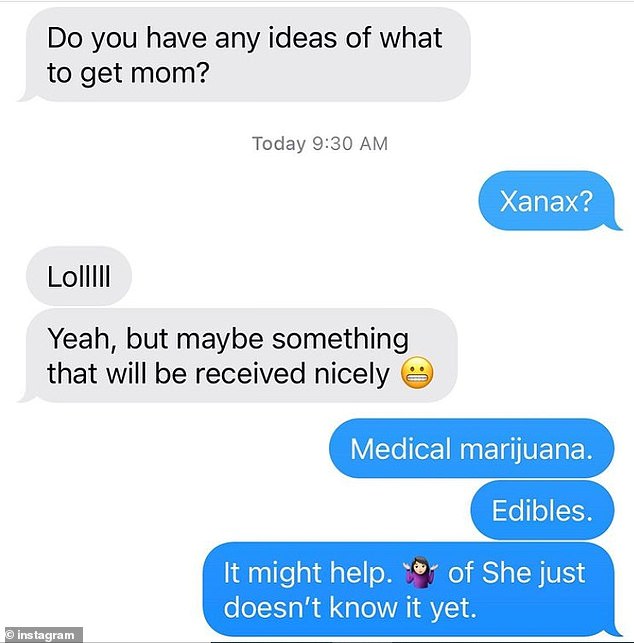