Feline dramatic! Hilarious photos capture cats most melodramatic moments – from being left outside in the garden to being forced to have a bath

Cats can get a bad reputation with many dismissing them as cold, unfriendly animals.

But the independent pets certainly have a softer side, and their sassy attitudes can be hilarious.

A gallery compiled on defused.com featuring social media snaps from around the world shows domestic cats at their most animated, from giving their owners a dirty look to refusing to have a bath.

Here, FEMAIL takes a look at the dramatic felines who have given Oscar-worthy performances… 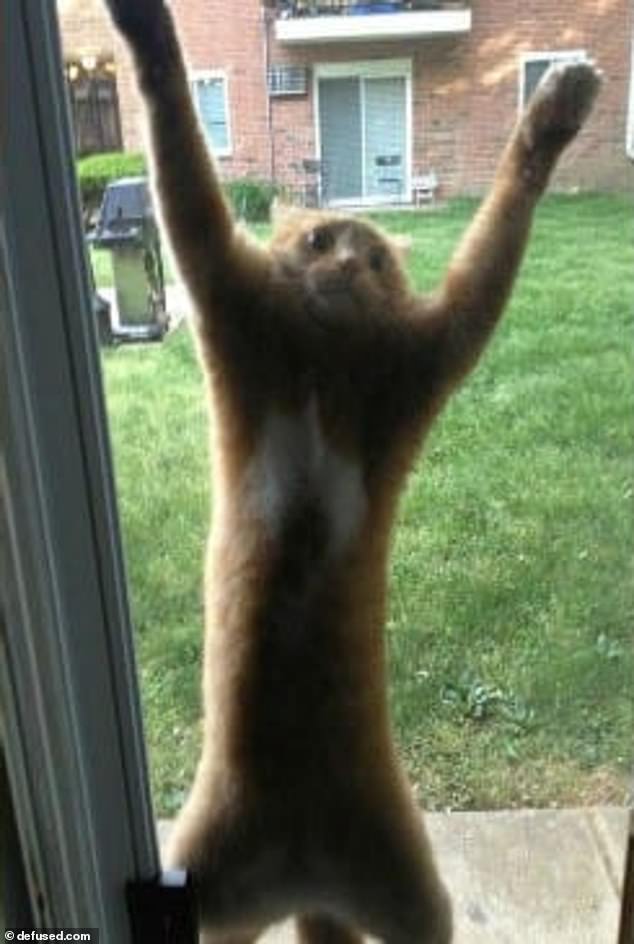 Cat or monkey? It’s not quite clear what this bounding kitten was aiming to do, but it doesn’t look like a very comfortable position 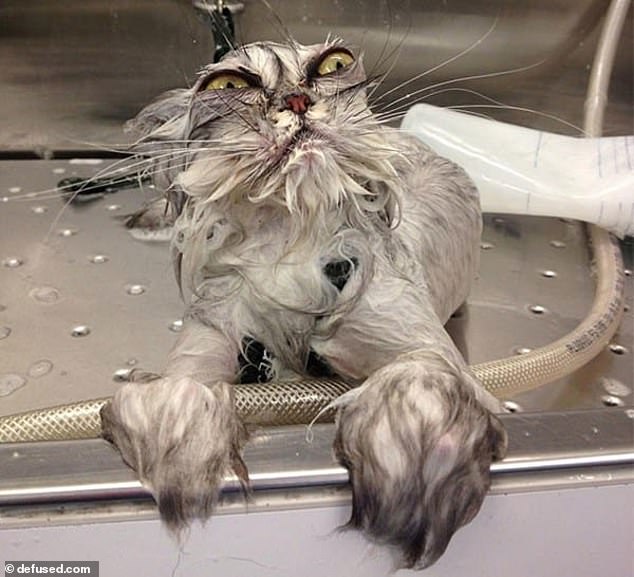 This poor kitty, who very much did not want to have a bath, gave a furious scowl as it tried to escape from the bathtub 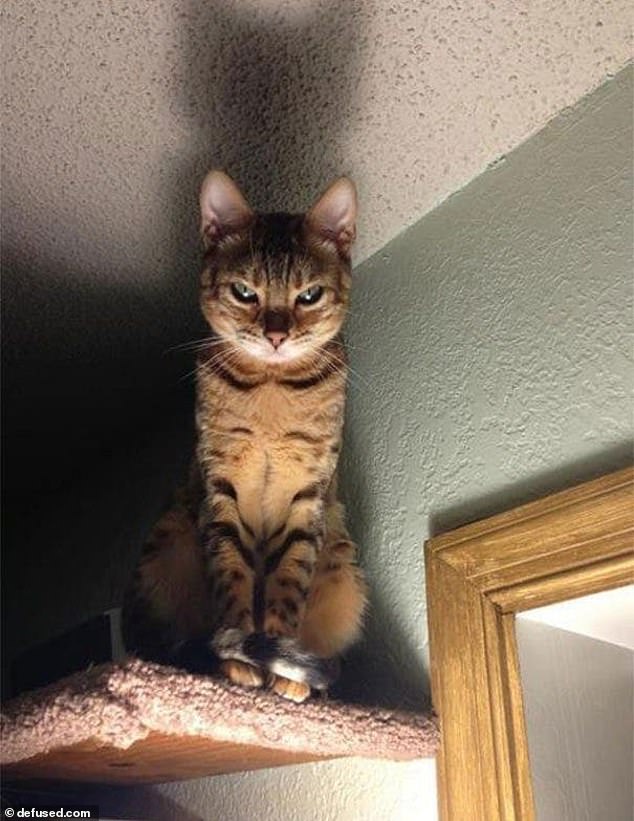 The owners of this feline, who lined up perfectly with a glowing lamp, might want to sleep with one eye open 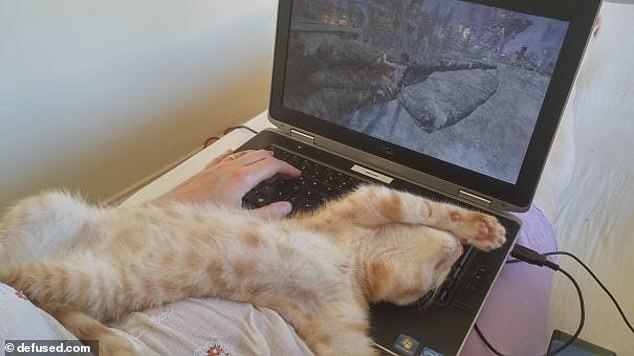 Sometimes our feline friends just want attention, and what better way to grab it than sprawling out across the keyboard while their owner is trying to use the laptop

Press the snooze button! This little kitty really didn’t want to get out of bed in the morning – and made sure its owner knew all about it 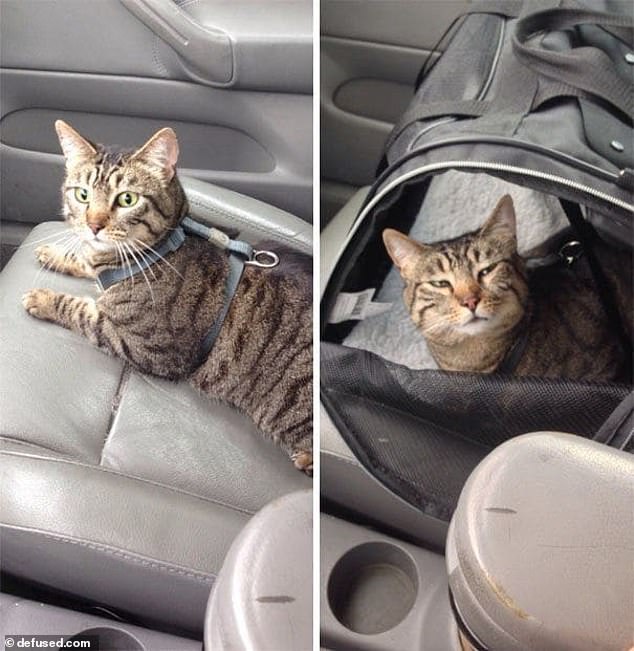 This cat, who thought it was going on a fun day out with its owners, quickly changed its tune when it realised it was being put in the cat carrier 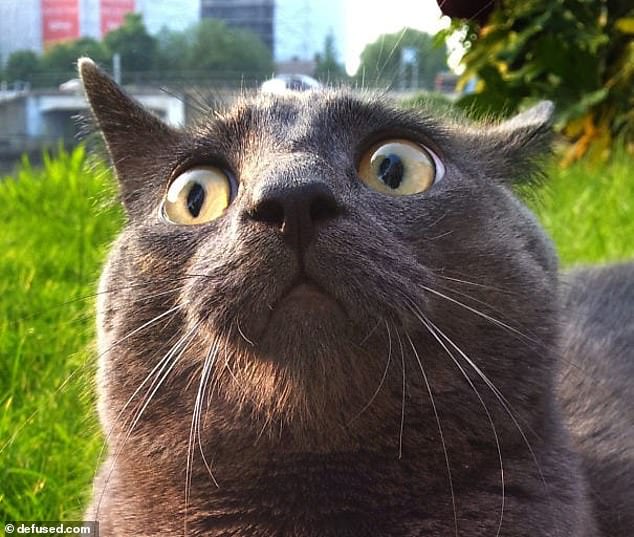 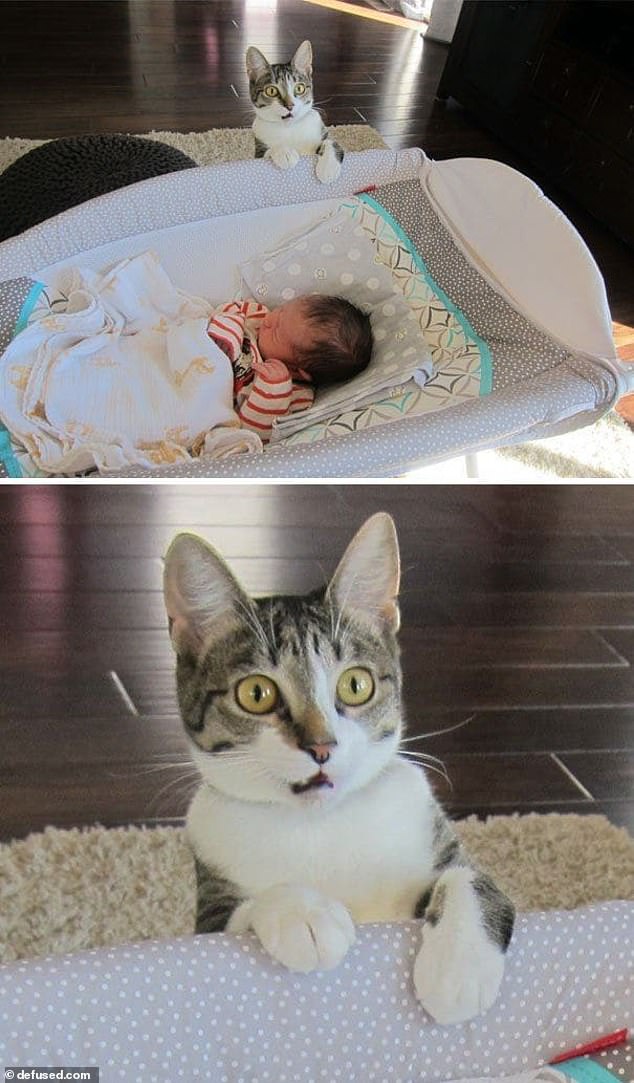 This kitten, who is used to being the centre of attention, is absolutely dismayed at meeting its new sibling 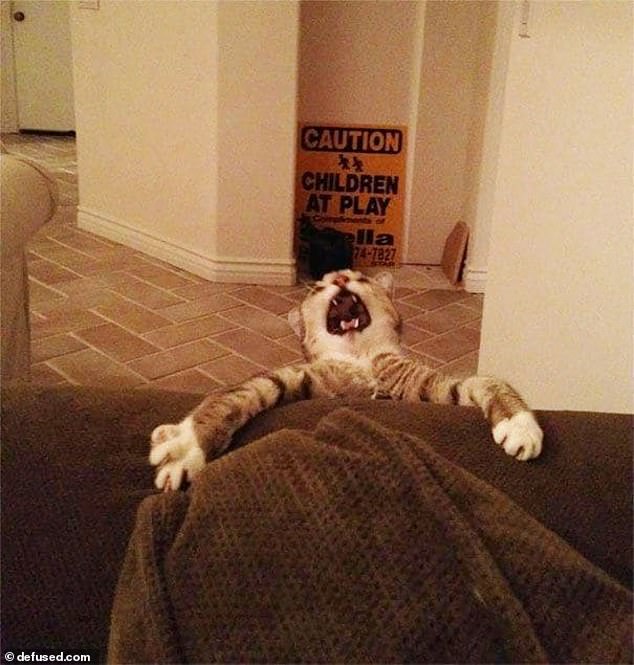 Sometimes the jump up to the sofa isn’t quite as easy as it looks, which can result in a landing that doesn’t look particularly elegant 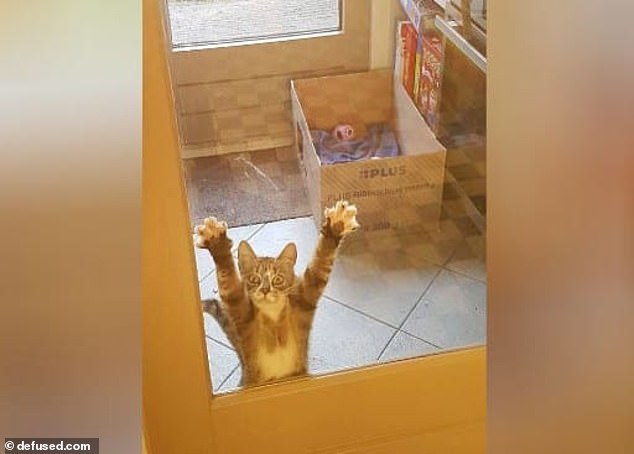 This feline, who has been locked out of the room, is making sure to get the attention of its owners 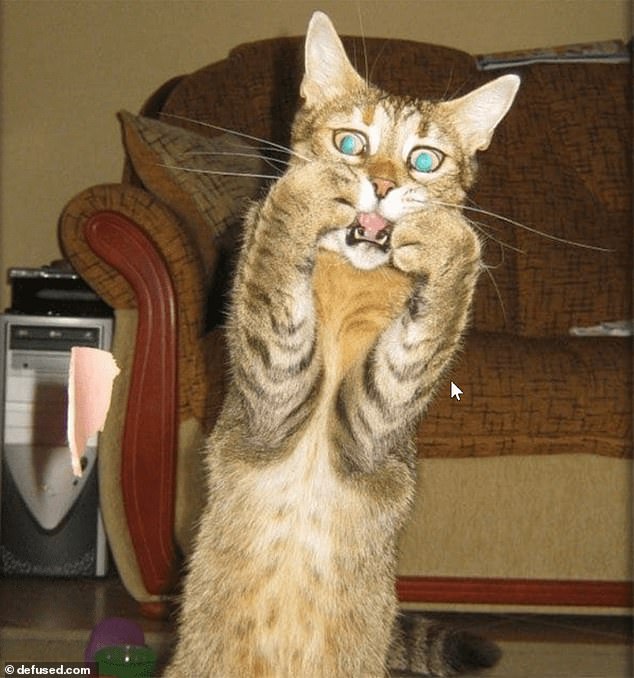 This cat, who perhaps doesn’t like having its picture taken, has been caught at exactly the wrong moment 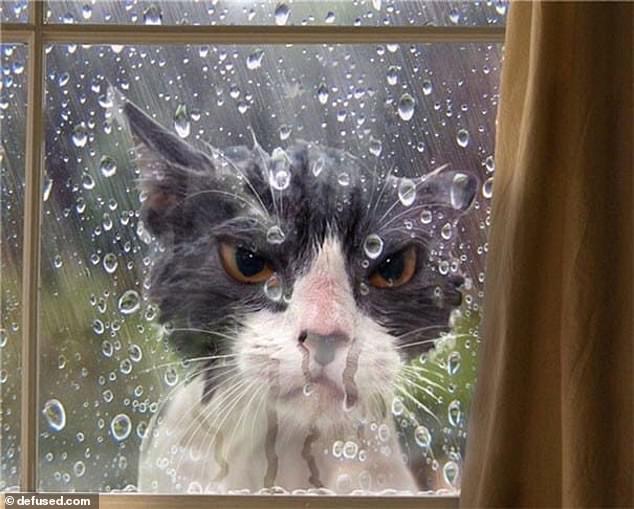 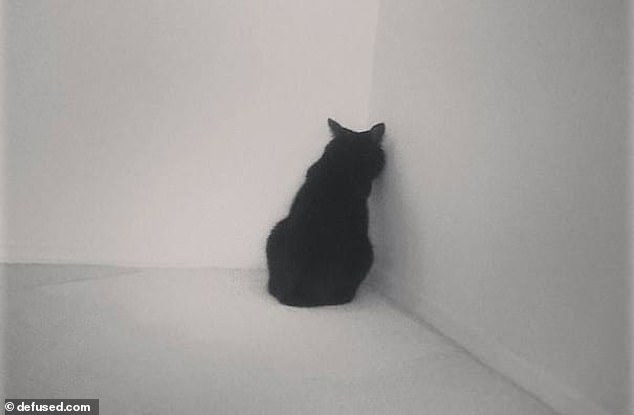 This black cat appears sick and tired with its owners and has refused to even look at them, preferring to stare at the wall instead 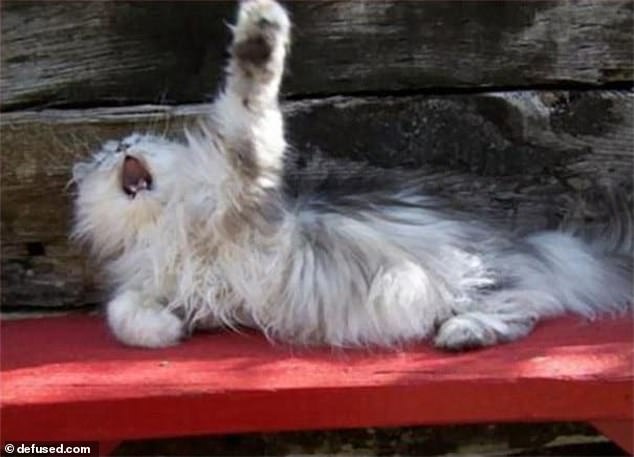 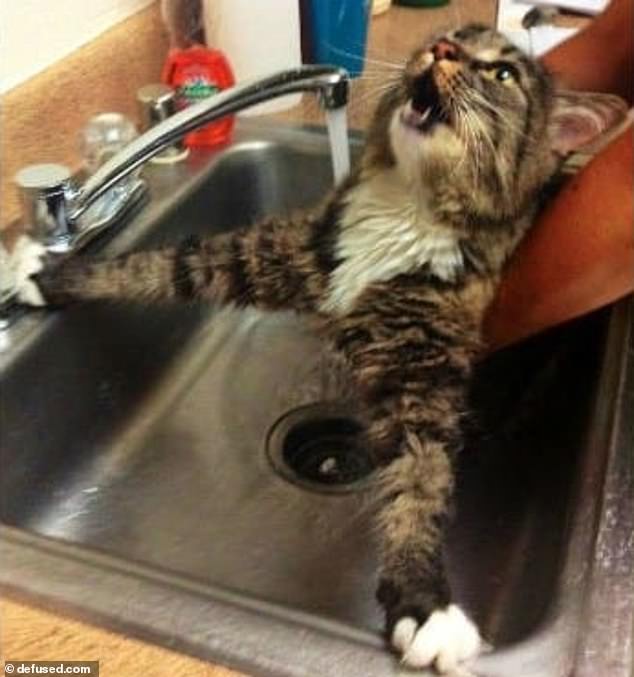 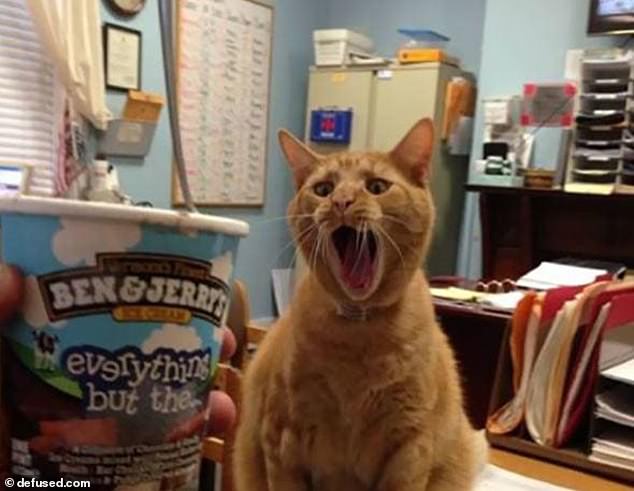 This ginger Tom, who really likes ice cream, is putting on his best performance to get a spoonful of his owner’s Ben and Jerry’s 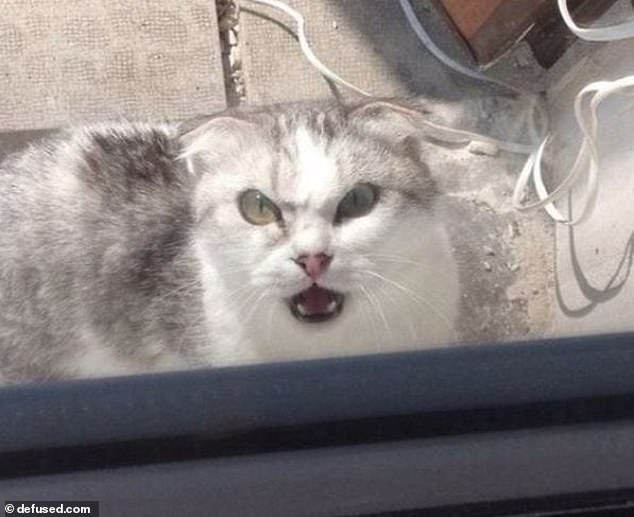 Scottish Fold cats usually look fairly angelic – but if you upset them, they will certainly let you know about it 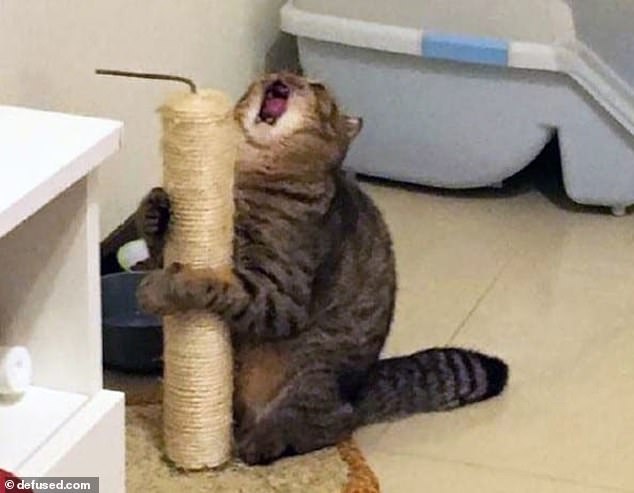 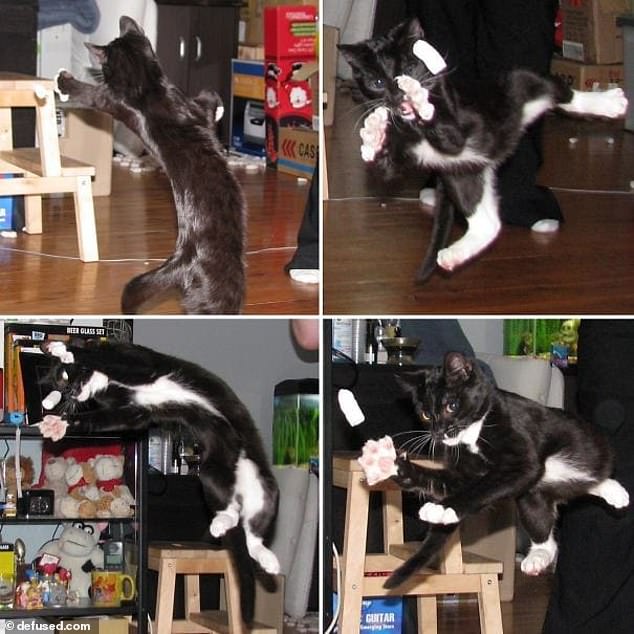 Kung-Fu kitty! This limber black-and-white feline is putting on quite the show for its owner who has managed to capture some of its best positions 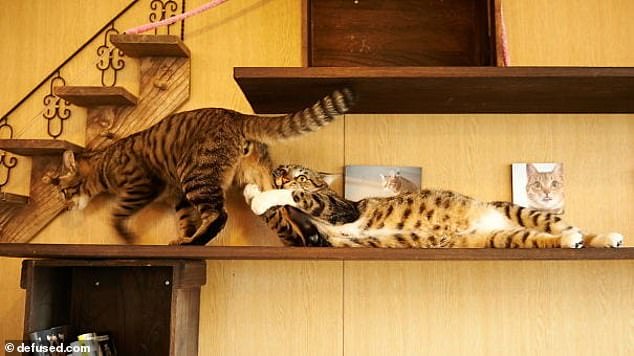 Don’t leave me! This cat appears to have grown very attached to its housemate – and won’t give it up without a fight 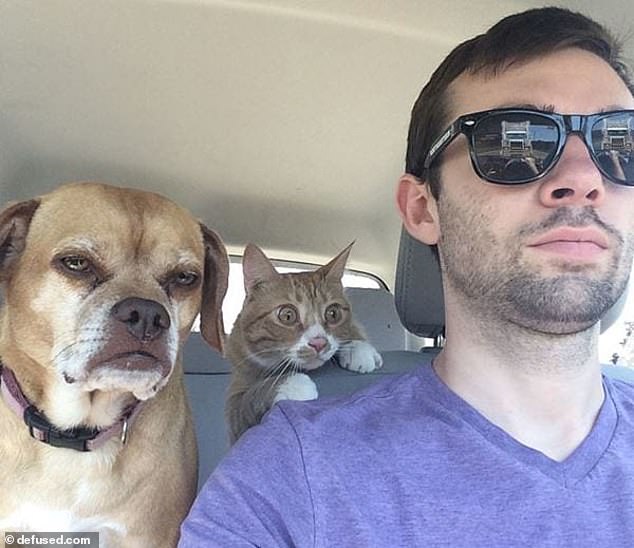 Watch your speed! This kitty, who is off on a family day out, seems to be a little unsure about its owner’s driving 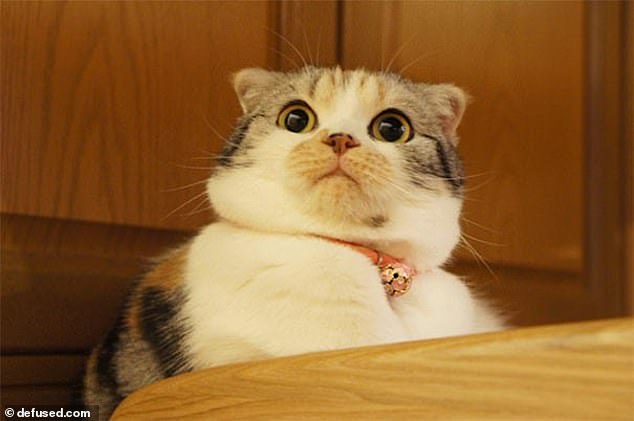 I beg your pardon? This cat appears to have been deeply offended by something – or someone 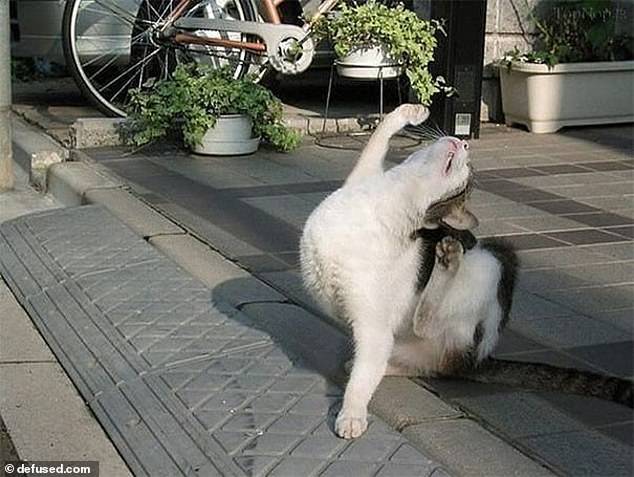 It’s unclear what has upset this little feline, but it seems clear that something has put it in a terrible mood 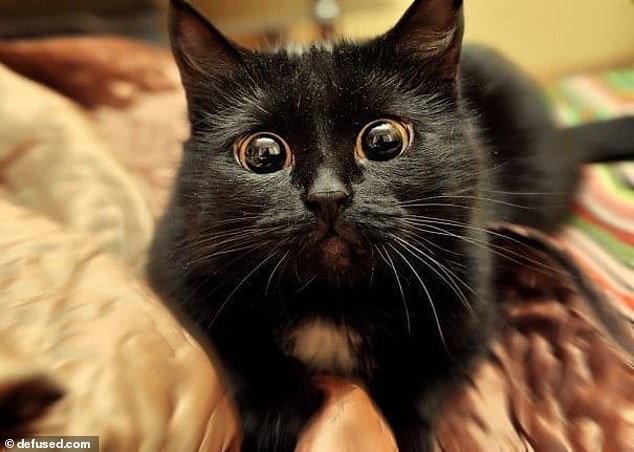 Too much catnip! Something has certainly caught the attention of this wide-eyed feline as its pupils have dilated dramatically