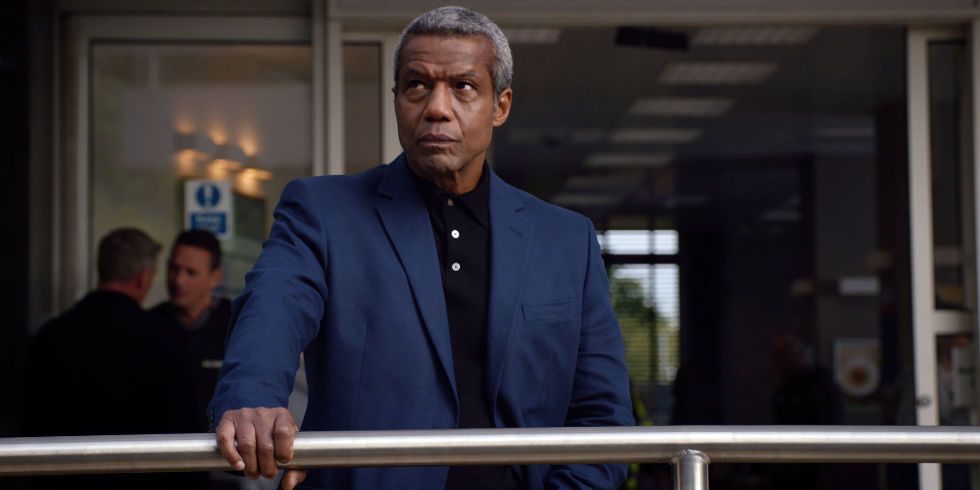 Some of the Holby City cast and crew only discovered the show was being taken off air moments before the news was revealed yesterday.

News broke yesterday morning that after twenty-three years, Holby City will be going off air next March.

The Casualty spin-off, created by Tony McHale and Mal Young, debuted in 1999, following the lives of staff at the fictional Holby City Hospital, the same hospital as Casualty.

It was quite the day as cast and crew processed the news that they would be losing their jobs soon.

Hugh Quarshie – who played one of the show’s longest running characters Ric Griffin – spoke to The Guardian and revealed information about when the cast and crew discovered the show’s fate:

‘My understanding is they only found out an hour before released to the press – so no one saw this coming’ he explained.

Hugh also said he was taken aback and many of his former colleagues were reeling when learning the news.

A statement from the BBC said: ‘We are incredibly proud of Holby City but it’s with great sadness that we are announcing that after 23 years, the show will end on screen in March of next year.

‘We sometimes have to make difficult decisions to make room for new opportunities and as part of the BBC’s commitment to make more programmes across the UK, we have taken the difficult decision to bring the show to a close in order to reshape the BBC’s drama slate to better reflect, represent and serve all parts of the country.’

Moments after the news broke, a Holby City fan created a petition to try and stop the show from being cancelled. It’s almost at 7,000 signatures.

A spokesperson from BBC studios said: ‘We recognise this is very difficult and upsetting news for all affected but our support and care for the wellbeing of the cast and crew has always been, and remains, our focus right now.’