A world-leading pianist and Holocaust survivor has opened up about the ‘cloud of horror’ she experienced when she learned her father had been murdered by the Nazis.

Nelly Ben-Or, 88, grew up in occupied Poland and only narrowly escaped Auschwitz because the concentration camp was ‘too full’ on the day she arrived at its gates.

Speaking to ITV News to mark Holocaust Memorial Day, Nelly, who teaches at the Guildhall School of Music & Drama explained that she had heard ‘horrific stories’ about Auschwitz and experienced ‘total fear’ after finding out that was where she was being taken. 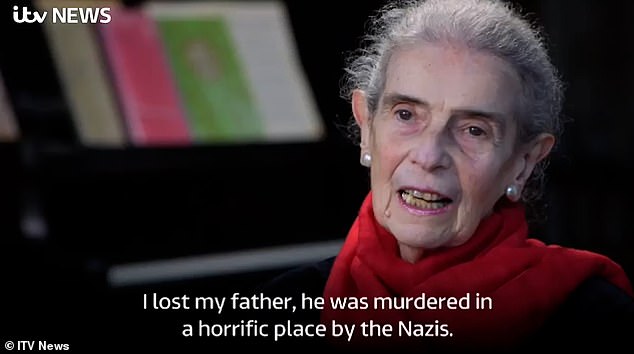 Nelly Ben-Or, 88, (pictured) who narrowly avoided Auschwitz because it was full when she arrived, has spoken of how she ‘escaped from death’ during World War Two 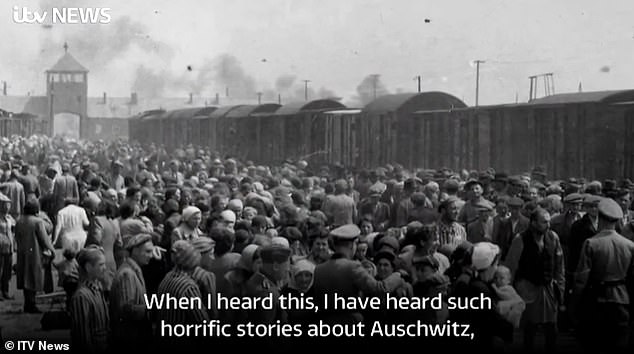 Nelly, who was born in Poland, Nelly said she had heard ‘horrific stories’ about Auschwitz and experienced ‘total fear’ after finding out that she was being taken to the camp

‘We were escaping from death, literally every day and night,’ she said. ‘We were on a train going to Auschwitz but the word went through, they are taking us to Auschwitz.

‘When I heard this, I had heard such horrific stories about Auschwitz, I will never forget the actual fear that I experienced then. It was something that was totally overwhelming, physical total fear.’

However Nelly arrived at the gates to be told the camp was too full to take any more prisoners that day.

Together with her mother Antonina Podhoretz, she was able to flee to a nearby town where they hid in a former pig sty.

Nelly spent the rest of the war in hiding and eventually made the passage to the UK.

However her father died at the hands of the Nazis at the Janowska concentration camp.

Nelly said: ‘I remember the whole cloud of horror, I lost my father – he was murdered in a horrific place by the Nazis.’ 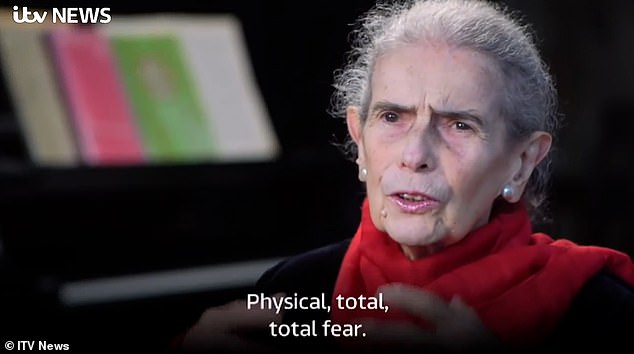 Nelly and her mother, Antonina Podhoretz, managed to survive the rest of the war by hiding in a village and living in a former pig sty, but her father was tragically murdered by the Nazis

But she never gave up her dream of becoming a pianist and has since become a professor at the Guildhall School of Music & Drama, where she has taught the piano since 1975.

Nelly learnt much of her musical skill while her family were hiding in Nazi-occupied Warsaw, with her mother risking everything to give Nelly access to the then-scarce instrument.

The international concert pianist lives in London and became the first professional pianist to qualify as a teacher of the Alexander Technique, which retrains habits of posture and movement, in 1963.

She is now recognised to be one of the leading experts of the technique and frequently broadcasts piano recitals for the BBC.

Nelly, who speaks out frequently about her experiences during the Holocaust, was awarded an MBE last year for her services to Holocaust education.

She has written a book, Ashes to Light: A Holocaust Childhood to a Life in Music, about her wartime experiences.