Home buyers would need to find up to $1000 extra a month by year’s end to cover their increased mortgage repayments if the Reserve Bank ramps up interest rates in line with financial market expectations, prompting warnings from experts the economy is on a knife-edge.

Ahead of its Tuesday board meeting, at which the bank is expected to lift official interest rates by at least a quarter percentage point, economists warned the level of debt now carried by home buyers is a key risk to the RBA’s efforts to control inflation. 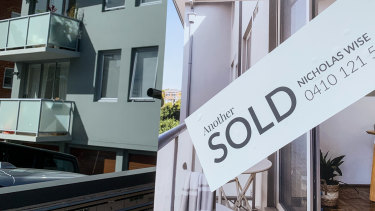 The bank last month lifted interest rates for the first time since 2010 during the election campaign, taking the cash rate to 0.35 per cent. Markets believe there is a 75 per cent chance the RBA board will use next week’s meeting to lift the cash rate to 0.75 per cent and that it will follow that up with a string of rate rises through the rest of the year as it tries to bring inflation to heel.

Barrenjoey chief economist Jo Masters said the economy was on a knife-edge given the RBA had to deal with inflation while home buyers were carrying large levels of debt.

“I don’t think I’ve ever seen in my career so much volatility and interconnected change going on in the economy,” she said. “As a mechanic would say, the more moving parts, the more chance something could go wrong and the Reserve Bank would be very aware of that.”

A higher cash rate, and its flow-on to housing loan rates, will hit Australians who have taken mortgages to all-time highs through the COVID-19 pandemic. Across NSW, the average new home loan has reached $800,000 while in Victoria it is now at $650,000.

Those super-sized mortgages mean even a small increase in interest rates will deliver financial pain to stretched borrowers.

The monthly repayment on an $800,000 mortgage was about $3153 at the start of March. Last month’s 0.25 percentage point increase in interest rates added $104 to that repayment.

A full percentage point increase would take the average repayment to $3592. Financial markets believe the RBA could have the official cash rate at 2.5 per cent by year’s end, which would translate into a monthly repayment on an $800,000 mortgage of $4295.

Masters said aiding the RBA was the high proportion of people either ahead on their repayments or on fixed mortgages. But by next year, as rates pushed higher and people rolled off low fixed-interest mortgages, there would be some pain for many Australians.

Masters, who is expecting a quarter percentage point rise on Tuesday, said it was not just an increase in mortgage repayments that could lead to trouble.

She cited Barrenjoey research showing the so-called “wealth effect” on the broader economy caused by a drop in house prices.

Data this week from CoreLogic showed dwelling values edging down by 0.1 per cent in May, the first fall in 20 months.

House values fell by 1.1 per cent in Sydney, 0.8 per cent in Melbourne and 0.4 per cent in Canberra. The three are the highest-priced capitals in the country.

Between 2017 and 2019, house prices in most capital cities dropped as lending conditions were tightened. This contributed to a slowdown in household consumption and overall housing activity as home buyers felt less wealthy because of the decline in the value of their properties.

Masters said the RBA would be very aware of the potential flow-on effect from overly aggressive interest rate rises on the broader property market.

AMP Capital chief economist Shane Oliver while it appeared even a small series of rate rises would knock consumer spending, the high proportion of people ahead on their mortgages would soften the blow.

The increased low- and middle-income tax offset that will start to flow to more than 10 million people from July 1 would also reduce the immediate financial pressures caused by higher interests.

But Oliver, who expects the cash rate to be between 1.5 and 2 per cent by year’s end, said it was dangerous to believe most home buyers could easily absorb rate rises, especially with house prices softening.

“While I expect that the economy can withstand more rate hikes, market expectations for 2.5 per cent by year’s end and over 3 per cent next year look over the top to me,” he said. “The RBA wants to slow spending to slow inflation, not crash the economy and knock inflation back to pre-pandemic levels.”