House values edge down before RBA moves on rates

House values across Sydney and Melbourne are at their weakest since the depths of the Covid recession, falling through April and likely to edge down further as the Reserve Bank starts lifting interest rates.

CoreLogic on Monday reported values for houses in Sydney dropped by 0.1 per cent last month to now be down by 0.3 per cent over the past quarter. In Melbourne, house values fell by 0.2 per cent to be 0.5 per cent down over the quarter. 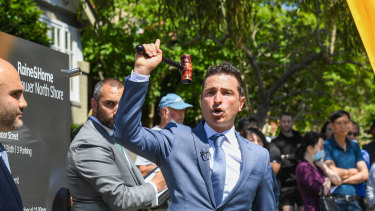 House values eased in Sydney and Melbourne through April but they remain at elevated levels.Credit:Peter Rae

Despite the drop, Sydney’s median house value is still above $1.4 million while in Melbourne it is just above $1 million.

While house values fell in the nation’s two largest markets and in Hobart, elsewhere they remained strong.

Values lifted by national high of 1.9 per cent in Adelaide, where they are up by 8 per cent since the start of this year and by 28.4 per cent over the past 12 months. They also increased in Brisbane (by 1.7 per cent), Canberra and Darwin (1.3 per cent each) and by 1.2 per cent in Perth.

The figures come ahead of Tuesday’s Reserve Bank board meeting at which the official cash rate, currently at a record low of 0.1 per cent, is expected to be lifted to 0.25 per cent.

It would be the first increase in official rates since November 2010, with financial markets expecting a string of aggressive moves by the RBA in a bid to keep a lid on inflation which hit 5.1 per cent in March.

CoreLogic research director Tim Lawless said despite the corrections in Sydney and Melbourne, they had only been relatively minor.

Lawless said a lift in interest rates would likely lead to a weaker overall property market.

“Interest rate increases generally have a downward impact on house prices and they are likely to also put downward pressure on consumer sentiment which feeds into the market,” he said.

“They are also likely to affect peoples’ ability to borrow, making it more challenging to get into the market.”

While they Sydney and Melbourne markets are cooling, regional markets continue to soar.

Dwelling values in regional NSW lifted by another 1.1 per cent in April to be 4.5 per cent up over the quarter and by 26.6 per cent over the past 12 months.

Victoria’s regional values increased by 0.9 per cent last month to be 3 per cent better over the quarter and by 19.2 per cent over the past year.

“The regions benefited early in the pandemic because they were so much more affordable than the major cities,” he said.

“As prices keep going up that affordability margin will fall but it’s still there.”

Most Viewed in Property