Home » Lifestyle » How I Do It: 'I'm a lesbian – sex with a man at a sex party was life-changing'

How I Do It: 'I'm a lesbian – sex with a man at a sex party was life-changing' 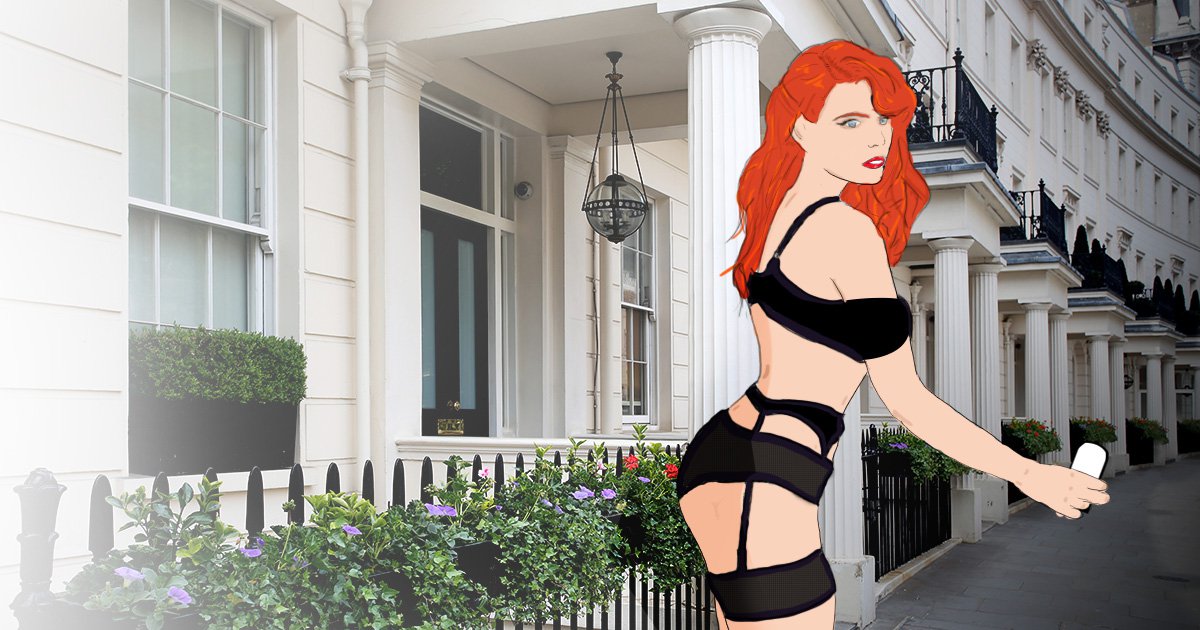 Welcome to How I Do It, the series in which we give you a seven-day sneak peek into a week in the sex life of a stranger.

This week, we hear from Amelie, a lesbian who’s had a sexual breakthrough in a way she never expected – by having sex with a man in a room full of people.

She describes her relationship with sex as ‘complicated’, and has struggled with insecurities about her body and anxiety over physical intimacy.

But sex with this man in front of 30 onlookers has knocked these insecurities for six.

Without any further ado, here’s the diary Amelie kept at the time.

Warning: The following is, as you might imagine, not safe for work…

Another week, another mindless swipe through Tinder.

After liaising briefly with a girl from a different city, she reveals she’s in town for the weekend. There’s a party going on, and I’ve bagged myself an invite thanks to her.

It’s an interesting proposition and it sort of sounds like a scam. I’ll mull over it for a few days.

I’m trying to decide whether or not to go to the sex party.

I got to grips with my sexuality fairly late. There can be a lot of things to work through mentally before coming to terms with being gay, so I didn’t really get the teenage years of sexual exploration a lot of my straight peers seemed to have.

I’m also pretty insecure about my body and I’m not really one for casual sex. I haven’t had sex in six months and the last time was fairly tragic. I tend to just sort things out myself rather than risk awkwardness or lack of attraction by involving another person.

I go to a gig tonight by myself and have the best time ever. An intense and brilliant holographic neon eye winks from the stage. It’s encouraging, provocative and enticing.

There’s no flirting in the crowd, and I’m slightly intimidated by the flock of silver platform boots, candy-coloured hair and apocalyptic outfits. Walking past the queue I feel like an astronaut greeting a strange gaggle of aliens for the first time.

After the pandemic, I vowed to say yes to everything; gigs, parties, festivals and even networking events. Locked down in my room at university, I promised to throw myself into every crowded event and live life to the max when restrictions lifted. So maybe I should throw caution to the wind and go to the sex party…

I’m watching How to Get Away with Murder, still working on my sex party dilemma. There’s nothing like the topic of death to bring up its antithesis – sex – and there’s nothing like boredom to make the mind wander in wild and mysterious ways.

I text the one and only friend I know will be down to go a sex party with two days’ notice. She’s in.

There’s no going back now.

I’ve got a Hinge date in central London. I get lost beforehand so this means more time to get nervous but generates an easy, mundane and typically British conversation starter (‘haha, I got so lost’).

We hit it off and bar hop around a series of pubs. We also get hit on by a bunch of men – it’s crazy how you can never escape the male gaze even when on a lesbian date. This is before we dive into the safe haven of She, a bar in Soho, and one of the UK’s only lesbian venues.

The music is a bit naff. Cheesy tunes aren’t really my thing, but to be surrounded by queer women of so many different ages and demographics warms me. I’ve never been in a place with so many people from my community, and it makes my heart full.

We get off in the club and then on the tube. It’s fun. She texts me the next morning.

In total, the date lasted for five hours – classic lesbians.

It’s time for the party. My friend and I arrive through a gated entrance, and to a bar boasting a larger-than-life ice sculpture of a penis. I’m told to put my mouth at its tip before vodka is poured down – yes, really.

Downstairs is a sea of leather, fur and silver chains. Men start to flirt and my friend and I hit it off with two guys from a big investment firm (more successful networking than any of my LinkedIn opportunities).

Things progress, and one of the guys – who is fully aware I’m gay – asks outright if he can have sex with me.

I think parties like these mean you’re naturally operating outside of your comfort zone, and so I find myself saying yes.

I think there’s plenty of reasons people want sex, and being turned on is just one of those reasons. I definitely wanted to have sex with him, but it’s more from a trying-new-things and sexual exploration point of view.

As he rails me in the bathroom, the sex is objectively shit. ‘I’m so gay’, I think, as he breathes down my neck.

And so we waltz up to the ballroom-turned-BDSM-dungeon which boasts restraints, padded floors and a grand piano. He pushes me down, and we continue to have sex.

It’s then when I glance up that I realise 30 people are watching. Previously I’d had this idea of sex as something I could only do with someone I was very attracted to or emotionally invested in, but this was a person I had zero attraction to and did not ‘trust’ emotionally. But rather than freeze up, panic or overthink, it just happened and turned out to be no big deal.

Further into the evening, I am tied to a huge wooden cross and whipped.

Back home, I check in with myself to see if I was okay, as I’d gone from 0 to 100 – not having sex for half a year, to having sex with 30 people watching in a sex dungeon. Not only was I okay, but I also realise I find the whole thing pretty funny.

Casual sex, and especially casual sex with men, were two things I truly believed I’d never be able to do. While I’m not desperate to have sex with a man again any time soon, the party showed me sex doesn’t have to be a big deal.

And it was transformative in terms of my relationship with sex and my body. Normally, being seen naked would cause me a lot of anxiety, as I’d be worried about being judged for how I looked. But I did not feel out of place and nobody recoiled in horror as I wandered around in lingerie – in fact, quite the opposite.

Previously, I’ve undertaken ‘exposure therapy’, which involves directly putting yourself in anxiety-inducing situations to find out the thing you fear is no big deal.

Here, I feel like I did my own version of this. I managed to overcome anxieties surrounding my body and sex, through just putting myself in a situation I thought I literally couldn’t be in.

All in all, it was a fantastic experience. I’d definitely go back.

The morning is rough. I’m on the tube with my friend, and we’re sitting in silence. She’s heading to Sunday roast with her stepdad, and I’m heading to a second date, so I don’t know who has the worst deal.

I clearly look worse for wear as my date offers to get coffee rather than drinks, but I tell her not to worry, I’ll power through. I am anything but a quitter. She’s quick to smile, and we chat about fashion and our hometowns.

My intention is to keep hangxiety at bay by drinking more; hair of the dog and all that. But instead of cutting through the sinking feeling in the pit of my stomach, the alcohol just makes me feel chemically off balance. Oh well.

‘How was the party?’ my date sweetly asks.