How Lindsey Vonn’s Fiance P.K. Subban Helped Her Through Retirement

Forever in her corner! Lindsey Vonn can count on one important person to get her through her new phase of life post-retirement: her fiancé, P.K. Subban.

“It’s definitely been [a] difficult transition for me in my life pretty much my whole life, but there’s so much to life besides other things, like, being with P.K. and finding adventures, like going to the Amazon,” the Olympian, 35, exclusively told Us Weekly while promoting Project Rock. “It’s really been a challenge for me and it’s been kind of difficult trying to figure it out. It feels, like, this is a new chapter for me, it’s kind of new territory for myself.”

Vonn shared that the 34-year-old ice hockey player also motivates her to continue working out, adding: “Since P.K. is still in his playing career, he’s very diligent and dedicated every single day. So, that kind of keeps me on the rails. Sometimes, it’s easy for me to just want to take a break and have Ben and Jerry’s, but [P.K.’s] work ethic definitely inspires me. I also feel much better about things when I work out.” 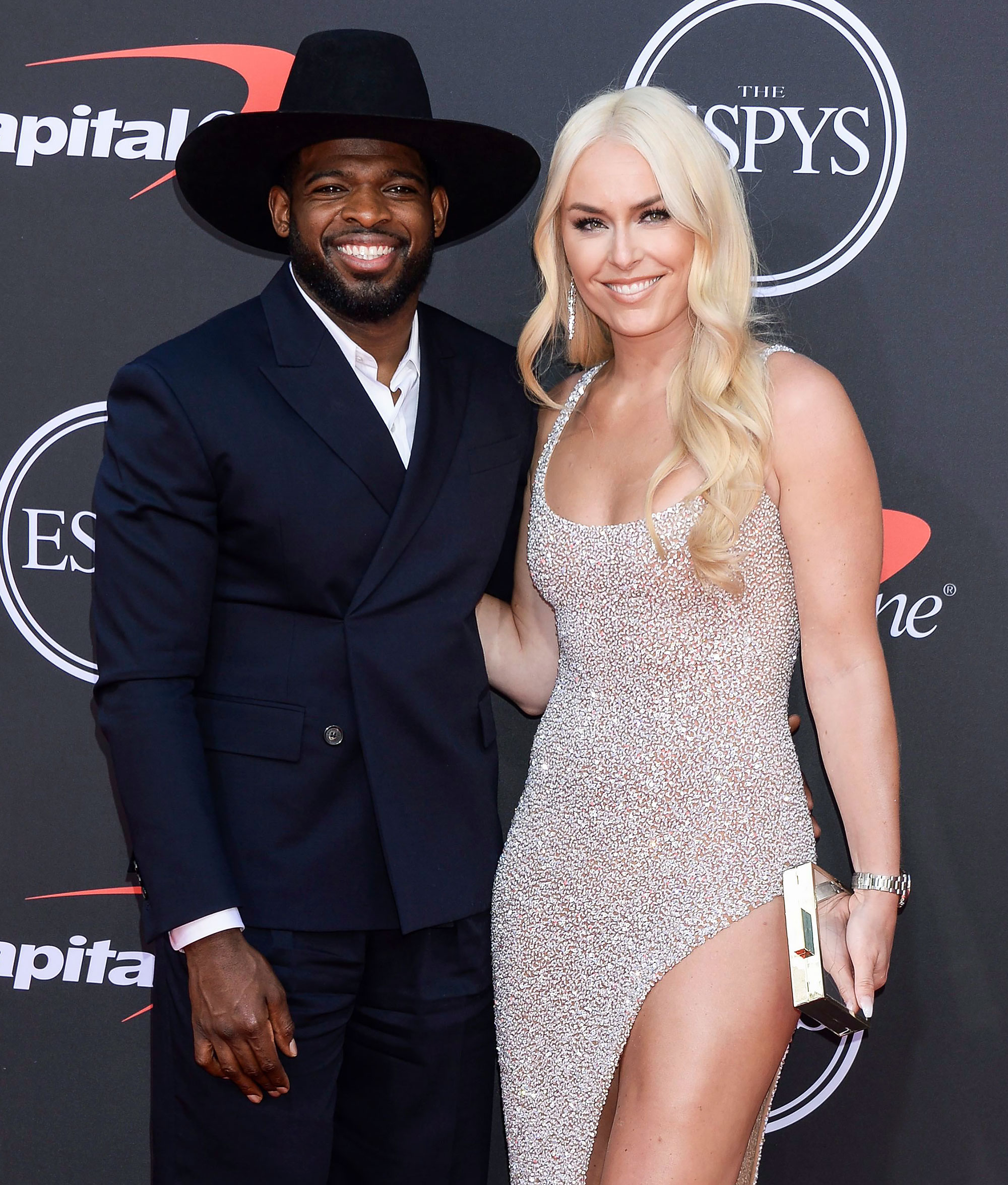 Following a long and decorated career as an alpine skier, Vonn announced her retirement last February. Her final competition took place at the 2019 World Championships, where she walked away with a bronze medal in women’s downhill.

Vonn told CNBC this past January that she does “accept that I didn’t reach my goal, but I reached a lot of other goals that I never expected to even get close to.” The Minnesota native noted that she “gave it everything” she had.

Nearly five months after hanging up her skis, Subban proposed to Vonn after one year of dating. Vonn then proposed to the Canada native as well that December.

Olympic Athletes: Where Are They Now?

Vonn added, “He’s a character. Even when we’re stuck at home [during the coronavirus quarantine], [he’s] always doing something. He’s always entertaining me, telling me jokes. That’s sort of my comfort. So I’m lucky to have that.”

One thing that has occupied Vonn’s time during retirement is Dwayne “The Rock” Johnson’s Project Rock. The collection dropped its Project Rock 3 Training Shoe — the latest iteration of the popular model — through Under Armour on Thursday, September 3.

As a Project Rock Global Ambassador, she’s enjoyed being a part of something that aims to inspire others. “Project Rock has been more than just an athletic line. There’s more than lines, inspiring people to look forward every day,” she told Us. “For me, that’s exactly what I try to do in my career as well, it’s to inspire others. Working with [Dwayne] and putting that message out there, it would have been one of the biggest highlights for me in my career. So, I’m seeing it’s pretty damn awesome to work with The Rock.”

With reporting by Marc Lupo

Listen to Us Weekly’s Hot Hollywood as each week the editors of Us break down the hottest entertainment news stories!