How the U.K. Is Honoring the Late Queen Elizabeth II: Church Bells, More

A loss felt across the country. The U.K. is in mourning after the death of Queen Elizabeth II at age 96 — and the whole nation is coming together to pay tribute.

Church bells tolled at Westminster Abbey and St Paul’s Cathedral in the early hours of Friday, September 9, as the official mourning period began. Meanwhile, a special session of Parliament was opened to honor the queen, but normal business in the government branch has been postponed. A salute firing 96 gunshots — one for each year of the late monarch’s life — was also planned to take place on Friday.

Sporting events — from cricket to Premier League soccer — were put on hold after news broke of Elizabeth’s passing on Thursday, September 8. The English Football League also called off games that were scheduled for the coming weekend. 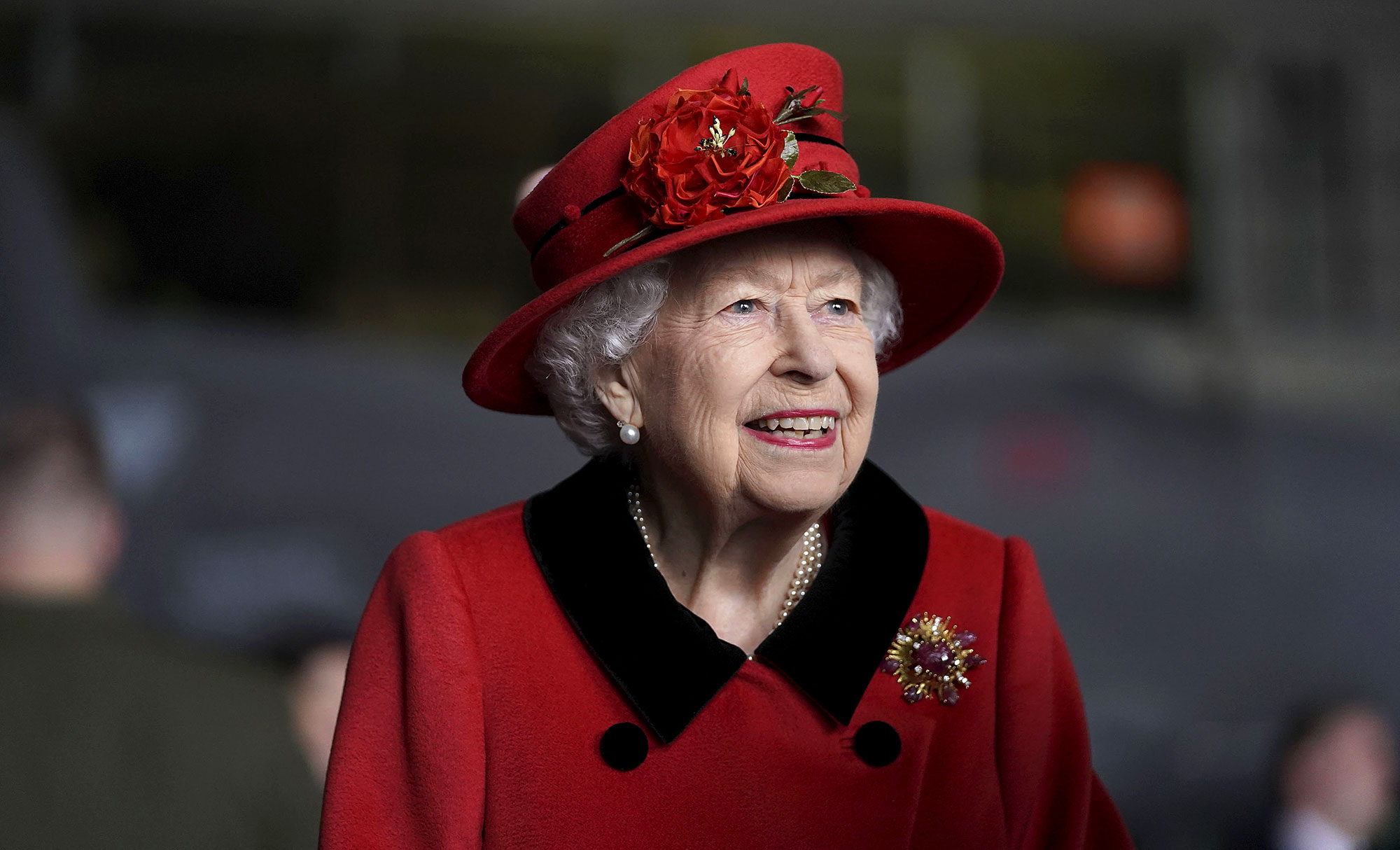 Tickets to the royal residencies — including Buckingham Palace, Kensington Palace and Windsor Castle — are currently suspended. The popular tourist destinations closed their doors on Friday. Flags flew at half-mast in Elizabeth’s honor, and signs were posted throughout the airports and underground stations to commemorate the late royal’s legacy.

The annual BAFTA Tea Party was scheduled to take place on Saturday, September 10, but the organization pressed pause on the event. “We are deeply saddened by the death of Her Majesty The Queen, whose close association with BAFTA spanned 50 years. Our thoughts are with BAFTA’s President HRH The Duke of Cambridge and the Royal Family, to whom we offer our deepest sympathy,” a statement read on Friday.

A Breakdown of the Royal Line of Succession

Elizabeth died at her Balmoral estate in Scotland on Thursday after Buckingham Palace revealed that she was placed under medical supervision due to her declining health. The longest-reigning British monarch had been experiencing mobility issues and other health concerns for several months, even being forced to miss some of her Platinum Jubilee celebrations in June because of discomfort.

Before the palace confirmed Elizabeth’s passing, King Charles III and his wife, Queen Consort Camilla, traveled to Scotland to be by the queen’s side. The pair were joined by Prince William, and Prince Harry was spotted arriving in Scotland shortly after — without Meghan Markle. 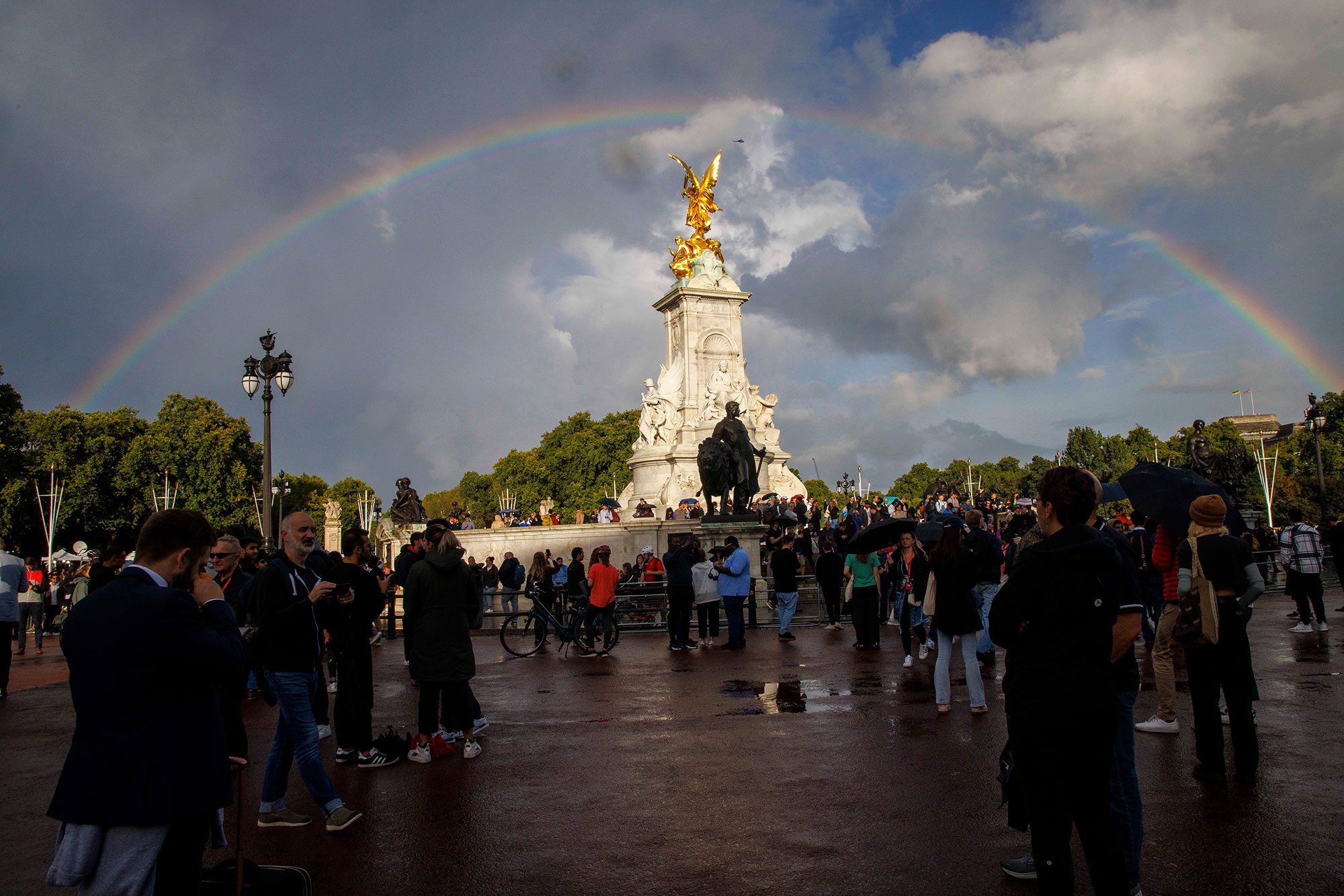 The Archewell cofounders issued a brief tribute to Elizabeth via their foundation’s website as mourners gathered in front of Buckingham Palace to pay their respects. While crowds flocked to the palace gates, a rainbow appeared across the London sky.

Charles, 73, was immediately named king after his mother’s death, though a coronation date has not yet been confirmed. The new monarch broke his silence on the heartbreaking loss in a statement signed His Majesty the King.

“The death of my beloved mother, Her Majesty The Queen, is a moment of the greatest sadness for me and all members of my family,” he wrote on Thursday. “We mourn profoundly the passing of a cherished Sovereign and a much-loved Mother. I know her loss will be deeply felt throughout the country, the Realms and the Commonwealth, and by countless people around the world.”

Charles continued: “During this period of mourning and change, my family and I will be comforted and sustained by our knowledge of respect and deep affection in which The Queen was so widely held.”