Masterminded by the anti-Tory campaign group One Rule For Them, the video rebuked the Chancellor for his beach house in California, Kensington mansion and country pile in his constituency as well as for his past life ‘making millions’ from a hedge fund.

It showed primitively Photoshopped images of the Chancellor living it large on an exotic beach, cocktail in one hand and a wad of £50 notes in the other. 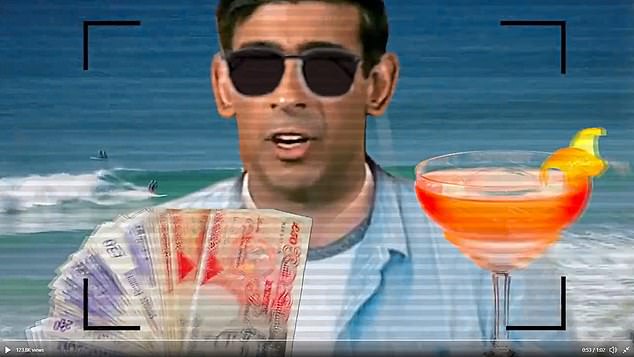 A screeching attack ad went viral showing primitively Photoshopped images of Rishi Sunak living it large on an exotic beach, cocktail in one hand and a wad of £50 notes in the other

It’s a shame Sunak does not have an Instagram account to display real photos of beachside luxury holidays, with actual martinis (he is teetotal). For then he could have taken inspiration from One Rule For Them founder Adam McNicholas.

The former Labour Party adviser’s social-media account shows he is no stranger to five-star sybaritism.

In fact, it appears McNicholas has spent much of the past two years jetsetting around the world and staying in expensive hotels. 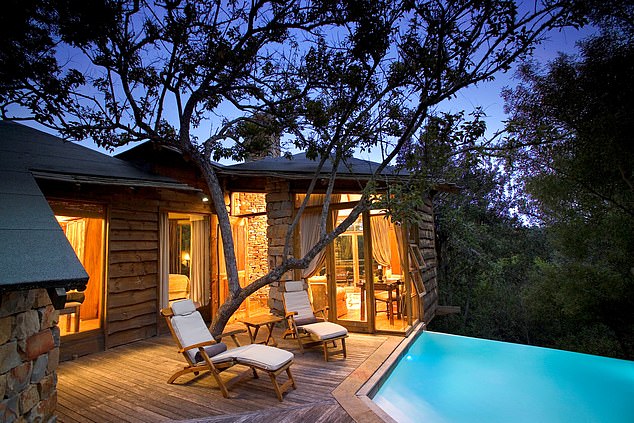 One Rule For Them founder Adam McNicholas has stayed in Tsala Treetop Lodge in South Africa, which boasts villas ‘fit for royalty’ with private pools and costs over £700 a night

Highlights included the Tsala Treetop Lodge in South Africa, which boasts villas ‘fit for royalty’ with private pools and costs over £700 a night. And his 2019 holiday in the Shangri-La Hotel in Bangkok gave him the largest pool in the city.

Even the pandemic didn’t stop his taste for the finer things, with stays at the five-star Ellenborough Park hotel in the Cotswolds and a boutique hotel in the Lake District.

Perhaps his Sunak video wasn’t stoking ‘class war’, but just a homage to what McNicholas sees as a fellow ‘lavish lifestyle’ lover.

In need of any career tips, Dom? 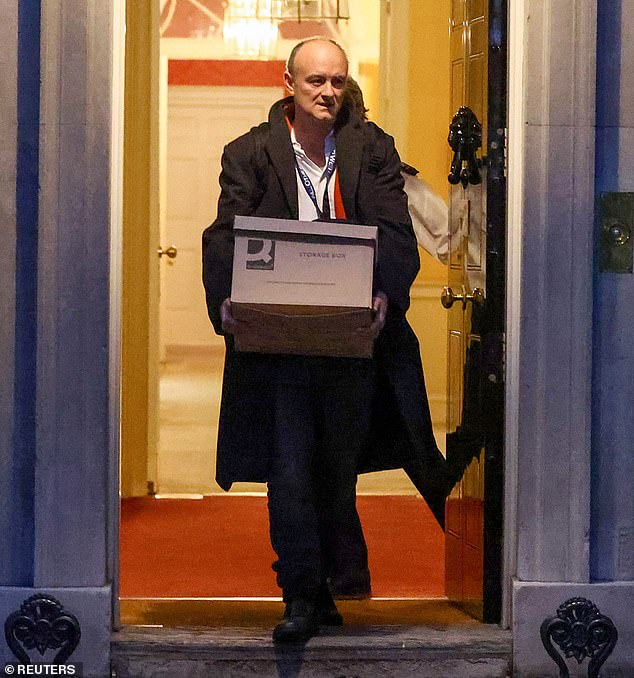 The day weirdo and misfit Dominic Cummings was booted out of No 10, Sajid Javid announced on Twitter his 6th Annual Jobs Fair, offering those ‘looking for a career change’ free CV and interview advice. 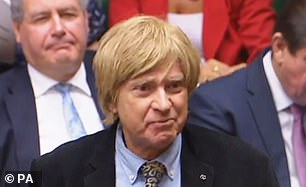 The watchdog has allowed Tory MP Michael Fabricant (pictured) to put a £1,074 iPhone 11 Pro on our bill

Sympathetic as this column is to MPs learning tricks of the trade from House Of Cards or The Thick Of It, neither is on tax-avoiding Amazon Prime.

The Independent Parliamentary Standards Authority has previously ordered MPs to pay back such expenses. O’Hara has already done so, admitting his error. What about the three others?

And in another boost to tech billionaires, the watchdog has allowed Tory MP Michael Fabricant to put a £1,074 iPhone 11 Pro on our bill.

Talking of the so-called expenses watchdog, Ipsa was accused of being ‘tin-eared’ when it proposed a £3,360 pay rise for MPs on top of their £81,932 salaries as the rest of the country plunges into a double-dip recession.

Boosting pay for MPs’ hard-working staff, however, has proved trickier.

Some aides raised concerns that an agreed increase in staffing budgets might not have the intended effect.

The anonymous complainants warned the watchdog that some MPs would ‘take on more staff on low salaries, rather than to ensure their existing staff received fair increases’.

Alan B’Stard in the House.