FIRST-TIME buyer Micheal McClorey cut his bills by 75% as part of finding extra cash when saving to buy his £212,000 three-bed house in Glasgow, Scotland.

Teacher Michael, 28, saved hundreds of pounds by knocking his phone bill down from £60 to just £15 and cut the cost of his grocery shop down by 50%. 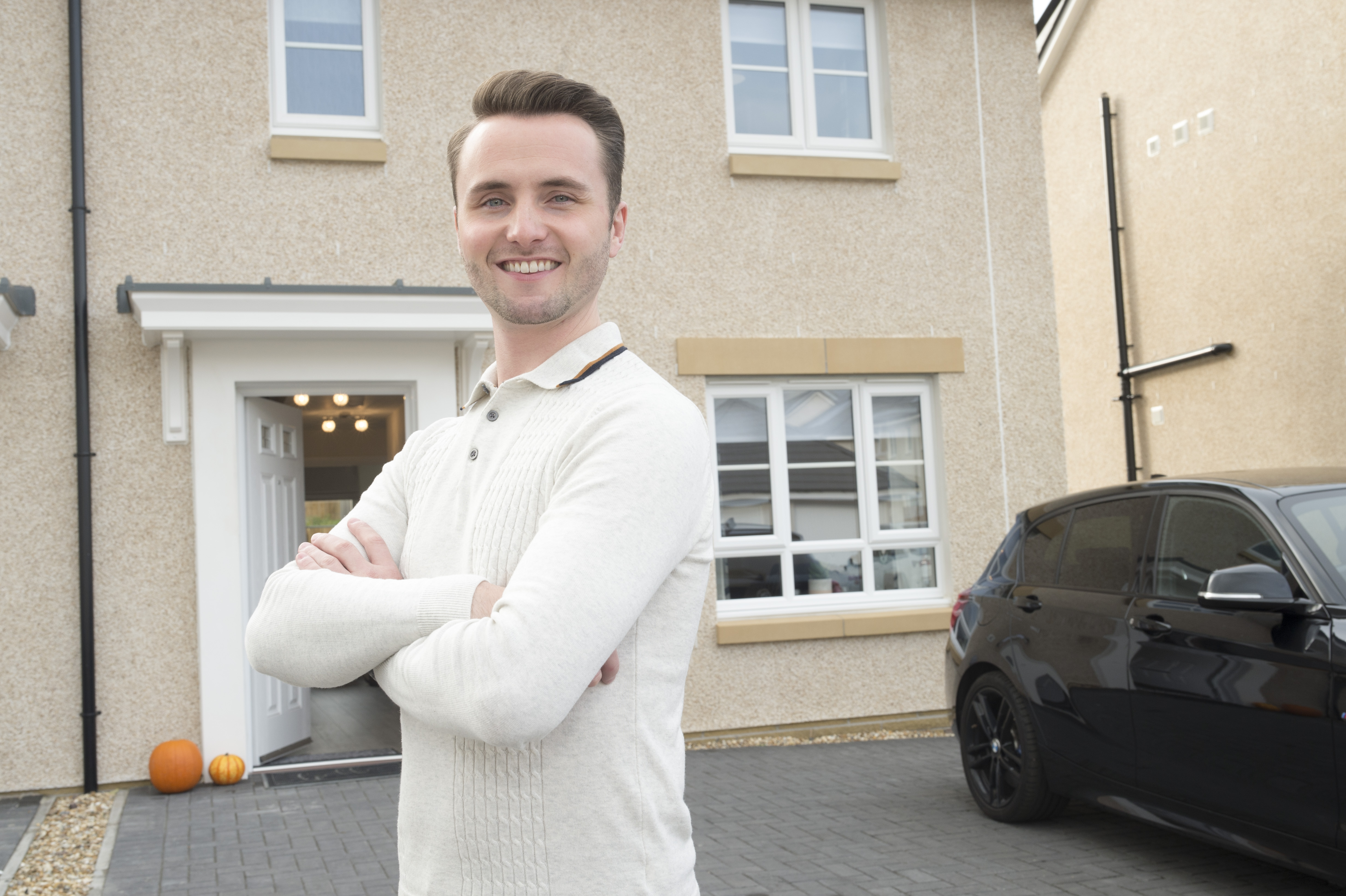 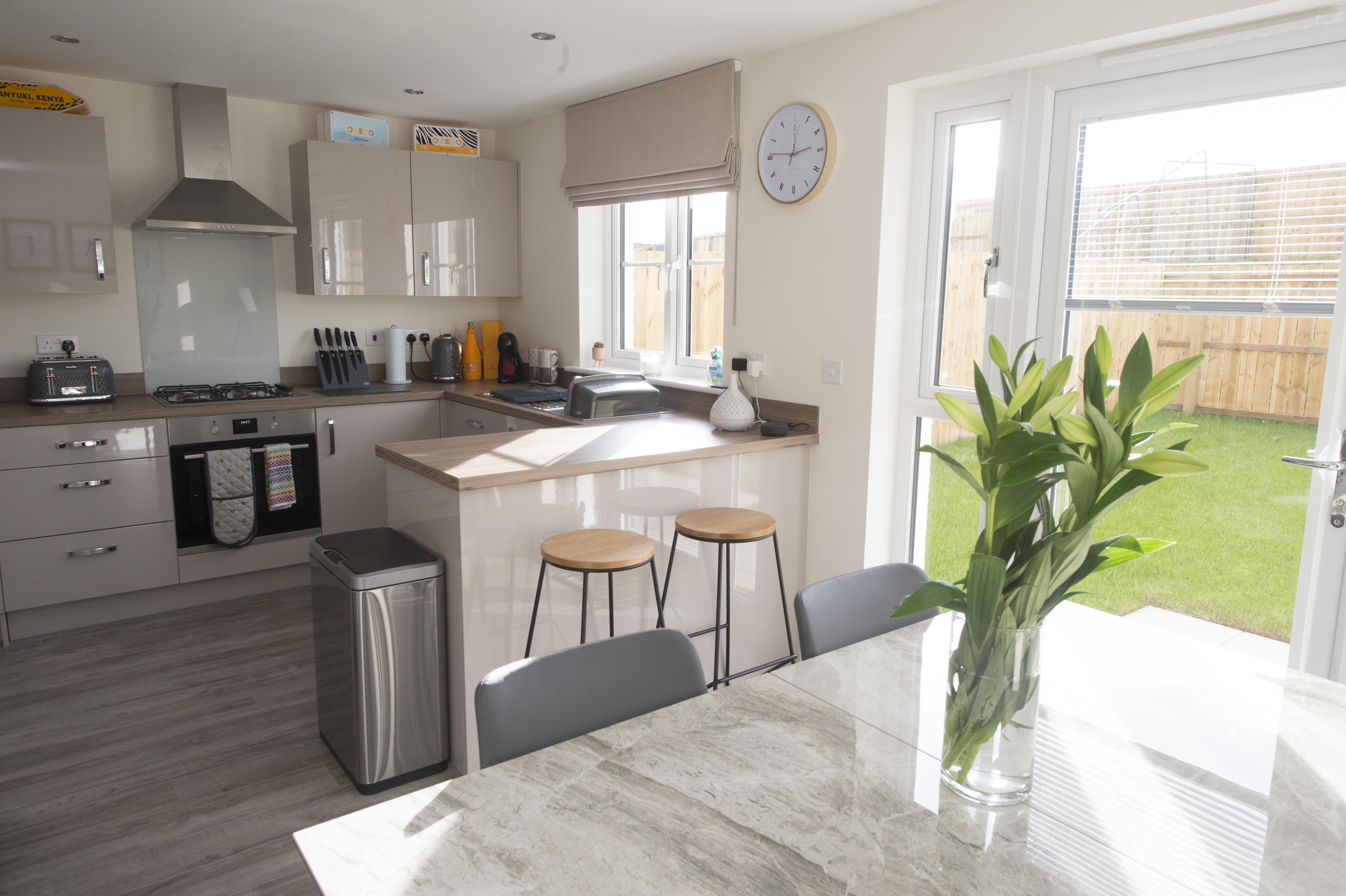 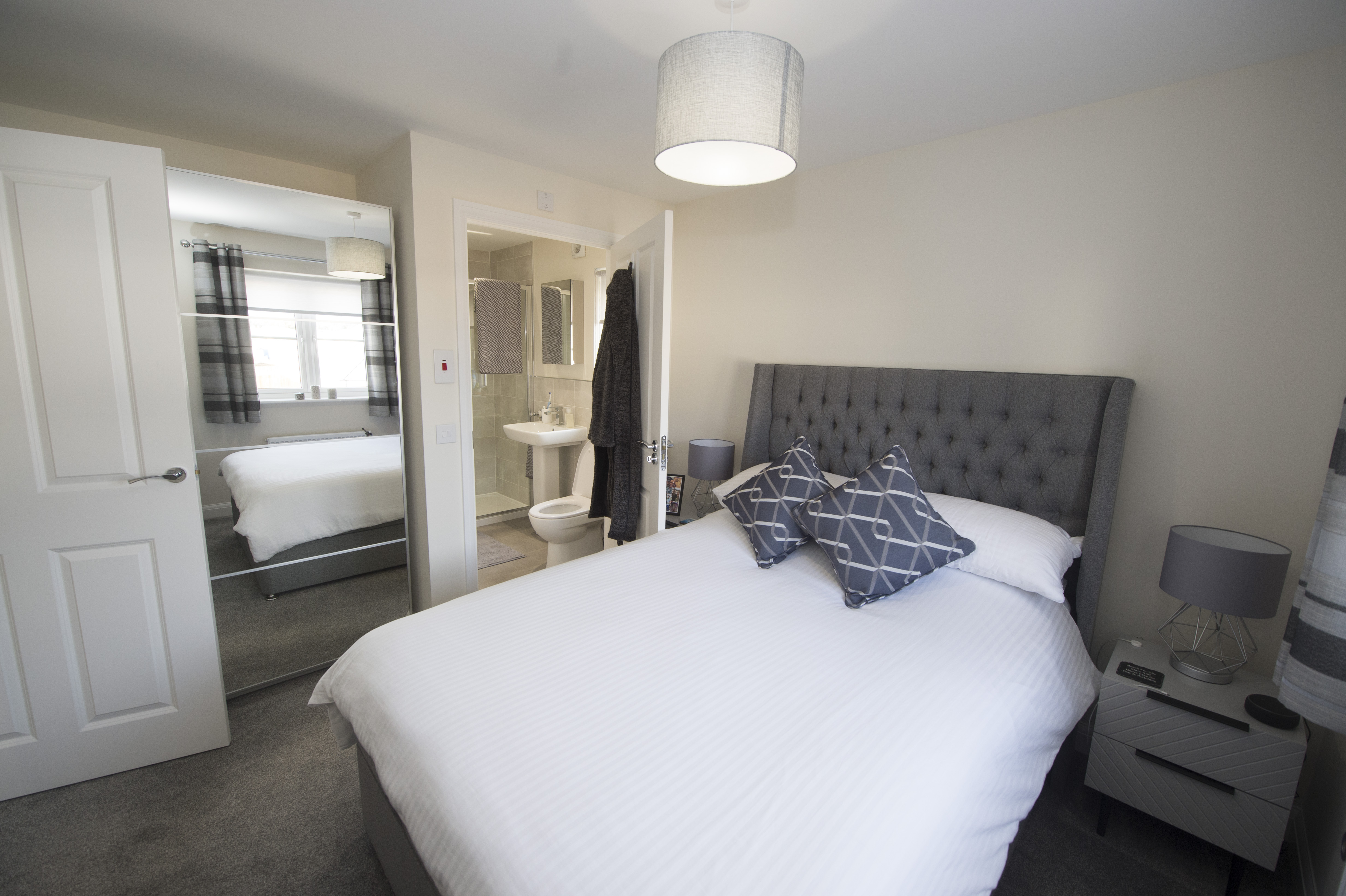 He also saved cash by cancelling his subscriptions for Amazon Prime and Netflix, saving him £30 a month.

The thousands of pounds he has saved on his bills went towards raising cash to put down a £21,200 deposit for his first home.

Living in his parents’ spare flat, which he shared with one other person, also helped him save cash on rent.

Michael saved around £100 a month living in his family’s home – and was lucky enough to get an extra £4,000 from his family to put towards the deposit on top.

He is a basic rate taxpayer and moved into his home in August this year.

We sat down with him to see how he beat the bill price hikes – and even managed to bag a home – for The Sun’s My First Home series.

Tell me about your home

It’s not open plan, it has a kitchen and dining room, living room, toilet and utility room downstairs.

I’m not looking to rent out any of the spare rooms – I’m enjoying the space for myself after previously living in a flatshare.

It has a garden which is west facing so you get the sun.

How did you decide on the location?

I looked at 12 different houses before I found this one.

I looked on Google, Rightmove and Zoopla, scouring these sites as much as possible to see what I could get for my money.

Because house prices are so high, I was limited by areas I looked in because some locations were out of my budget.

I therefore narrowed my search down to south east Glasgow. I found this development built by Barratt and fell in love with the house – it was brilliant.

How much did you pay for it?

The house was £211,995 – but I couldn’t have afforded to buy it if it wasn’t for the Scottish government's First Home Fund.

The scheme has since ended – applications for the fund are fully booked this year, and it won’t open again for the 2022-2023 financial year.

First time buyers used to be able to get up to £25,000 to help them get on the property ladder.

I don’t have to pay back the loan in monthly instalments like other schemes such as Help to Buy – instead the government invests the loan as a percentage share of the value of the property.

It means that when you sell the house, you must repay the loan.

How much you have to repay depends on the selling price of the property when you choose to sell.

I took out the maximum £25,000 loan – and it meant I could afford to buy a bigger house than I could have done with just a mortgage.

My mortgage repayments are £559 per month.

Mum and dad gave me £4,000 towards the deposit as well which helped to boost my savings.

How did you save for it?

I saved for eight years for my home and started back in 2014, when I graduated from university.

My parents own a separate flat to the family home and I was lucky enough to live in it and pay a lower rent bill – around £100 a month less – than the going market rate.

I was paying up to £400 in rent and bills and lived there for 10 years including the time I was at university.

Saving £100 per month a rent was a significant amount of money – it really allowed me to save more which was a big help.

The biggest ways I saved cash was by cutting down on the amount of money I was spending on my bills.

I paid off my handset in 2019 and was given the option to get a more recent phone – but keeping with my old model means I’m just paying my phone bill each month.

That means I’m saving £45 a month on this bill – I've saved hundreds of pounds as a result.

I also slashed my weekly food shop in half by going to cheaper supermarkets.

I used to go to Tesco and would be spending around £60 a week on my groceries.

My bills for streaming services have also gone – I got rid of my Amazon Prime and Netflix account in 2019, which saved me a combined £30 a month.

I also cut back on the amount I was going out and partying too when I started to get serious about buying a house.

But I got to a point when I realised it was a waste of money, and that I really needed to start saving for a house properly.

I cut the amount of times I went out a month to one, and perhaps two times a month during busier times.

To raise even more money, I sold a lot of my old stuff on eBay.

I got £150 from selling a couple of pairs of trainers too.

I also didn’t go on a summer holiday for a couple of years – although Covid helped me stay on track with this.

How have you afforded to furnish it?

A few of my bits of furniture were bought brand new.

I decided to splurge out and buy a dining table and a sofa too.

But I get a lot of my stuff from Facebook Marketplace – I got a mirror for £20, which would have cost me £120 brand new, and a load of lamps for £20, compared to the £90 I would have had to spend on buying them straight from the shop.

For the rest of my furniture, I’m buying it in phases to spread out the cost.

What’s your advice for other first time buyers?

I would say to save as much as you can as soon as you can.

Small changes can make a real difference – for example, putting aside an extra £50 a month by cutting back on certain things really adds up.

It’s a good idea to look at schemes and loans available as well. 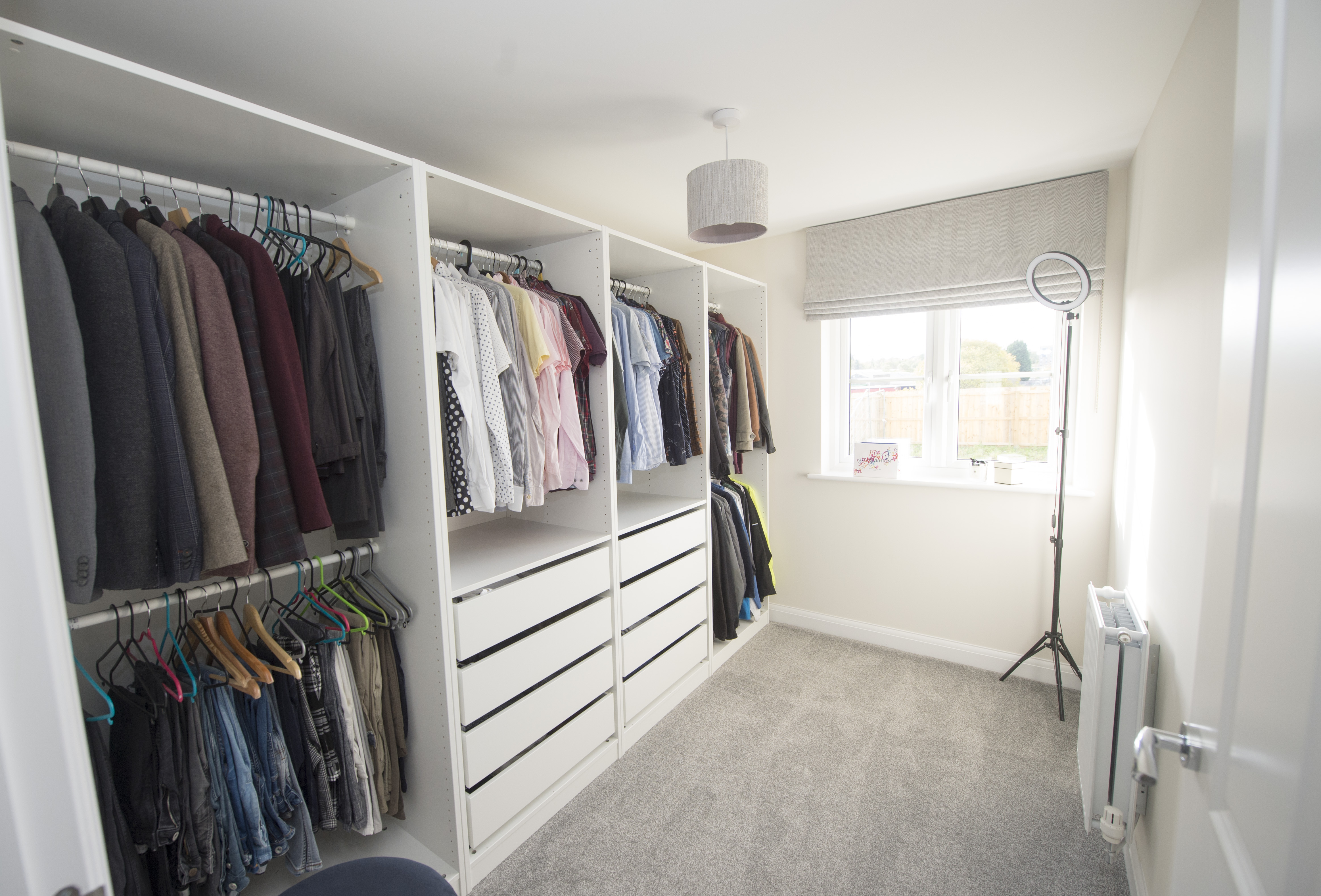 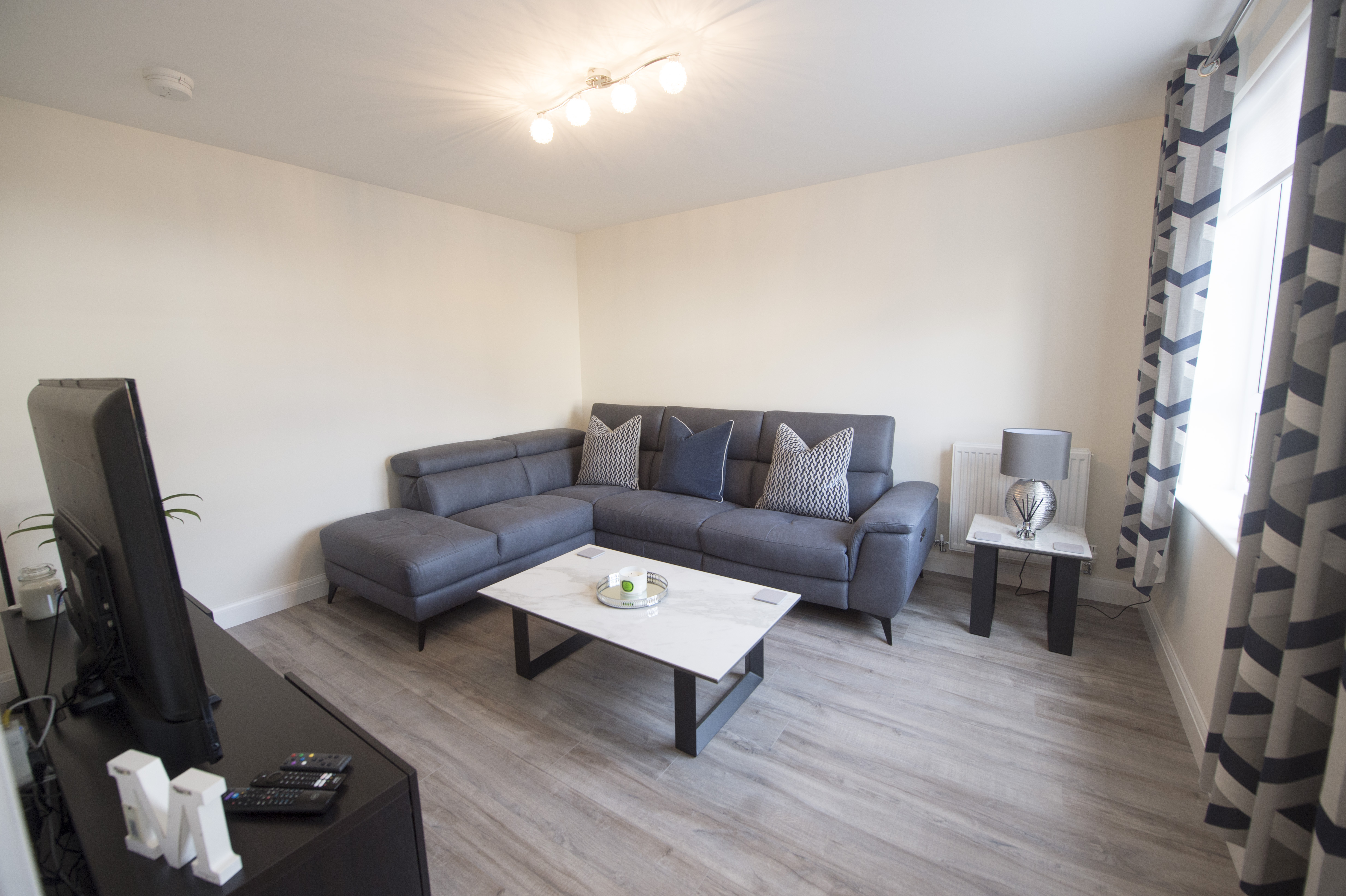