Mother, 33, who was ‘told her shortness of breath was due to long Covid despite never testing positive for the virus’ is devastated to learn it’s actually lung cancer – and it might be too late for treatment

An intensive care nurse claimed that her lung cancer was misdiagnosed as long Covid – despite never testing positive for the virus.

Brogan Williams, 33, from Wolverhampton, was in remission from breast cancer when she started noticing back pain and shortness of breath in October 2020, but was unable to make a face-to-face appointment due to the pandemic.

After going to A&E with chest pains, the mother-of-one was diagnosed with Covid Lung, a symptom associated with Long Covid. It wasn’t until the end of June this year Brogan was sent for scan and biopsy, when her oncologist discovered a lump in her neck.

In July, a CT scan showed cancer and fluid on her lungs, and the nurse now believes that the lack of in-person appointments are to blame for doctors not catching the disease sooner.

She told  the Birmingham Mail when she tried to seek help initially, doctors were dismissive of her, saying: ‘I felt like they were telling me to stop being silly and to just get on with it.’ 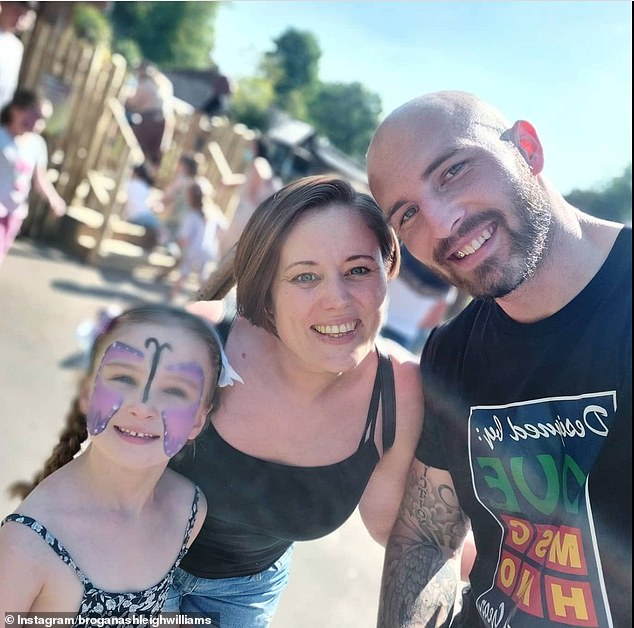 Brogan Williams, 33, from Wolverhampton, was in remission from breast cancer when she started noticing back pain and shortness of breath in October 2020. She is pictured with daughter Freya and husband Gareth

Brogan’s cancer journey began aged 30, when her husband noticed that her nipple was inverted. The pair were trying for a baby and thought it may be a sign of pregnancy.

When Brogan’s period came, she decided to get the inverted nipple checked out by her GP.

The mother underwent six rounds of intense chemotherapy with two admissions for neutropenia sepsis before having an anaphylaxis reaction to her final round of chemo. 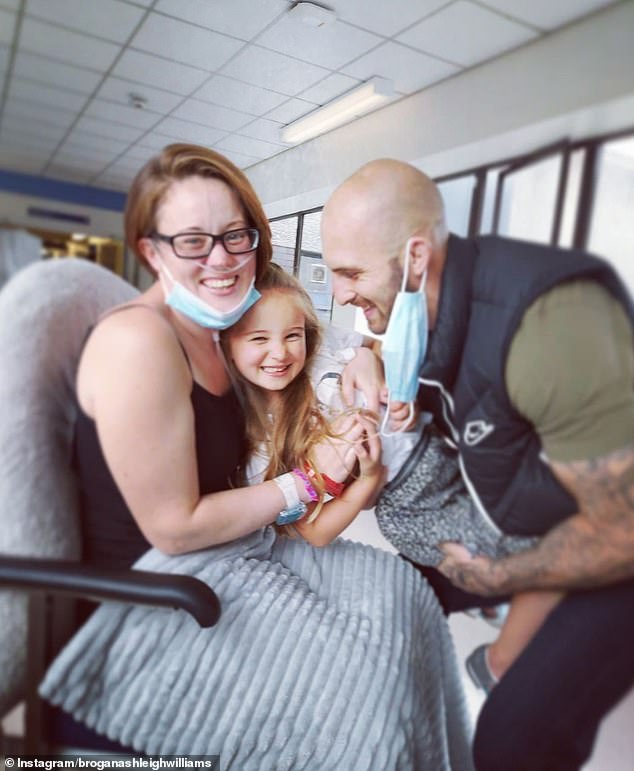 After going to A&E with chest pains, the mother-of-one was diagnosed with Covid Lung, a symptom associated with Long Covid. It wasn’t until the end of June this year Brogan was sent for scan and biopsy, when her oncologist discovered a lump in her neck

Brogan had a mastectomy on her left breast with temporary reconstruction – which would send her back into surgery 24 hours for an operation to remove a hematoma.

She then had to undergo 15 rounds of radiotherapy, suffering with skin burns, soreness, huge fatigue and chest infections as a result of her treatment.

Metastasis: How cancer travels from one part of the body to another

Cancer is a condition where cells in a specific part of the body grow and reproduce uncontrollably. The cancerous cells can invade and destroy surrounding healthy tissue, including organs.

Cancer sometimes begins in one part of the body before spreading to other areas. This process is known as metastasis.

Explaining the process in a paper published in the journal Cell, Dr Joan Massagué, head of Memorial Sloan Kettering’s Center for Metastasis Research, said: ‘From the time a tumour begins to form until it is surgically removed, it is shedding tumour cells into the body.

‘Most of these cells die, but a few may not.’

These stragglers can go into hiding, only to flare up later somewhere else – a phenomenon termed latent (or dormant) metastasis.

When all active treatment was over, Brogan had to continue chemotherapy once again – but on her 11th cycle she was told her heart was failing.

In March 2019, Brogan underwent a DIEP reconstruction with right mastectomy, which, because of the stress of the operation, caused her heart to fail once again.

Her heart stabilised with the help of medication, but facing severe breathlessness and a new breast infection, the mother’s recovery was slower than planned.

In October 2020 Brogan was in remission, but during the pandemic complained to GPs and oncologists about pains in her chest. She was told that she was too young for her cancer to come back.

In February this year, the mother had an MRI of her spine, which came back clear. Brogan returned to work in July. She underwent a CT scan which showed lung metastasis shortly before her 33rd birthday.

‘But actually, if they’d done a scan of my chest, they would have seen that there was cancer in my lungs at that point’, she said.

‘Now it’s in both lungs and is very advanced. It’s in my neck and I have two spots on my liver which they can’t rule out as cancer too.’

Brogan is now waiting for test results to find out exactly what type of cancer she has but says she’s a ‘ticking time bomb’ without treatment.

Brogan’s loved ones have started a GoFundMe page for the mother to take her daughter and her husband on a once-in-a-lifetime trip to Disneyland Florida.

Gwen Nuttall, chief operating officer at The Royal Wolverhampton NHS Trust told the publication: ‘A patient would only be admitted from A&E should there be a clinical reason at that point for them needing to be so. In many cases, further investigations are carried out as an outpatient.

‘We are sorry that Brogan feels she didn’t receive the care she would have expected, we would welcome the opportunity to discuss this with her in more detail. Our patient experience team will be making contact with her.’