Home » Lifestyle » I'm looking for the man of my dreams – are you the one?

I'm looking for the man of my dreams – are you the one? 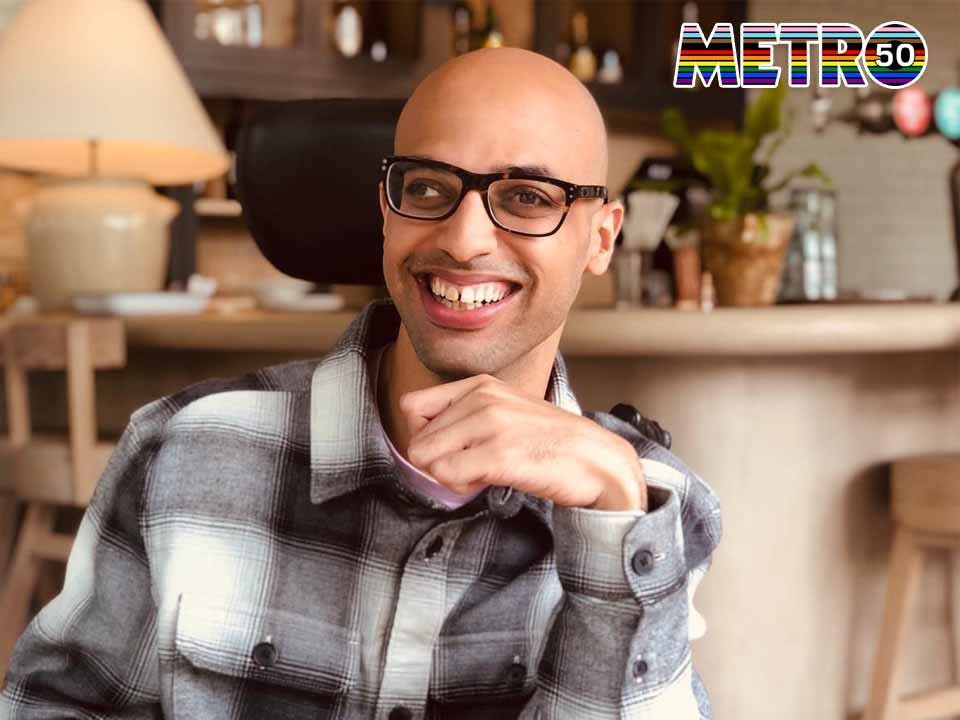 I’m a very confident, articulate, loving and generous gay guy who really feels that now is the time for me to find Mr Right.

I also happen to have Cerebral Palsy.

So here goes – this article is my official quest for love and these are all the reasons you should date me.

For someone who usually can’t shut up, it was a bit of a challenge to get started on this, but here I am and here goes. They say that you only really regret the things you don’t do… well, let’s test that theory!

Let’s start with the essentials.

I have Cerebral Palsy, which means I use a wheelchair, so being ‘swept off my feet’ is definitely not romantic, rather a logistical nightmare. But at 37 years old, I am extremely independent.

I live in a flat that is fully adapted for my needs and I have support to manage general activities of daily living, like cooking and laundry. Nobody helps me with anything personal and I am an enthusiastic user of all forms of transport in London with no help on an almost daily basis.

My independence is very important to me; I’ve had experiences where people have suggested that my disability might be a barrier to having a relationship.

One guy from college – who had actually worked with people with disabilities – once said to me when we met randomly years later that he ‘would never date a wheelchair user’. Challenges, challenges.

I’ve been out as gay since 2004 since my first feelings for a guy (God knows why I liked him – he supported Arsenal!).

Honestly, coming out wasn’t even a thing for me either. It was a bit of a let-down in the revelation stakes actually. I told my sister at the time and she simply responded, ‘OK then!’ as she disappeared upstairs. I thought to myself, ‘isn’t there meant to be some drama somewhere?’

So, what am I looking for then?

I want someone who’ll be there for me and I for them. A person who can be the final piece in the jigsaw (and help me finish them) but also the man who’ll annoy the hell out of me and lovingly steal the duvet.

I’d say I have a great smile and an amazing sense of humour – but you can be the judge of the latter by the end of this piece!

I’m looking for someone who likes good conversation and enjoys humour; someone who is caring, supportive and has a strong personality. I am probably the world’s most avid reader and I definitely did my bit to keep Waterstones in business during lockdown, so if the person I meet likes reading, that’s an extra bonus.

I don’t really have a fixed idea of who that is, but I do like it when someone has something they are truly passionate about, whatever that might be.

I want someone who’s open-hearted, committed to their life goals, would like to take the time to get to know me and ultimately, is open to the possibility of a long-term romantic relationship.

To celebrate 50 years of Pride, Metro.co.uk has teamed up with Kyiv Pride to raise money for their important work in Ukraine.

Despite war raging around them, Kyiv Pride continue to help LGBTQ+ people, offering those in need shelter, food and psychological support.

We will be splitting the funds with akt, a charity dedicated to supporting young homeless LGBTQ+ people.

You can donate here

People will rightly ask me why I wanted to put myself out there this way. Frankly, it’s because it’s time to do something different.

Although I have been in love twice (and one or two occasions when I thought I was), nothing has ever quite ‘stuck.’ I have tried every dating app under the sun – almost to the point of repetitive strain injury – and realised that for me, it just may never work.

There have been so many times when I’ve thought I might just be getting somewhere when chatting with a guy, but then things have just stopped for no reason at all.

Perhaps that’s because, for some, ‘swiping’ has become the goal in itself and when they realise that the person they’re messaging wants to meet, they don’t actually feel they want any more (or we’ve got to the point of making plans to meet, he gets cold feet because he realises that I actually exist) and that’s that.

I’ve deleted so many apps so many times that all the memories seem to roll into one, but an exchange of ‘it’s been lovely talking to you, looking forward to meeting you,’ and then absolutely nothing when I follow up on the day of meeting, pretty much sums up my online dating experiences.

The worst was when I did meet up with someone. We seemed to be having a good time, but then I realised that he was browsing a dating app right in front of me.

I’ve often wondered if my disability makes it impossible for me to live up to the images of supposed perfection that we so regularly see projected through online dating in the gay community. It’s very obvious that I use a wheelchair in most photos of me, so people don’t have to go far in order to make an instant negative judgement, if that’s what they want to do.

I have certainly felt excluded because I’m visibly different – but then I realised that I’m far from alone in facing this challenge.

While I can’t say my dating life has always been fun, my disability hasn’t stopped me from making the best of what I have, which is a lot.

I have a great family and friends and although sometimes I struggle with my confidence and some of the challenges of living in a city that – while amazing – isn’t always set up for my chair, I’ve been in stable employment at a telecoms company for nearly five years now, which I’m very happy with.

I am also a very independent traveller and have visited many countries, including Spain, Italy, Australia and Egypt (oh and the Caribbean six times). If you want a holiday, my family is the one to join!

I have three sisters, as well as a brother who lives in Melbourne and my dad is Dominican, hence the frequent trips to the Caribbean. I also have extended family connections to Egypt. The other trips are city breaks with friends.

There always seems to be a lovely looking guy who catches my eye on my travels – usually on the Tube, or just walking in the sunshine in local parks. Nice as this is of course, they’re usually with someone else!

Fancy helping me make it real with a drink in the sunshine? Mine’s a lemon and lime!

On a serious note, it would be wrong to say that I don’t have challenges. I don’t always find it easy to get out and, disability or not, I do tend to prefer quieter pursuits (I can’t stand being cold either!). But I think everyone who knows me, knows when I’m in the room – usually because I’ve taken the door off its hinges!

I wouldn’t be writing this if I could have found a relationship in a far more traditional way.

But I guarantee you that meeting me will be the best thing you’ve ever done – and you could be the one.

This year marks 50 years of Pride, so it seems only fitting that Metro.co.uk goes above and beyond in our ongoing LGBTQ+ support, through a wealth of content that not only celebrates all things Pride, but also share stories, take time to reflect and raises awareness for the community this Pride Month.

And we’ve got some great names on board to help us, too. From a list of famous guest editors taking over the site for a week that includes Rob Rinder, Nicola Adams, Peter Tatchell, Kimberly Hart-Simpson, John Whaite, Anna Richardson and Dr Ranj, as well as the likes of Sir Ian McKellen and Drag Race stars The Vivienne, Lawrence Chaney and Tia Kofi offering their insights.

During Pride Month, which runs from 1 – 30 June, Metro.co.uk will also be supporting Kyiv Pride, a Ukrainian charity forced to work harder than ever to protect the rights of the LGBTQ+ community during times of conflict, and youth homelessness charity AKT. To find out more about their work, and what you can do to support them, click here.