Nintendo has always preferred players to experience storytelling in The Legend of Zelda series rather than state it. Fans connect many events for Link, Princess Zelda, and Ganondorf using context clues hidden in items, dungeon design, or even random NPC dialogue. And at The Legend of Zelda: Breath of the Wild Kakariko Village entrances, Nintendo snuck in a hilarious callback that series fans could recognize with a fun reward. 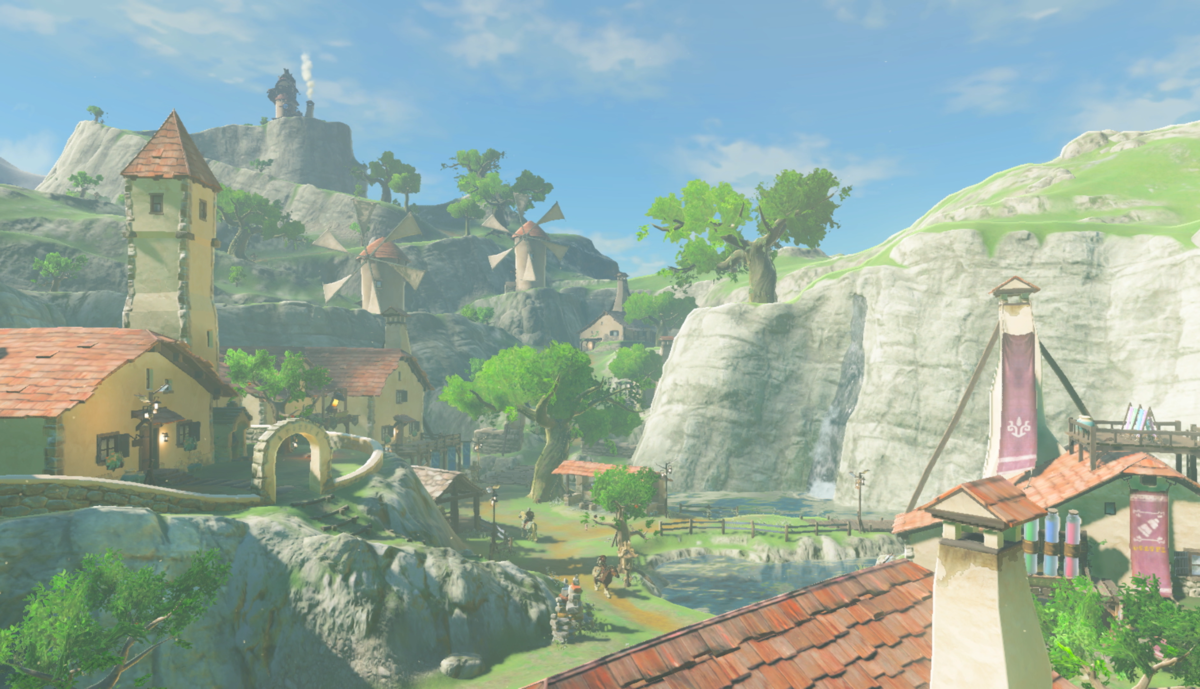 In ‘Legend of Zelda: Breath of the Wild,’ Kakariko Village north and south entrances hold the secret

In Breath of the Wild, after leaving the Great Plateau, the former King of Hyrule advises Link to find Impa in Kakariko Village. If Link follows the path through the Dueling Peaks and then north past the stable, players can find it.

Past where they first meet the Korok Hestu, the road takes Link between Bonooru’s Stand and the Pillars of Levia. Then, players come across the first gate for Kakariko Village.

Link can find two more archways entering from the north.

Most players might run right past without giving it a second look. However, others might notice the sparkle that accompanies items Link can pick up on the first south gate and the second north gate.

‘The Legend of Zelda: Breath of the Wild’ Kakariko Village entrances references a common ‘Zelda’ puzzle that doesn’t appear in ‘BOTW’

In games like Ocarina of Time and Majora’s Mask, players sometimes come across a locked door with an eerie eye ornament in the room. Shooting it with an arrow causes it to close and unlock the door.

However, Nintendo has moved away from this particular puzzle in some creative ways. In Skyward Sword, the first puzzle room of the Skyview Temple has an eye over the locked door. Link must use his sword to make it dizzy rather than use an arrow or slingshot.

In Breath of the Wild, Nintendo has two arrows sticking in the eye on the Kakariko Village south arch and three from the north gate. No NPC addresses it; Nintendo included it as an inside joke for longtime fans of the series.

Hyrule must have some avid dungeon explorers who thought shooting the Kakariko Village eye would unlock a secret. It turns out that they were actually right.

Nintendo could have left the arrows in the eye ornaments as fun Easter eggs. However, they included a reward for fans that joined in on the fun.

Shooting the eyes with arrows sticking out causes a Korok to appear hovering above the gate.

They give Link a Korok Seed, which he uses to upgrade how many weapons, shields, or bows he can carry.

It makes for a small reward, but for players hoping for more familiar Zelda elements in Breath of the Wild, Kakariko Village provides.