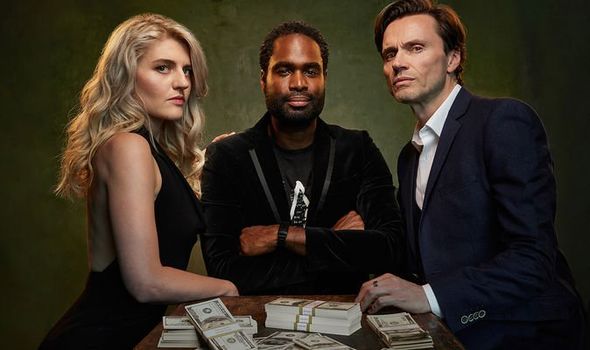 While the moral dilemma is blindingly obvious, the consequences of their decision provide the meat of the tale. Or it should. This flimsical creation from Dylan Scholsberg (composer) and Michael Conley (book & lyrics) barely scratches the surface of the relationship between impoverished songwriter Jonny (Norman Bowman, overdoing the scruffy troubadour thing) and Rebecca (Lizzy Connolly), the former comfortably-off girl who has downgraded for no discernible reason.

Set in a third-rate casino in Atlantic City where the resident singer (Jacqueline Dankworth) invites Jonny onstage to supplement his lowly income, the tale unfolds in fits and starts. When filthy-rich gambler Larry (Ako Mitchell, appropriately arrogant) makes the indecent proposal of the title, Rebecca says “No” while Jonny says “Er…no”.

His hesitation forms the pivot of the dilemma – “What would you do for a million dollars?” A transparent attempt to cash in on a well-known film (cf Pretty Woman), it would take far greater talents to make it even moderately palatable.

But the banal lyrics and music – played with squawking adequacy by the onstage band – a set design that requires a push/me-pull/you bed to be manoeuvred from beneath the casino stage at frequent intervals while stagehands/actors rush in and out replacing tables and chairs do little to assist Charlotte Westenra’s production that is leaking credibility from the start.

Dankworth is the only one who emerges unscathed from this farrago due to her great singing voice and the fact that she gets the only decent song, Atlantic City.

And Mitchell at least has the confidence to make Larry an unapologetic bastard throughout.

The rest is irredeemably awful.

Southwark Playhouse has been home to some fine productions.

This isn’t one of them.