The country’s independent cinemas have launched a Twelve Days of Christmas campaign to pressure the federal government to release almost $10 million of COVID-19 support payments that was pledged earlier in the year.

Independent Cinemas Australia chief executive Adrianne Pecotic said she was shocked the government seemed likely to pocket unspent money from the $20 million SCREEN fund when it expired on Christmas Eve. 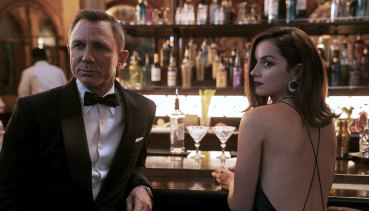 Daniel Craig and Ana de Armas in No Time To Die. Credit:MGM

“For months now we have been telling the government that independent cinemas urgently need the full support promised back in March,” she said. “Since then, cinemas have been hit with the Delta variant, vaccine rollout delays, prolonged lockdowns and consequent disruptions to movie supplies.”

The fund was set up to give grants of up to $85,000 to independent cinemas – those outside the major chains – that could demonstrate at least a 30 per cent downturn in revenue because of the pandemic.

Ms Pecotic has called on the government to make a second round of grants available.

While cinemas were expected to be busy over the holidays, “we know that recovery will take a long time,” she said. 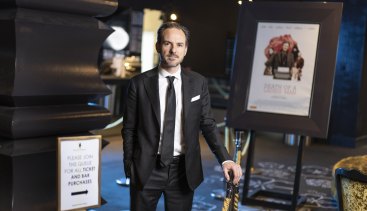 “Independent cinemas are low-margin businesses that were forced to shut to keep everyone else safe”: Palace chief executive Benjamin Zeccola. Credit:Eamon Gallagher

The chief executive of the Palace chain, Benjamin Zeccola, said that audiences were returning – with No Time To Die taking a strong $30 million alongside solid openings for Venom: Let There Be Carnage and Dune – but cinemas had debts from rent, maintenance and other costs during extended shutdowns.

Compared to the last full year of trading before the pandemic in 2019, Palace box office takings were down 87 per cent last year and 60 per cent this year.

“The government allocated $20 million pre-Delta because they recognised the value that cinema brings to society,” Mr Zeccola said. “If they redistribute the money that’s left in the kitty, it would really help with some of the massive expenses incurred during a period when there wasn’t any income.

“Independent cinemas are low-margin businesses that were forced to shut to keep everyone else safe.”

A spokesman for Minister for Communications and the Arts Paul Fletcher said the fund had been a vital lifeline that had served its purpose by allocating $10.23 million for 193 cinemas across the country.

“The fund was designed to provide one-off grants to support independent cinema sites which were dealing with the effects of COVID-19 on their business continuity, particularly the problem that distributors were not releasing Hollywood movies to cinemas in Australia,” he said.

“With COVID-19 restrictions being rolled back … states and territories opening up and Hollywood movies now in cinemas, the business circumstances that created the need for this exceptional support are now in the past.”