Home » Lifestyle » Ivana Trump net worth: How much did she get from Donald Trump in divorce settlement?

Ivana Trump net worth: How much did she get from Donald Trump in divorce settlement?

Ivana Trump was born on February 20, 1959, in Czechoslovakia. While she may be best known for marrying Donald Trump, she was actually very successful in her skiing career before her marriage, as well as being extremely well educated. She attended Charles University in Prague, where she studied German and English and was on the ski team.

The former model was selected as an athelete on the Czechoslovak ski team in the 1972 Winter Olympics.

While she was still unheard of, Ivana married Austrian ski instructor Alfred Winklmayr.

It was then through him that she obtained Austrian citizenship and was able to leave Czechoslovakia.

The couple then divorced just three years later in 1973 and Ivana moved to Canada where she spent her time professionally coaching ski racers. 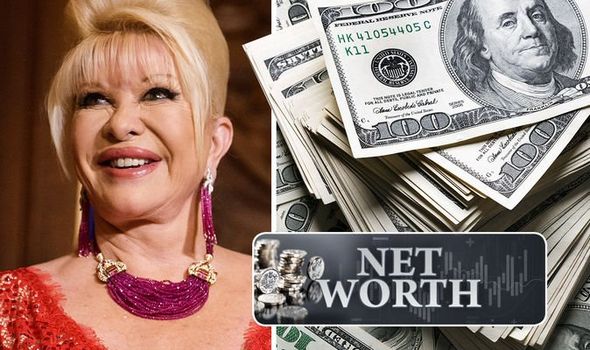 For the two years she was in Montreal, Ivana also worked as a model where she signed up for the Audrey Morris agency.

This then helped her to relocate to New York City in the 1970s where she met Donald Trump in 1976.

The couple married just one year later and had three children together, Donald Trump Jr., 42, Ivanka Trump, 38, and Eric Trump, 36.

According to Celebrity Net Worth, Ivana is worth $100million or £78million.

DON’T MISS:
Jonathan Ross net worth: How the chat show king made millions [INSIGHT]
Alex Jones net worth: The One Show host staggering salary [DETAILS]
Chris Tarrant net worth: Who Wants to Be a Millionaire host has staggering fortune in bank [FORTUNE]

Ivana’s divorce to Donald Trump, who at the time was a rich entrepreneur, won her more than $20million (£15.1million) in their settlement.

While this has no doubt added a huge fortune to her worth, Ivana also has a number of her own ventures which she has earned huge amounts of money from.

Soon after the divorce, Ivana developed lines of clothing, jewellery and beauty products that have since been sold through television shopping channels.

A showroom was then located on the well-known Park Avenue in New York for her brand which was then called House of  Ivana. 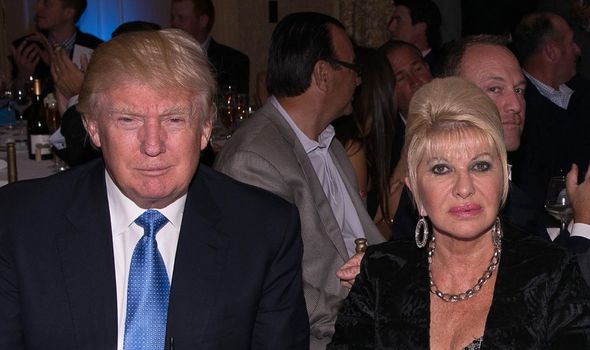 As well as a success in the clothing industry, Ivana has also made a number of television appearances.

She played a role in the Hollywood film The First Wives Club in 1996 as well as hosting a reality TV show titled Ivana Young Man in 2006.

Ivana also appeared on the UK version of Celebrity Big Brother in 2010.

In 1998 she pursued business interests in Croatia which saw her purchase 33 percent of the nation’s second largest daily newspaper. 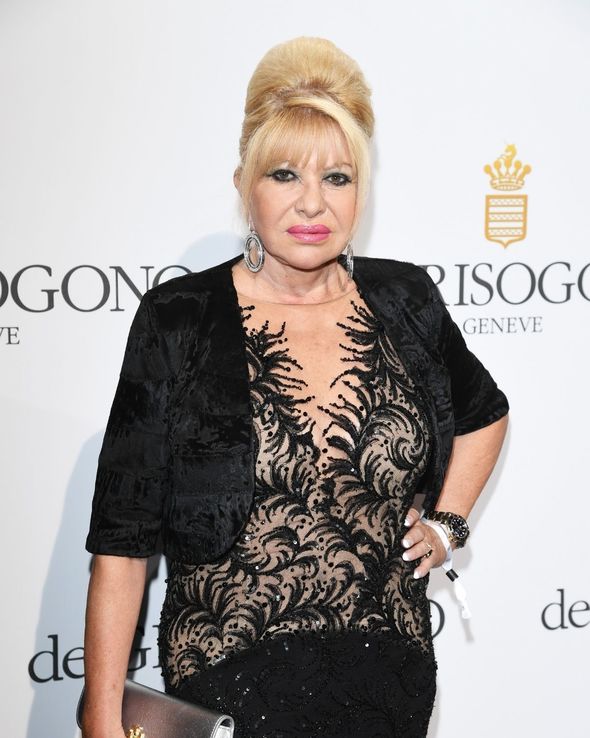 She also started contributing to an advice column for Globe for 15 years and in 1999, she launched her own lifestyle magazine called Ivana’s Living in Style.

Two years later in 2001, she also contributed an advice column for Divorce Magazine.

The businesswoman has also added to her net worth by writing several books including the titles of For Love Alone, Free to Love and Lucy Wilkins.

In 2017, she released an autobiography called Raising Trump that gives readers an insight into her own upbringing as well as the early years of raising her children with Donald Trump.