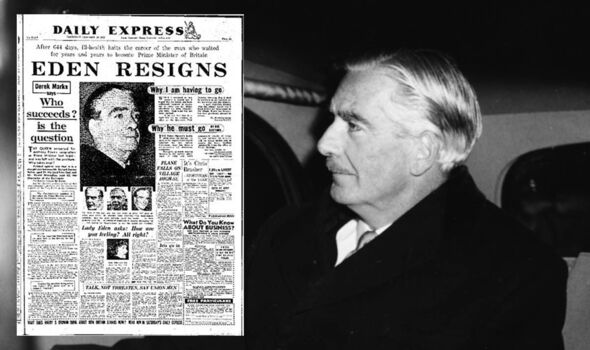 Eden’s 21-month premiership had been marred by the Suez Crisis which ended in a humiliating withdrawal of UK and French troops from the Canal Zone after pressure from the United States and the United Nations.

He was succeeded by the Chancellor Harold Macmillan.

44 years ago (1979) Prime Minister James Callaghan refused to declare a state of emergency as he returned from an international summit in Guadeloupe to a country ground to a halt by strikes.

Critics said he should have remained at home to deal with the industrial crisis gripping the nation.

38 years ago (1985) Sandinista leader Daniel Ortega was inaugurated as president of Nicaragua.

Socialist Ortega vowed to strengthen the country’s ties with the Soviet Union and with Cuba.

Under President Reagan, the US backed the Contra rebels in their war against the elected government.