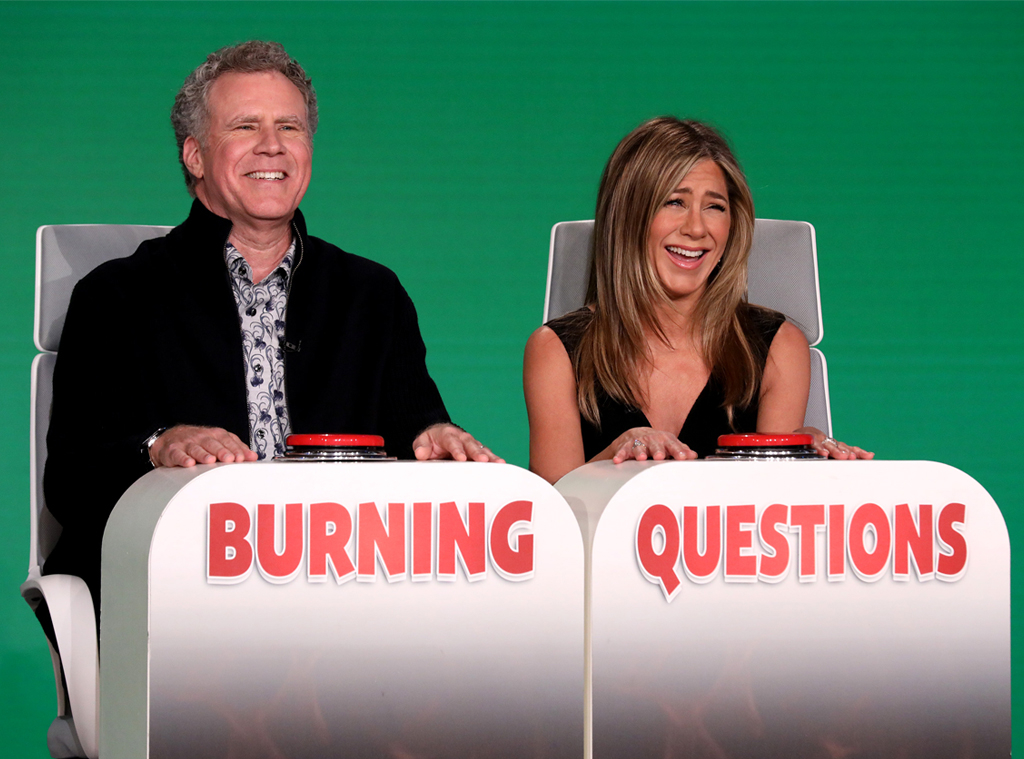 Remember the one with the rumor? Well, Jennifer Aniston is still living it.

On Friday, the Friends alum so valiantly filled in for her pal Ellen DeGeneres as host of—yes, you guessed it—The Ellen DeGeneres Show. During the episode, Selena Gomez adorably fangirled over her and then the actress played a round of “Burning Questions” with Will Ferrell, in which the duo revealed the celebrities they’re mistaken for, their first kisses (“a young man named Christian” for Aniston), and why they’ll never, ever go scuba diving. Alas, there was one prompt in particular that the 50-year-old wanted nothing to do with: What’s the weirdest rumor you’ve ever heard about yourself?

For Farrell, it was easy. “That I died in a hang gliding accident,” he admitted. “True story. I had to call my parents and say it didn’t happen.” As for The Morning Show actress, that one was a hard pass. “What’s the weirdest—I don’t have time for this,” she said before defiantly hitting the buzzer and moving on to the next.

After all, the actress’ personal life has been plastered across tabloids for decades. Everything from her marriage to Brad Pitt and feelings toward Angelina Jolie to her split from Justin Theroux have been twisted into oftentimes cruel reports. (Let’s not forget how she allegedly dumped John Mayer over his excessive tweeting. Yeah, OK…)

And following her reunion with Pitt at the 2020 SAG Awards last weekend, the rumor mill has essentially lost its mind.

Despite their hug felt around the world, don’t get your hopes up. The now-friendly exes, who divorced in 2005, are just fine with the status quo. “They’ve been in touch over the last few years and talk occasionally,” a source previously told E! News. “If they run into each other they will congratulate each other and exchange pleasantries. They want the best for each other. There are no issues with being in the same place at the same time.”

Indeed, they are more than happy to support on another. Following her win at the annual awards show, the Once Upon a Time…in Hollywood actor was seen intently watching her acceptance speech and silently cheering her on.

Later in the night, during an interview, she described her ex as “sweet.”

“We’ve all grown up together,” she added. “We really have and it just feels like a really fun night to celebrate and cheer each other on and keep working.”