The ‘Silver Linings Playbook’ star is looking forward to focus on being a mom and taking a little time away from acting once she has her baby.

Jennifer Lawrence is going to be a first-time mom soon, and the 31-year-old actress plans to take the time after her baby is born to focus on being a parent. A source close to Jennifer revealed to HollywoodLife EXCLUSIVELY that the actress has a year-long hiatus planned from the big screen after she has her baby. Despite planning on focusing on her child, she also has plans for her on-screen return and has been considering roles for when she makes her return!

While Jennifer’s latest movie Don’t Look Up just premiered in theaters on December 10 (and will hit Netflix on December 24), the actress has been happy to have a bit of time off. “As for Jen’s career, she has really enjoyed having this break and focusing on herself and her pregnancy. She has worked hard for several years, and it has been very rewarding for her,” the source told HollywoodLife. “She is going to get back to acting but not for a year after the baby is born.” 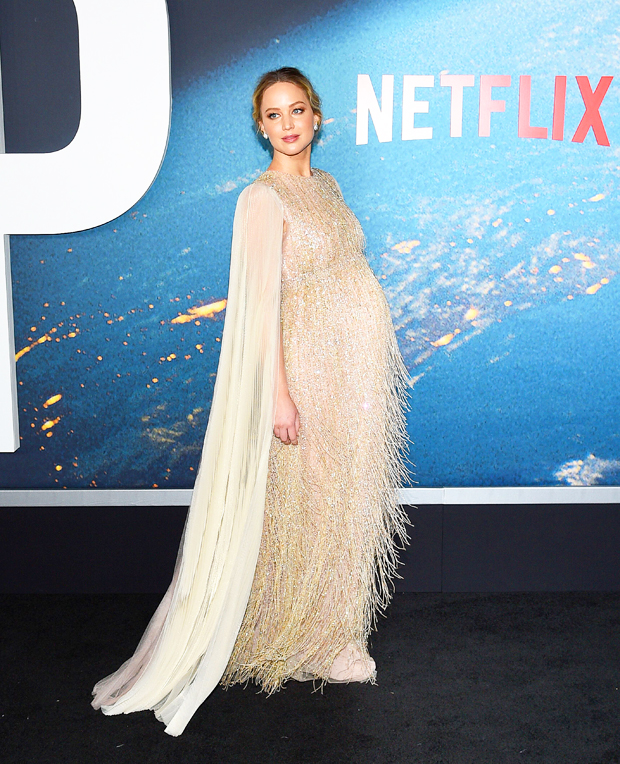 Even though the Academy Award winner is enjoying the break, she definitely has her next big movie on the brain. “She has been reading a lot of scripts and wants to take a role next that shows her versatility as an actress. She knows that she can do it all and plans on maintaining a healthy balance between work and being a mother and wife,” the source revealed.

The new baby will be both Jennifer and her husband Cooke Maroney’s first child. The pair announced that The Hunger Games star was expecting back in September, and Jennifer has been super complimentary to her hubby for all of his help through the pregnancy. A source close to the actress revealed that Cooke has been “incredibly attentive” and “supportive” of his wife during this time. “Cooke has been a tremendous help. He’s been so supportive by being there at the drop of a hat for her. He’s incredibly attentive to her needs and just wants to be there for anything she might ask for,” the source said to HL.