Bumping along! Jennifer Lawrence gave the first glimpse of her baby bump after news broke that the actress is pregnant with her and husband Cooke Maroney‘s first child.

Celebrity Pregnancy Announcements of 2021: See Which Stars Are Expecting

The 31-year-old Oscar winner’s budding belly could be seen in a pair of floral overalls and a white shirt while she was out to lunch in New York on Thursday, September 9, in photos obtained by Page Six. The Kentucky native, who accessorized with jelly sandals and a tan purse, ate a grilled cheese sandwich, tomato soup, chicken wings and a side salad. 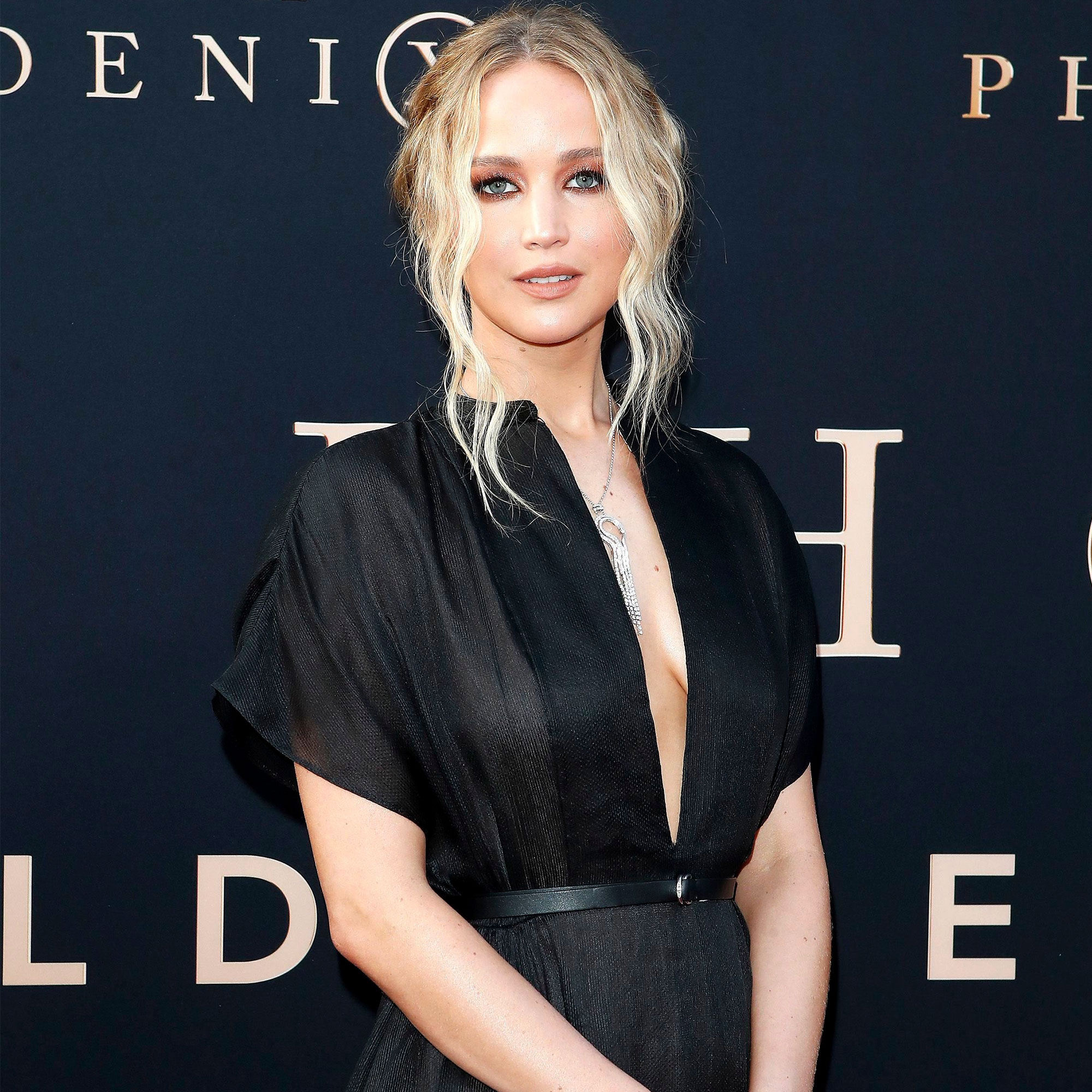 Lawrence’s outing came one day after her rep confirmed her pregnancy news.

Celebs Who Hid Baby Bumps Amid Quarantine: Halsey and More

The Silver Linings Playbook star and Maroney, 37, wed in October 2019 in Rhode Island. The pair began dating in late 2018 and got engaged in February of the following year. “He’s just the best person I’ve ever met in my whole life,” Lawrence gushed to Entertainment Tonight in June 2019 of the gallerist, calling his proposal “very, very easy” to accept.

While the Golden Globe winner keeps her marriage to the Virginia native private, she previously spoke to Heather McMahan about Maroney not minding her having sleepovers in their Los Angeles home.

“My best friend in the entire world, we used to have sleepovers all the time and then she got married when we were pretty young. I was, like, 24 and I was like, ‘Well I understand, you know, it’s gonna change, you’re gonna get married.’ And she was like, ‘No, it’s not,’” the Hunger Games star explained in an October 2020 podcast episode. “And we still to this day — she’s been married for seven years — we still to this day have sleepovers. Love a girly slumber party. … [She] came over [recently] and it was not planned, but she ended up spending the night and we slept in my bed and my husband slept in our guest room.”

The American Hustle star’s mother, Karen Lawrence, exclusively told Us Weekly in March 2020 that she couldn’t “wait” for Jennifer to give her a grandchild. “I don’t think that a grandmother could have too many!” the Camp Hi-Ho founder gushed at the time.

As for Jennifer, she joked in August 2018 that she wanted to have a baby with Emma Stone. “Wouldn’t it be great?” the Passengers star asked the Arizona native, 32, at the time. “I can tell you’re fertile just by looking at you. I can see it in your f–king face.”

The La La Land star and her husband, Dave McCary, have since welcomed their first child, a now-5-month-old daughter, in March.