‘Catwoman’ Jocelyn Wildenstein was spotted with her fiancé Lloyd Klein in New York City on Monday while filming the scenes for their upcoming docuseries.

The socialite, who earned her nickname after spending millions on plastic surgery to make her look feline, was dressed in all black when she arrived at the TV studio in Brooklyn with her partner of about 19 years.

Wildenstein, 77, kept warm in a fur bomber jacket that she paired with black skinny jeans. She topped off the edgy look with oversized black shades and studded ankle boots. 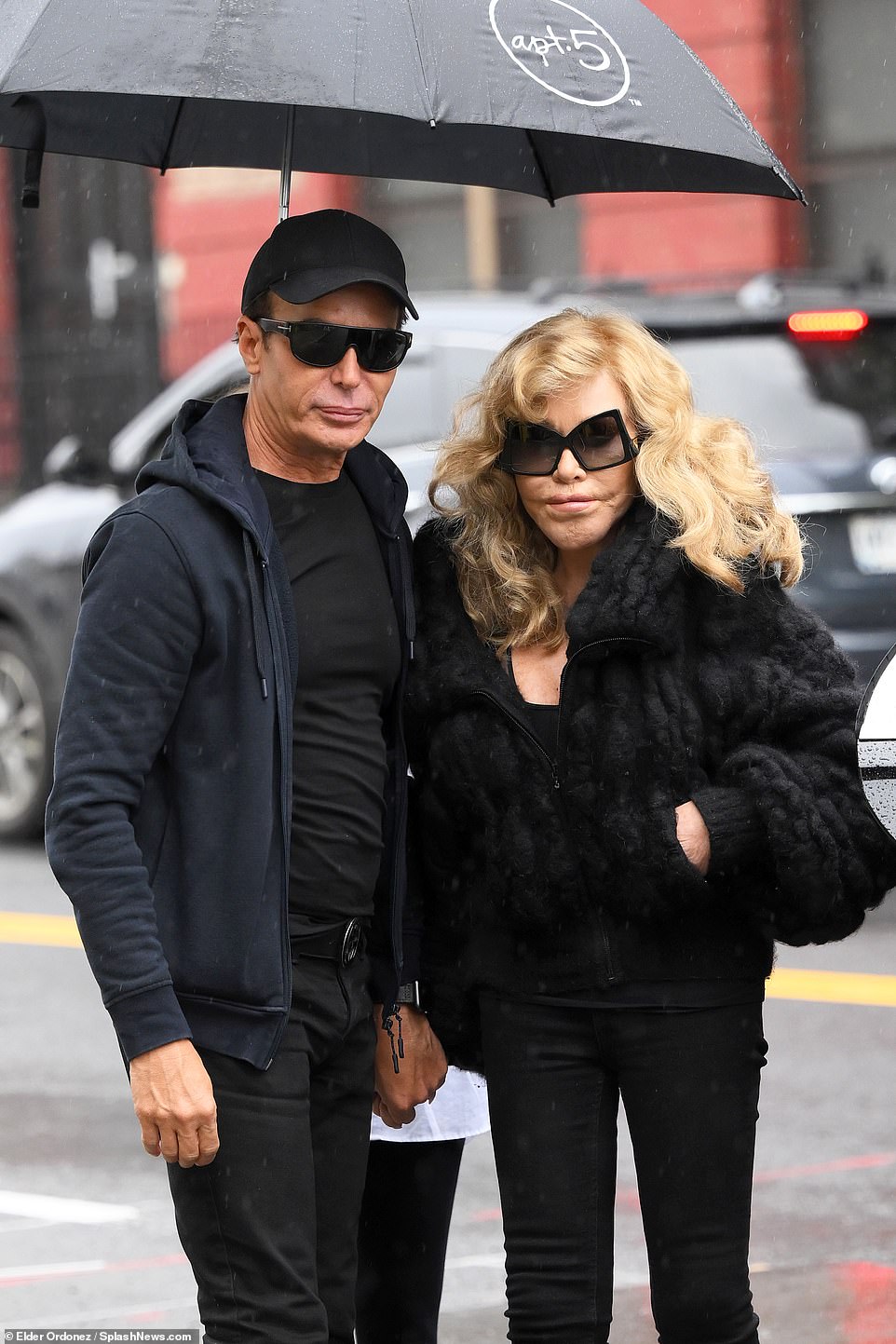 Jocelyn Wildenstein, 77, and her fiancé Lloyd Klein, 55, were seen arriving at a TV studio in Brooklyn to film scenes for her upcoming docuseries on Monday 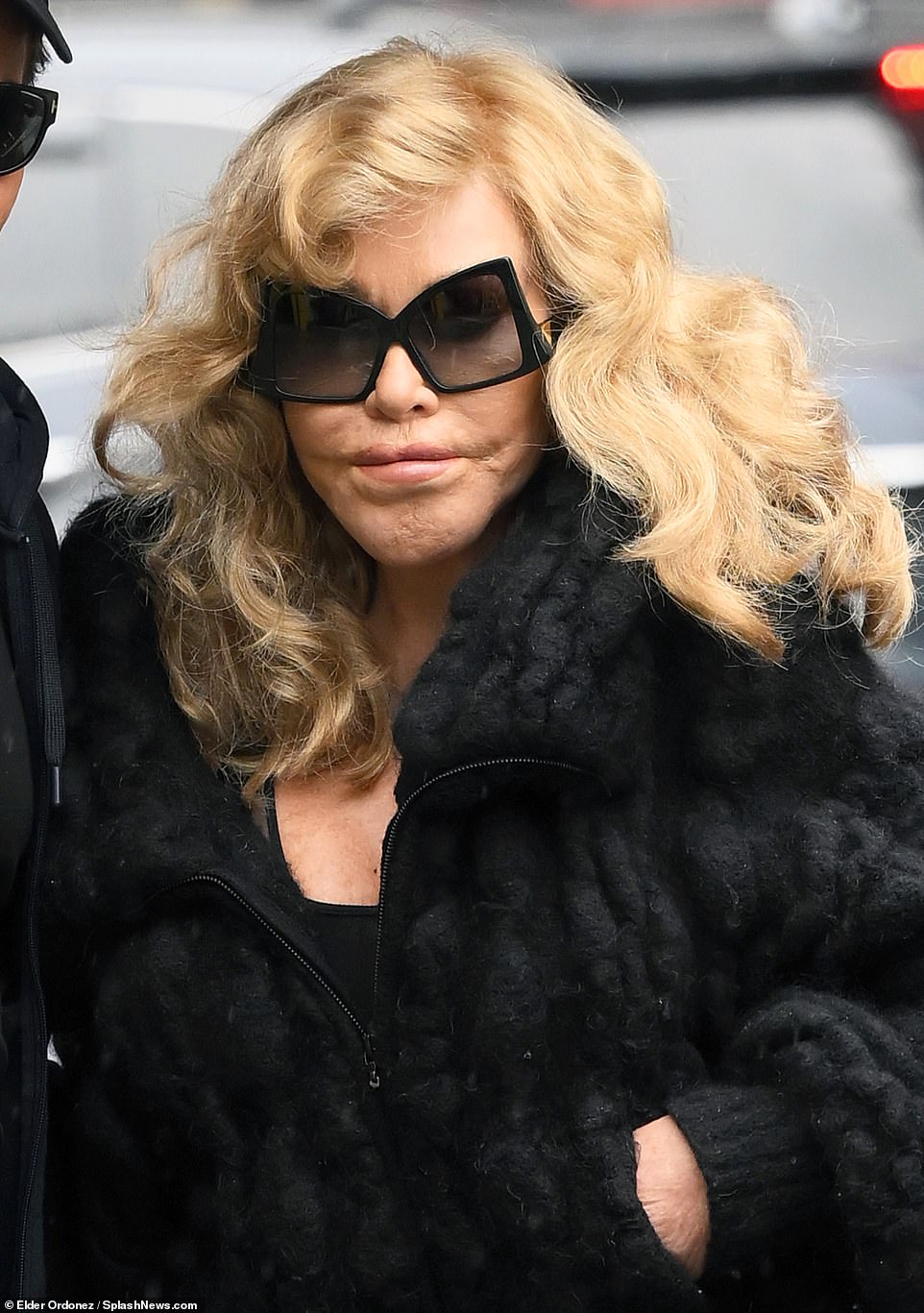 Klein, 55, was dressed casually in a faded zip-up hooded sweatshirt that he wore over a black T-shirt and jeans. The fashion designer also donned a black baseball cap, dark sunglasses, and lace-up brogues.

The couple held hands and stayed huddled close together as someone held an umbrella over their heads on the rainy day in the city.

Wildenstein and Klein’s outing comes just days after they attended the Fendi fashion show together during New York Fashion Week.

The couple once again opted for all-black outfits, this time in the form of sleek suits.

In March 2021, Page Six reported that Wildenstein was in talks to produce a docuseries about the ups and downs of her life.

‘She now really wants to talk about her life, what drove her, how she built a business with her fiancé in the craziness of their life together in New York,’ her publicist, Brandon Cohen, told the outlet.

The couple has been engaged since Klein presented Wildenstein with a 32-carat diamond ring that is reportedly ‘worth millions’ in 2017.

The Swiss-born socialite filed for Chapter 11 bankruptcy protection in May 2018, according to federal court papers.

Last year, her creditors sold off one of her three Trump World Tower units in Manhattan for just under $2 million.

Wildenstein first became a fixture in the New York press around the time of her 1999 split from her husband Alec N. Wildenstein. 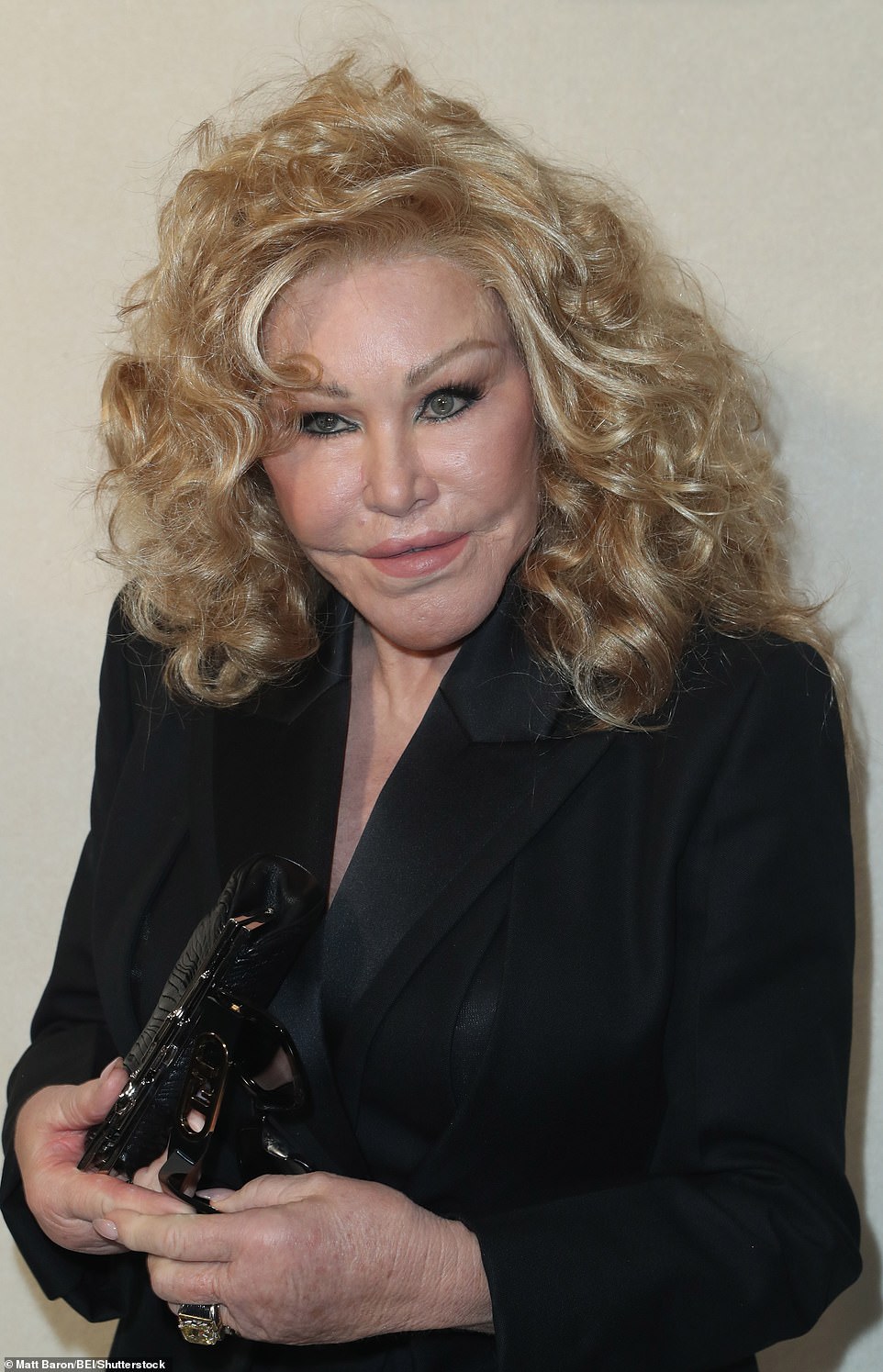 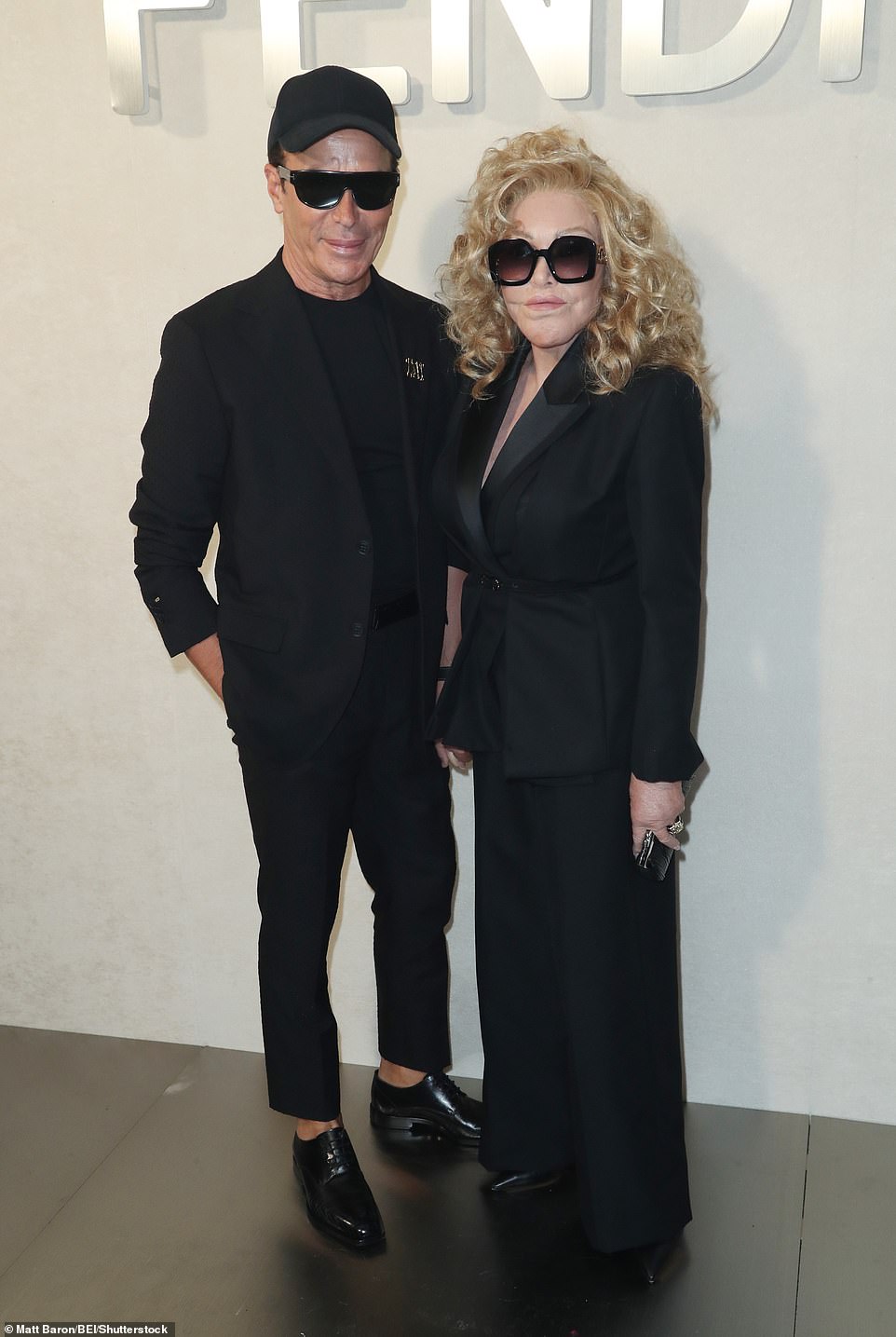 She won a reported $2.5 billion divorce settlement while bragging about the high costs of her lavish lifestyle and penchant for plastic surgery.

Two decades later, the woman who once purchased a capuchin monkey as a pet found herself with no checking or savings accounts, no retirement fund or pension plans, and no investments, according to her filing.

Wildenstein is also known for her tumultuous relationship with Klein, including reports of domestic abuse on both sides.

In December 2016, she was arrested for sinking her claws into Klein’s face and scratching him with scissors in a now-notorious catfight.

The designer escaped by bundling her into a closet before Wildenstein called the police herself only to be arrested when they saw her partner’s wounds. 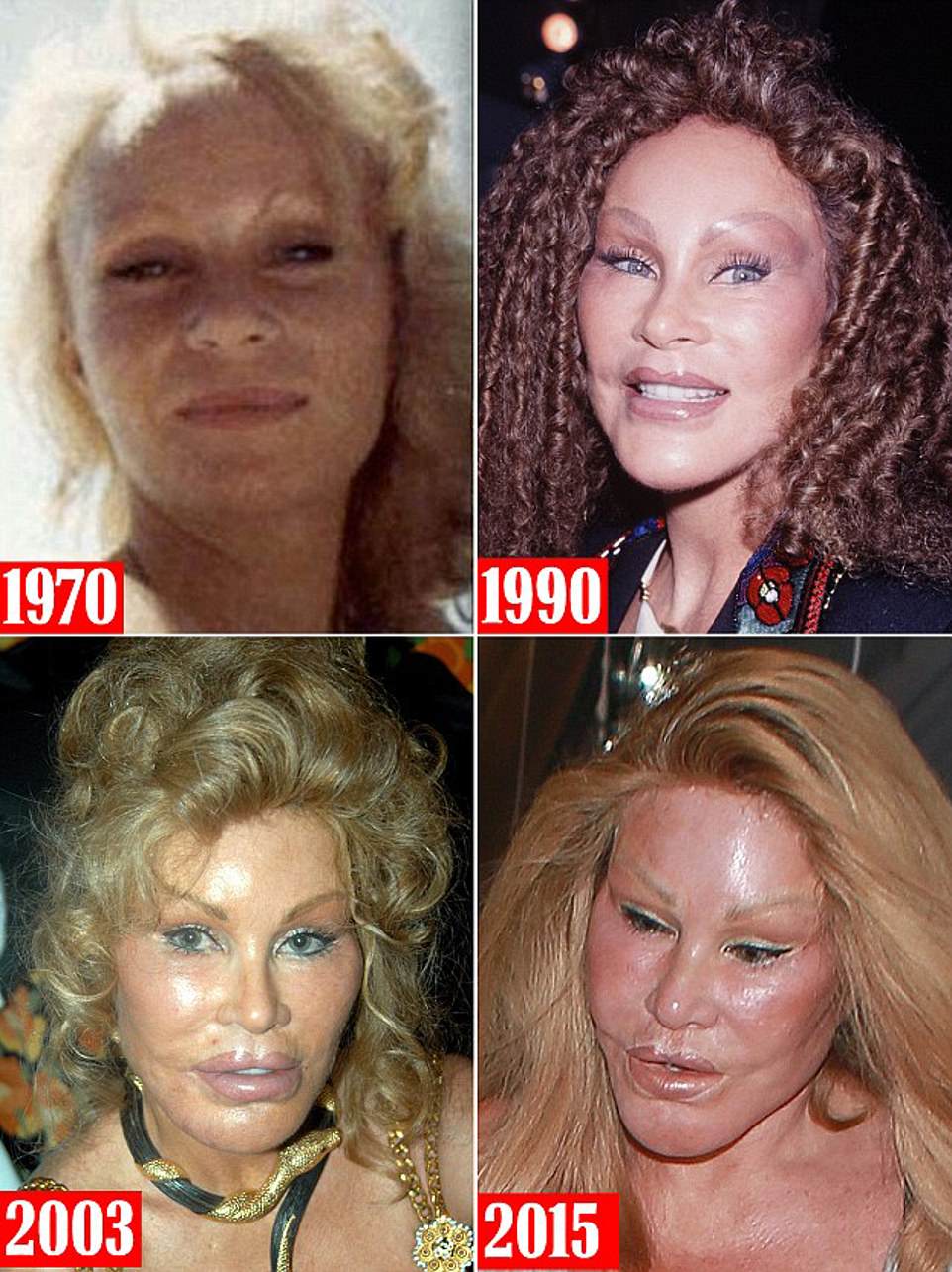 Wildenstein earned the nickname ‘Catwoman’ as a result of her exaggerated feline features, which have become much more pronounced over time 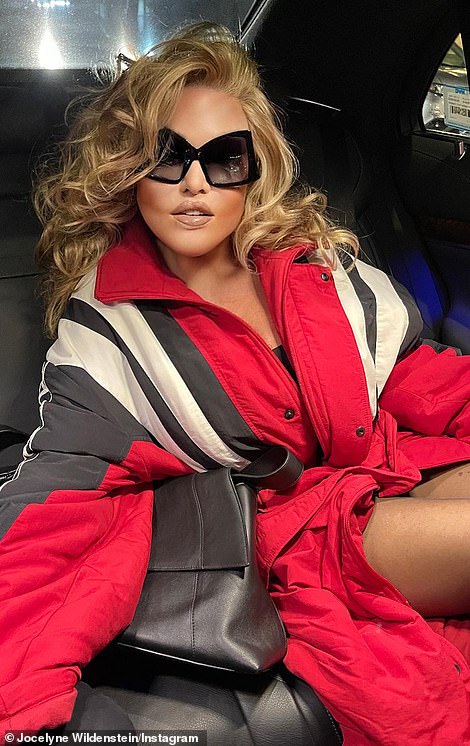 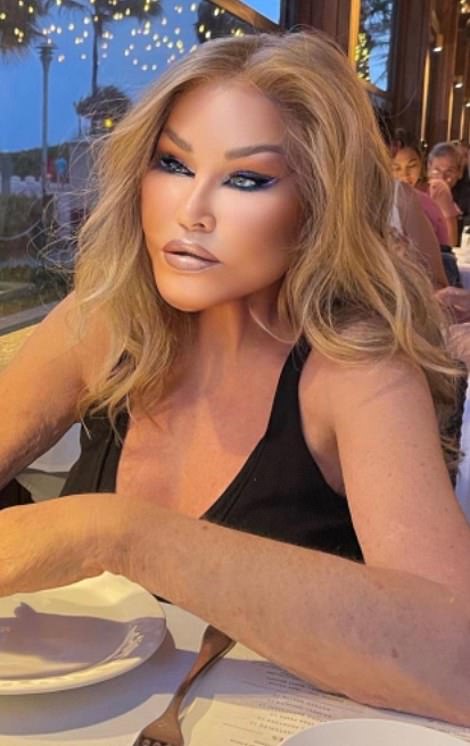 Wildenstein has been sharing glamorous airbrushed photos of herself on Instagram 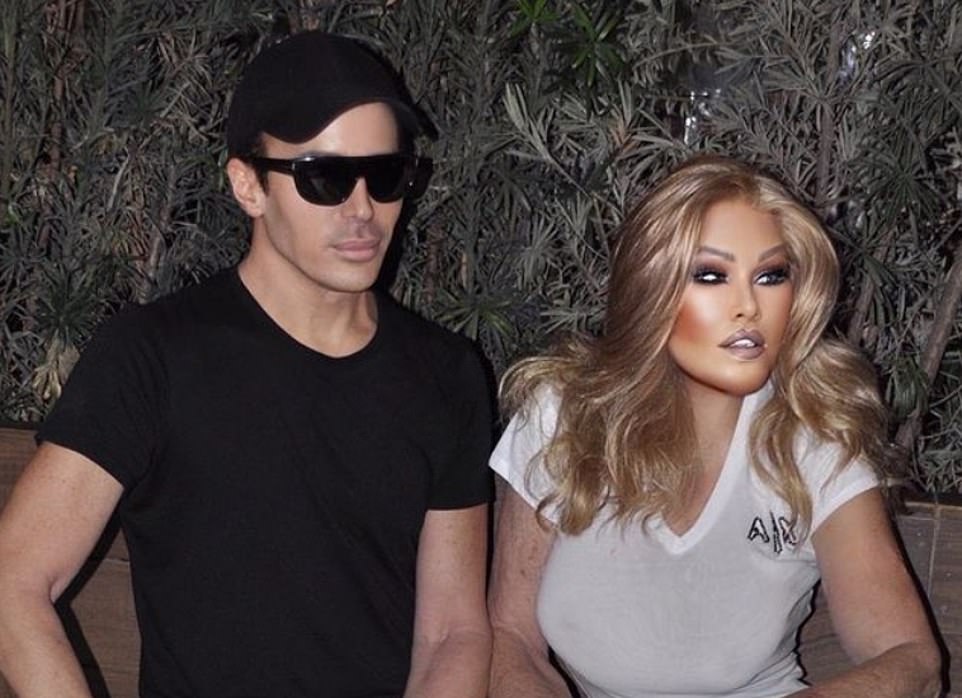 Wildenstein and Klein have yet to make it down the aisle after being engaged for about five years. They started dating nearly two decades ago

Klein would face the ignominy of arrest himself just days later when police accused him of pushing Wildenstein when he went back to collect his belongings.

However, the bickering pair later said the headline-grabbing tussle that ended with both of them being thrown behind bars only made them realize how much they couldn’t bear to be apart.

They were reconciled as soon as authorities dropped all charges, and Klein popped the question that July.

In 2017, they made headlines again while dismissing claims of a late-night fight. They insisted they injured themselves having passionate sex after a dish of beef bourguignon exploded. 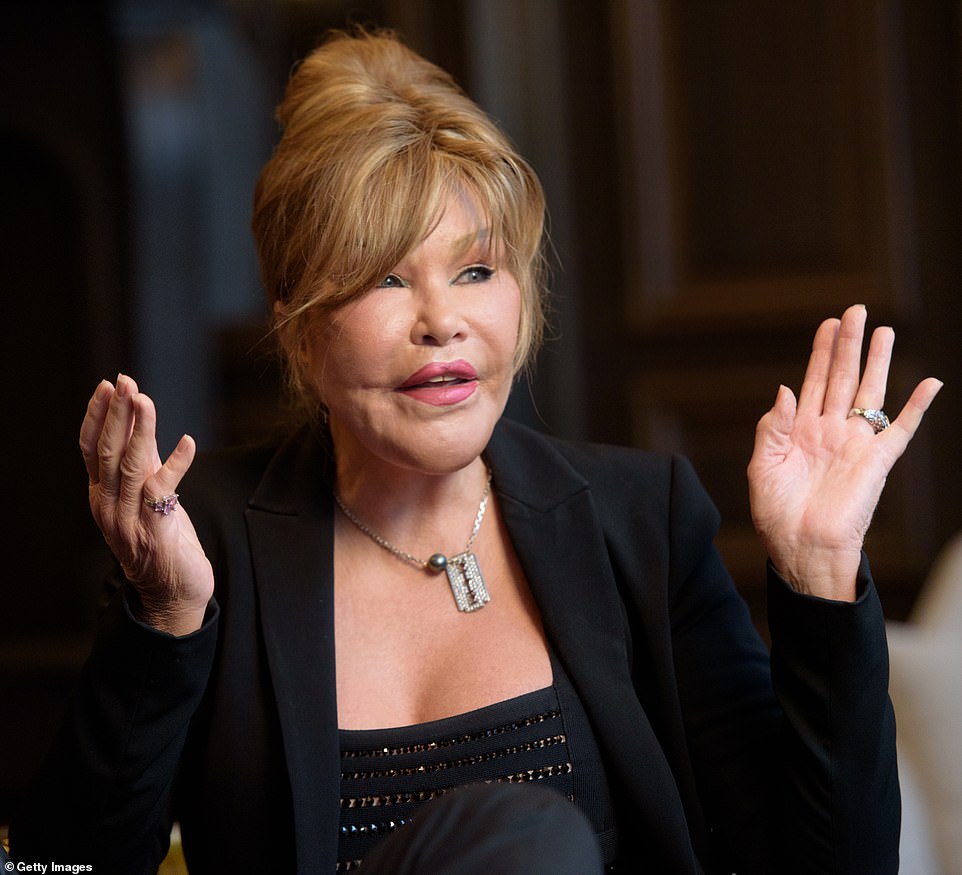 Wildenstein, who won a reported $2.5 billion divorce settlement in 1999, filed for Chapter 11 bankruptcy protection in May 2018. She is pictured in August 2017 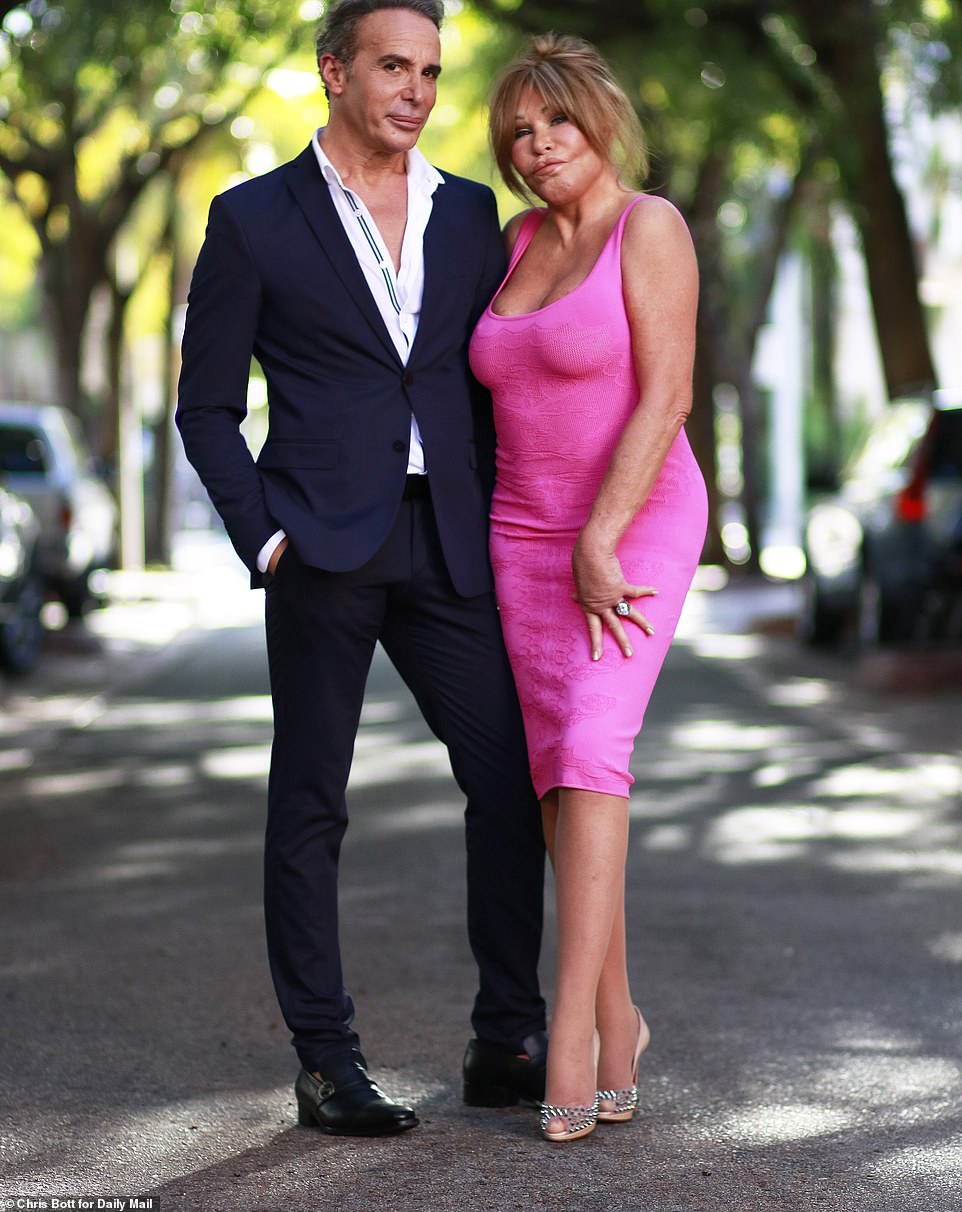 Wildenstein and Klein have been engaged since 2017, when Klein presented the New York socialite with a 32-carat diamond ring, which is reportedly ‘worth millions’

Neighbors had heard screaming coming from their apartment and police arrested both of them after they arrived at 1 a.m. to find a shattered casserole dish on the kitchen floor, bruises to Wildenstein’s neck and arms, and a cut to Klein’s forehead.

Klein said he had raced to the shower to wash the scalding broth off his legs where he says he slipped and fell, suffering a small cut to the forehead.

Wildenstein joined him in the bathroom to check he was okay, but before long they moved to the bedroom and started to have sex.

They told DailyMail.com that neighbors overheard their noisy lovemaking and wrongly leaped to the conclusion that Wildenstein was being attacked.

Wildenstein and Klein have yet to make it down the aisle, but they looked more in love than ever in the heavily airbrushed photos she has been sharing on Instagram.