Joel McHale opened up about that highly-anticipated ‘Community’ movie & how the cast is making it happen!

The Community cast is all in for a reunion movie, especially after their viral table reading from last May, which benefitted COVID-19 relief. In speaking to Joel McHale on behalf of Q Mixers, the actor, who played Jeff Winger on the NBC sitcom, opened up about the movie plans and how that table read put the plans in motion. “If you had told me a little over a year ago that there was a chance of a Community movie, I would like, ‘Yeah, maybe,’  but after that table read, we were like, ‘Oh, hey, look, we’re all here and we all like each other!’” Joel told HollywoodLife in an EXCLUSIVE interview.

The former The Soup host admitted they “just need the money” to make the movie happen now. “To make movies, you need — no matter how you slice it — you’re going to need a little bit of money to make it,” he said, then joked, “I just I hope we do because Donald [Glover] really could use the exposure and the dough.” Fans have held on to the hope of a Community movie following Danny Pudi‘s character Abed’s prophecy of “six seasons and a movie.” 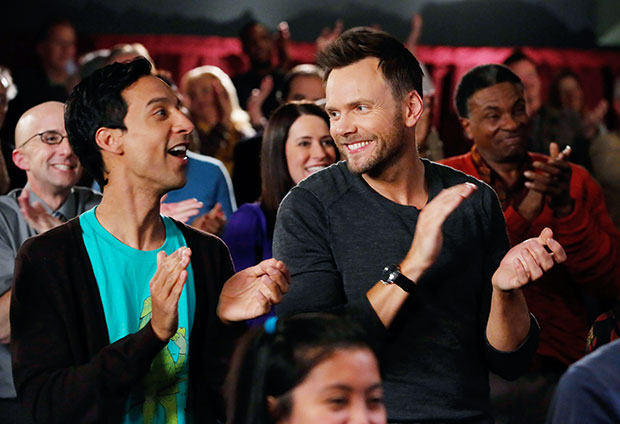 Joel added that he “can’t believe” how successful the show has been since it went off the air after its sixth season in 2015. “I feel it’s like a great vindication of how the show was always kind of always about to be canceled, so with good success on the streamers I was just like, ‘God bless.’” Community continues to stream on Hulu and became available on Netflix last April ahead of the table read.

Joel spoke to HollywoodLife in partnership with Q Mixers, America’s leading premium carbonated mixers company! He joined the brand as their first-ever Chief Happy Hour Officer (CHO). As CHO—and Q Mixers’ first celebrity partner, Joel’s official responsibilities will include showing how great Happy Hour can be when we make great drinks and laugh with friends and colleagues in person again. 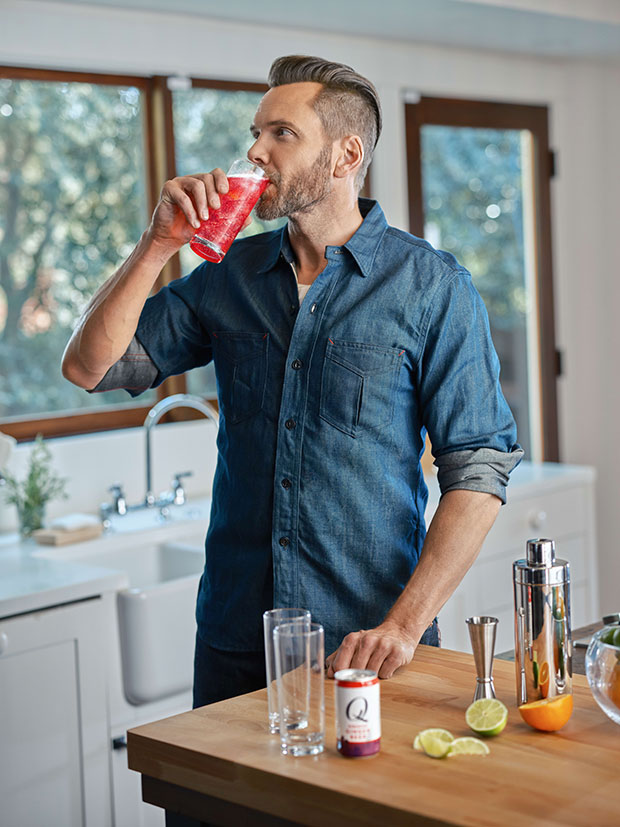 “Discovering Q Mixers was like a two by four to my head. I used to spend all this time selecting the perfect spirit for my drink, only to ruin it with a bad mixer. With Q Mixers, I can easily make my drinks a billion times better because they are made with only the best ingredients, have less sugar, and more carbonation,” Joel said of the partnership. “I want to say it was hours and hours of hard practice. But actually it was just pouring a can of Q into a glass filled with ice and good booze. I am now an expert at easily making great drinks at home and I’m excited to join the team as Chief Happy Hour Officer, where I’ll help bring excitement back to five o’clock gatherings and show America what a quality mixer looks, or should I say, tastes like.”