John Farnham’s recovery from cancer surgery is progressing well, his family says, after he was moved into a rehabilitation facility this week.

The singer, 73, was moved from intensive care to the general ward of a Melbourne hospital “a couple of weeks ago”, his wife Jill Farnham said in a statement on Thursday morning, before he was then moved to the rehabilitation facility this week. “That in itself was terrific progress,” she said. 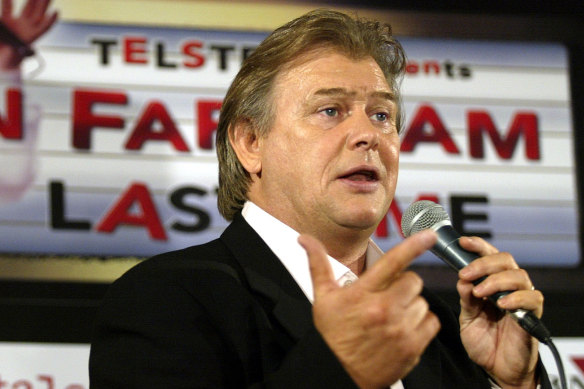 John Farnham is recovering from surgery in hospital.Credit:Ray Kennedy

“Each of these steps means things are moving in the right direction and for that we are enormously thankful.”

Farnham underwent an 11½-hour surgical procedure in Melbourne on August 23. The surgery involved two processes – the first being removal of the tumour itself, the second being reconstructive surgery on Farnham’s jaw, part of which was excised during the first operation.

“Our family is so very grateful to all the remarkable teams of Victorian medical professionals who have taken such good care of John,” Jill Farnham, and sons Rob and James said today. “These outcomes are a credit to their dedication, skills and compassion.

“His medical team are very pleased with his progress over the past month.”

A week after the initial surgical procedure, Jill Farnham said “the cancerous tumour … has been successfully removed. There is still a long road of recovery and healing ahead of us, but we know John is up for that task.”

Universally known as The Voice after his 1986 hit You’re The Voice, Farnham’s most recent performance was the bushfire benefit concert in February 2020. He was joined on stage that night by Olivia Newton-John, who lost her long-running battle with cancer last month. 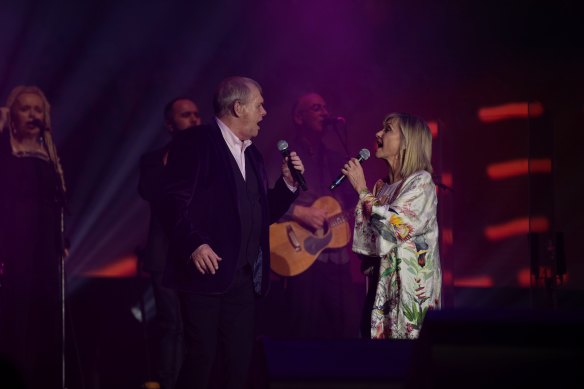 John Farnham and the late Olivia Newton-John at a bushfire relief concert in February 2020.Credit:Dean Sewell.

Farnham’s singing career began in 1964. He was named Australian of the Year in 1987 and received an Order of Australia in 1996.

He is the only Australian artist to have a chart-topping record in five consecutive decades, and was inducted into the ARIA Hall of Fame in 2003.

Since news of Farnham’s condition was revealed, messages of support have poured in from public figures, fans and members of the public.

A tribute page has been established “as a way for fans to write and send messages of love and support to John”, who is not on social media.

Organisers of the weloveyoujohn.com.au page promised the messages “will be saved and shared with John and the family” to read when the time is right.

“We have received many thousands of beautiful messages,” the family said in today’s statement. “Being surrounded by this much love and support has meant the world to us all. Thank you.”