THE John Lewis Christmas advert filming location has been "exposed" by a TikTok user after locals spotted fake snow on their street.

The retailer's highly anticipated festive ad is always shrouded in secrecy until it's released but locals in Orpington in Kent reckon it's being filmed on their road. 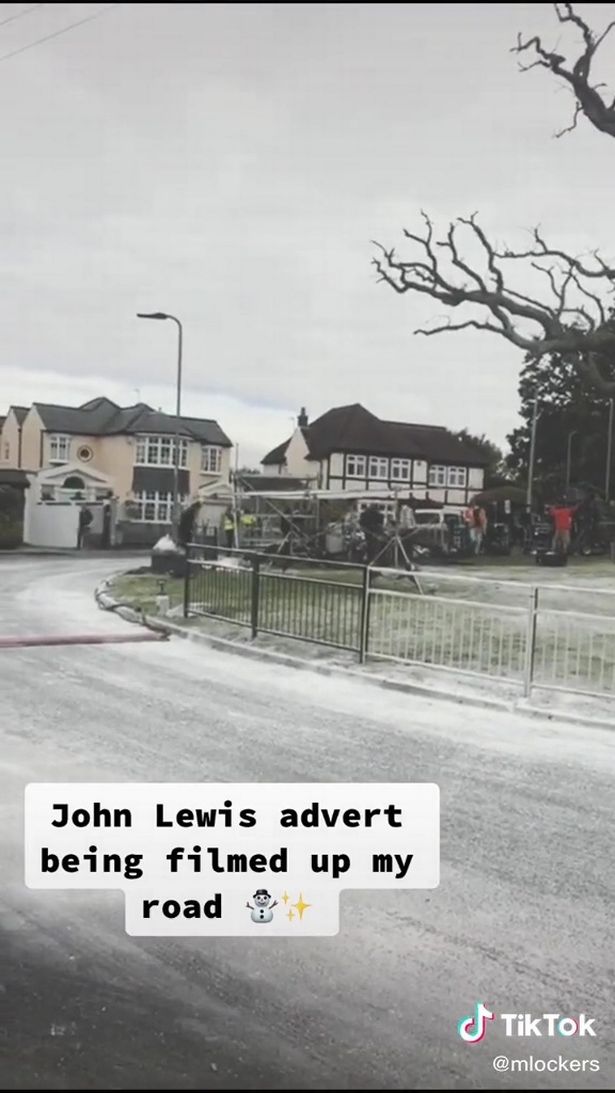 The retailer is yet to confirm whether the claim is true or not but residents on the street think that they've cracked it.

TikTok user @mlockers shared a clip of a snow covered set put together near where they lived and a film crew in action.

The short video shows a grassy roundabout that has been cordoned off and drizzled in fake snow props.

In the middle of the roundabout is a leafless tree that has also been sprinkled in the white powder, with a snowman standing beside it. 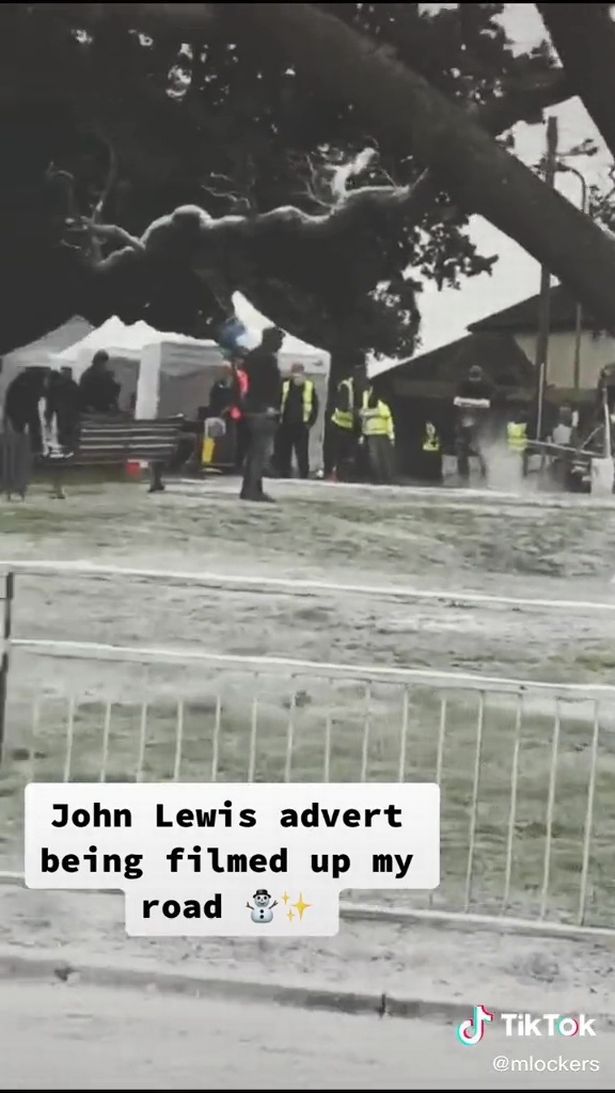 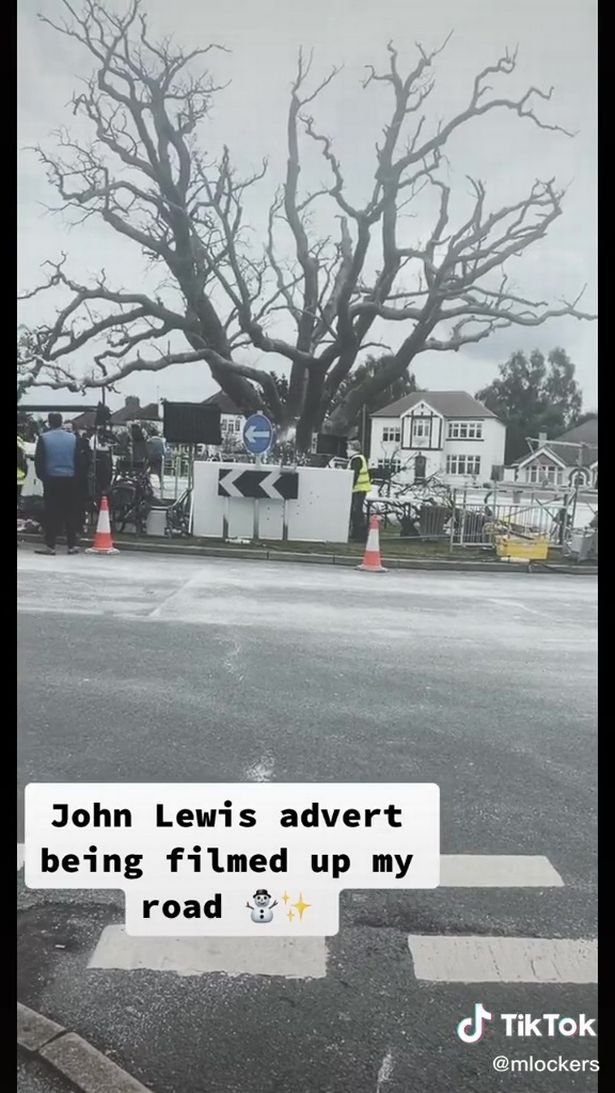 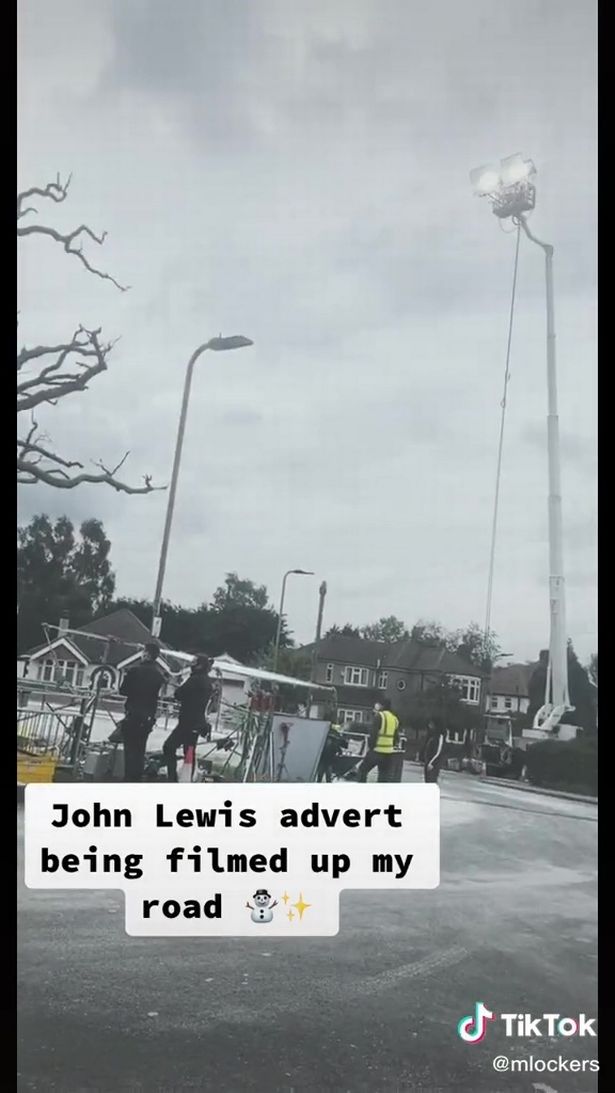 Set workers can be seen walking around in high-vis jackets and flood lighting attached to a huge crane to get the ideal lighting for filming.

The clip is set to festive, jingle music and captioned "John Lewis advert filmed up my road".

It's not clear exactly what will be the theme of this year's ad but another local resident told the Daily Star that he saw a girl and boy trying to get a football down from a tree.

He told how filmmakers had put Christmas decorations on all of the houses in shot, as well as fairy lights in the windows and wreaths on the doors.

He said: "It was really impressive, they made the area look like Christmas time.

"They covered the big tree in snow to make it look like Christmas. The little girl and the little boy were looking up at the tree and throwing an umbrella to get it down."

John Lewis hasn’t confirmed when its 2020 advert will launch just yet.

But if it follows the same release pattern as previous years, it looks likely that it’ll drop in November.

Its 2019 release, which starred Edgar the excitable, but very accident-prone dragon, was released on November 14.

It followed the 2018 Elton John inspired advert, which saw the pop legend's life and career played out, on November 15 of that year.

And before those, the 2015 Man on the Moon and the 2014 Monty the Penguin adverts were released on November 6.

A John Lewis spokesperson said: "We are lucky enough to enjoy lots of speculation around our TV ads but we never comment because we want to keep the surprise."