Home » Lifestyle » July 11 – On this day: 82 years since the start of the Battle of Britain

July 11 – On this day: 82 years since the start of the Battle of Britain 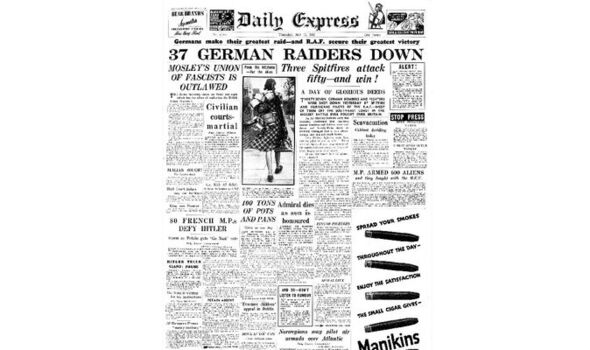 The assault marked the start of what Winston Churchill called “the Battle of Britain” and came six days before Adolf Hitler ordered preparations for the invasion of Britain, codenamed Operation Sealion.

37 years ago (1985) The Greenpeace ship Rainbow Warrior was sunk in Auckland Harbour, New Zealand. It was later revealed French secret service agents had planted two bombs as the vessel prepared to sail to Mururoa Atoll to protest against French nuclear testing in the Pacific.

The incident sparked an international crisis between New Zealand and France.

16 years ago (2006) Some 209 people were killed and more than 700 injured in seven bomb attacks on commuter trains in India’s financial capital Mumbai during the morning rush hour. The devices were made using pressure cookers which made them even more powerful than conventional explosives.