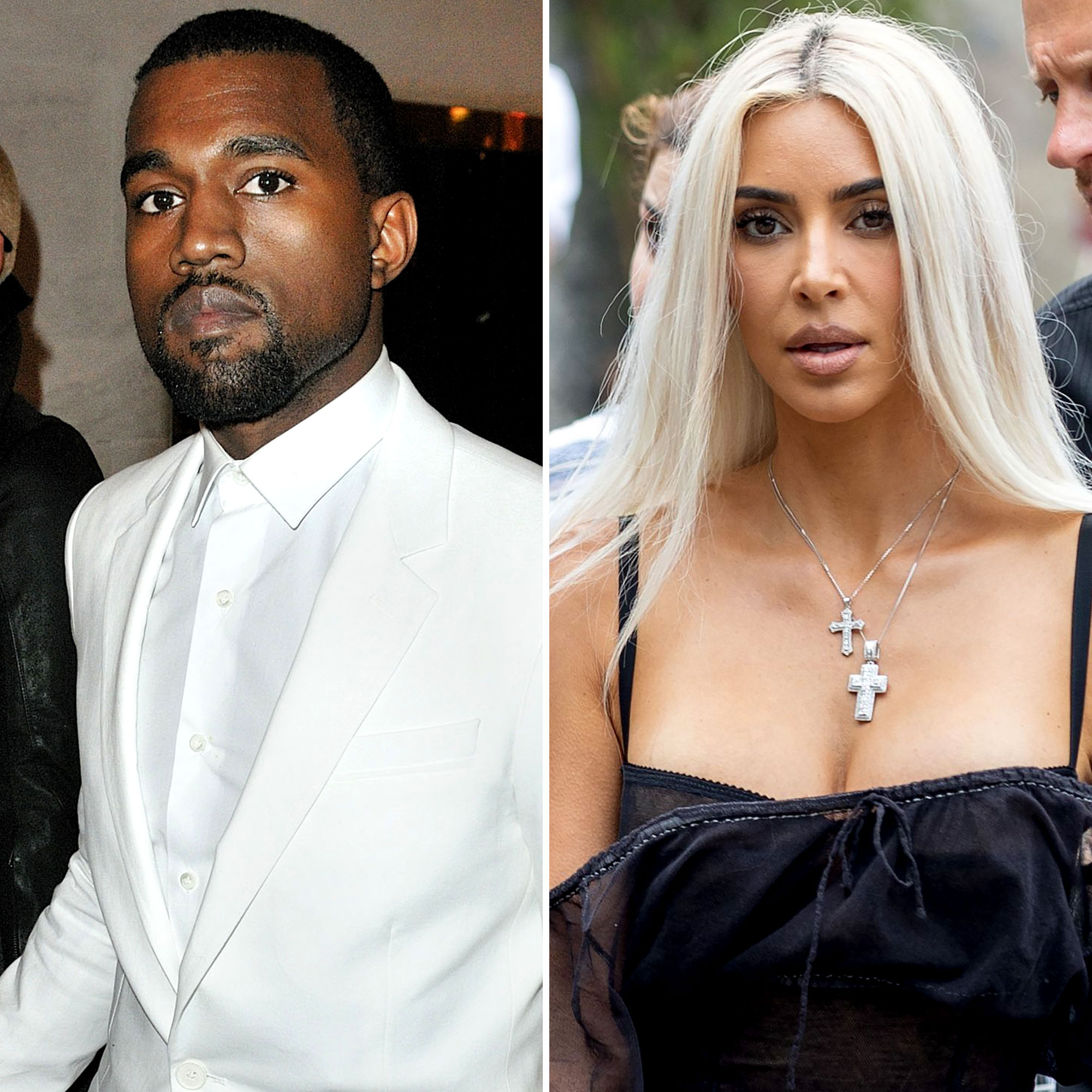 Not over her? Kanye West weighed in on his split from Kim Kardashian — and admitted he doesn’t consider them to be officially done.

Everything Kanye Has Said About Kim K. Since Their Split

“I may be divorced on paper, but I’m not divorced of the idea of being the protector,” West, 45, shared during an interview on Piers Morgan Uncensored on Friday, October 21. “Her name is no longer West. And my name is now only Ye. If we were ever to be together again, what would our name be? Kimye?”

The Yeezy designer noted that he still cares for Kardashian, 42, following their breakup, saying, “I will love her for life, and oddly enough I will protect her.”

West’s insight into his post-split relationship relationship with the Hulu personality, who filed for divorce in February 2021, comes after he recently accused her family of not letting him see his children. (The former couple share North, 9, Saint, 6, Chicago, 4, and Psalm, 3.)

“So why did everyone feel so free to attack me about my T-shirt. But Candace Owens was the only public figure to say that it was wrong for the Kardashians to keep me from seeing my daughter,” he wrote via Instagram earlier this month, referring to criticism of his recent Yeezy season 9 show during Paris Fashion Week. “Or we just chime in when we want to tear a Black man down for actually having a political opinion.”

He added: “And for all audience so outraged about my T-shirt. Where was you when I couldn’t see my kids. I went public in hope of public support at the time.”

Khloé Kardashian, for her part, came to her sister’s defense in the comments section. “Ye, I love you. I don’t want to do this on social media but YOU keep bringing it here. You are the father of my nieces and nephews and I’m trying to be respectful but please STOP tearing Kimberly down and using our family when you want to deflect,” she replied. “Again with the birthday narrative. Enough already. We all know the truth and in my opinion, everyone’s tired of it.”

The Skims founder was married to the rapper for nearly seven years before they called it quits. Kim was declared legally single earlier this year.

In April, the reality star recalled not speaking to West for several months amid their messy divorce. “We went off and on. You know, we went about eight months without even speaking to each other at the beginning of the divorce,” she said on the “Not Skinny But Not Fat” podcast. “I mean, he would still see the kids and stuff. Him and I just took a minute of not talking.”

The beauty mogul continued: “And I think in relationships, it’ll be like that. I hope we, you know, are the coparenting goals at the end of the day. … I think we just have a different kind of platform now. But you know, it doesn’t mean that maybe because he expressed himself in a certain way that he’s not an amazing person and amazing friend. I do believe that we’ll have that again. I’m always really hopeful.”

Meanwhile, West recently opened up about sharing custody with Kim. “Even to this day, I’ll still give Kim advice on things that could help because that’s going to go to the kids,” he said on the “Alo Mind Full” podcast last month. “She’s still got them 80 percent of the time, [to] raise those children. So what people saw when I was going back and forth is that I still have to be able to throw my version of what people would throw into the curriculum.”