Catherine, Duchess of Cambridge has become one of the world’s biggest fashion icons since marrying Prince William back in 2011. The future queen’s outfits sell out almost immediately, and she’s been known to shop affordable looks as well. But one of the duchess’ major fashion tricks came straight from William’s late mother, Princess Diana. 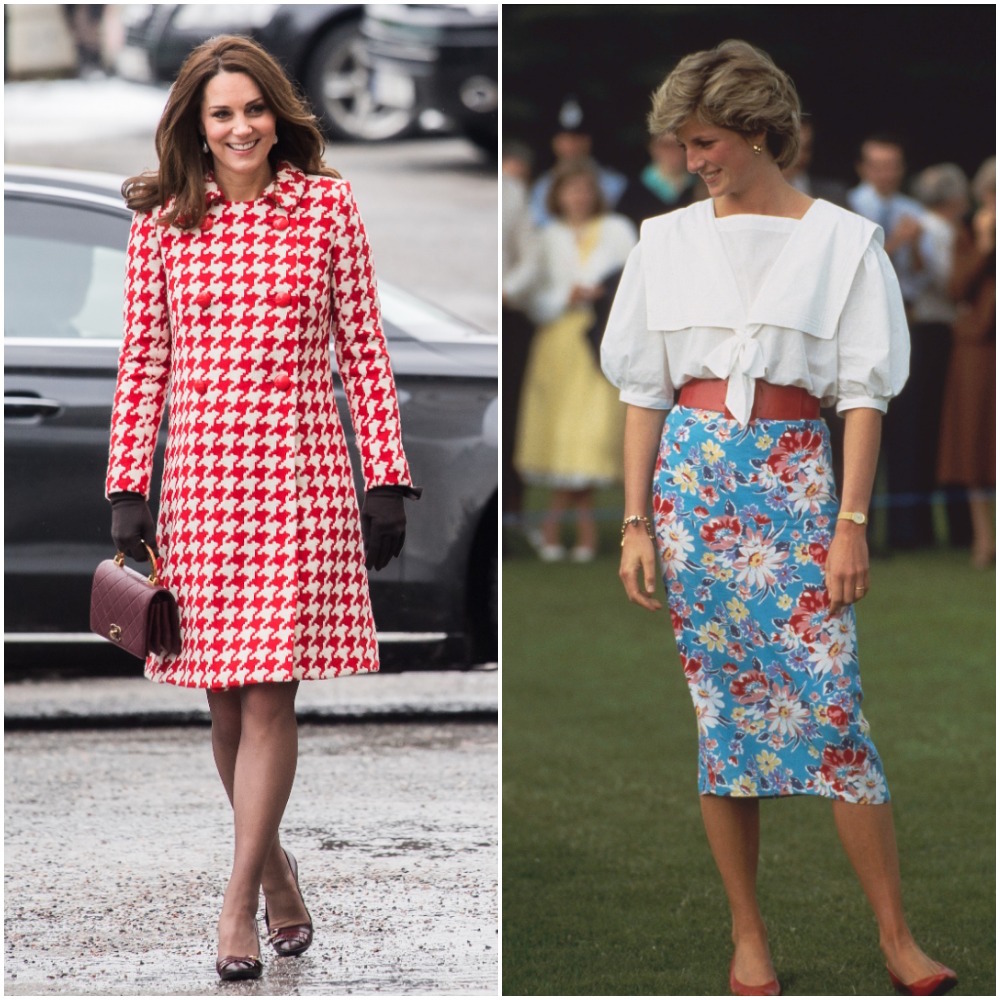 When Kate married William, she instantly became one of the most famous women in the world. And for that reason, anything she wore was suddenly a story. People started paying close attention to the duchess’ outfits and purchasing her exact pieces of clothing — and so began “the Kate effect.”

If an outfit was extremely expensive, then similar, more affordable looks would also be sold out within days. Kate has a few affordable brands she loves, such as Zara, and any time she steps out in a piece of Zara clothing, the public purchases every last size.

Princess Diana was a fashion icon in her day as well

While Princess Diana was married to Prince Charles, and even long after the two had separated, she consistently wore outfits that had the press obsessing over her style. Though some outfits stuck out more than others, such as her infamous “revenge” little black dress she wore after her separation from Charles, it seemed people fawned over any outfit she chose.

Diana’s casual outfits turned just as many heads. She often paired baggy sweatshirts with tight-fitting workout pants to and from the gym, and the look became one of her most iconic trends.

It seems that Kate has ripped a page out of her mother-in-law’s book. Although Kate never met the late princess, she did learn one major trick from William’s mother: Repeating outfits is never a bad thing. Kate has been known to re-wear styles, even once stepping out in a dress in 2018 that she hadn’t been seen in for six years.

Diana often did the same. She had a tendency to re-style her outfits, sometimes even having sleeves cut off of dresses and turning two-piece sets into different outfits by using only one of the pieces. Though Kate doesn’t often alter her outfits, it’s possible that she saw Diana’s interest in repeating fashion and felt that she should do it, too.

Kate isn’t the only royal to have had a major impact on thefashion industry. Even Princess Charlotte, Kate’s five-year-old daughter, hascaused toddler and children’s outfits to fly off the shelves. It’s been dubbed “theCharlotte effect.”

When Meghan Markle married into the family, she quicklybecame anotherroyal fashion icon. Meghan’s style is a bit more laid back than Kate’s; sheeven wore jeans to a royal engagement in Southern Africa. But her style wasrelatable to plenty of people; it better reflected everyday fashion rather thanKate’s more glamorous style. Meghan has also had a massive impact on theindustry, and despite that she left the royal family in March, she’ll likelycontinue to influence trends.