Looks like we’re keeping up with the Barkers now.

Kourtney Kardashian officially changed her last name on Instagram Monday – after marrying Travis Barker in a lavish Italian wedding ceremony over the weekend.

It remains uncertain if she has changed her name legally or if she plans to in the near future. Kardashian’s rep did not immediately respond to Page Six’s request for comment.

The Poosh creator has kept her original handle, @kourtneykardash, for the time being, though.

Kardashian, 43, and Barker, 46, said “I do” during a fairytale wedding celebration at Castello Brown on Sunday, one week after they got legally married in Santa Barbara, Calif.

They also had a Las Vegas wedding ceremony in April that was not legally binding. 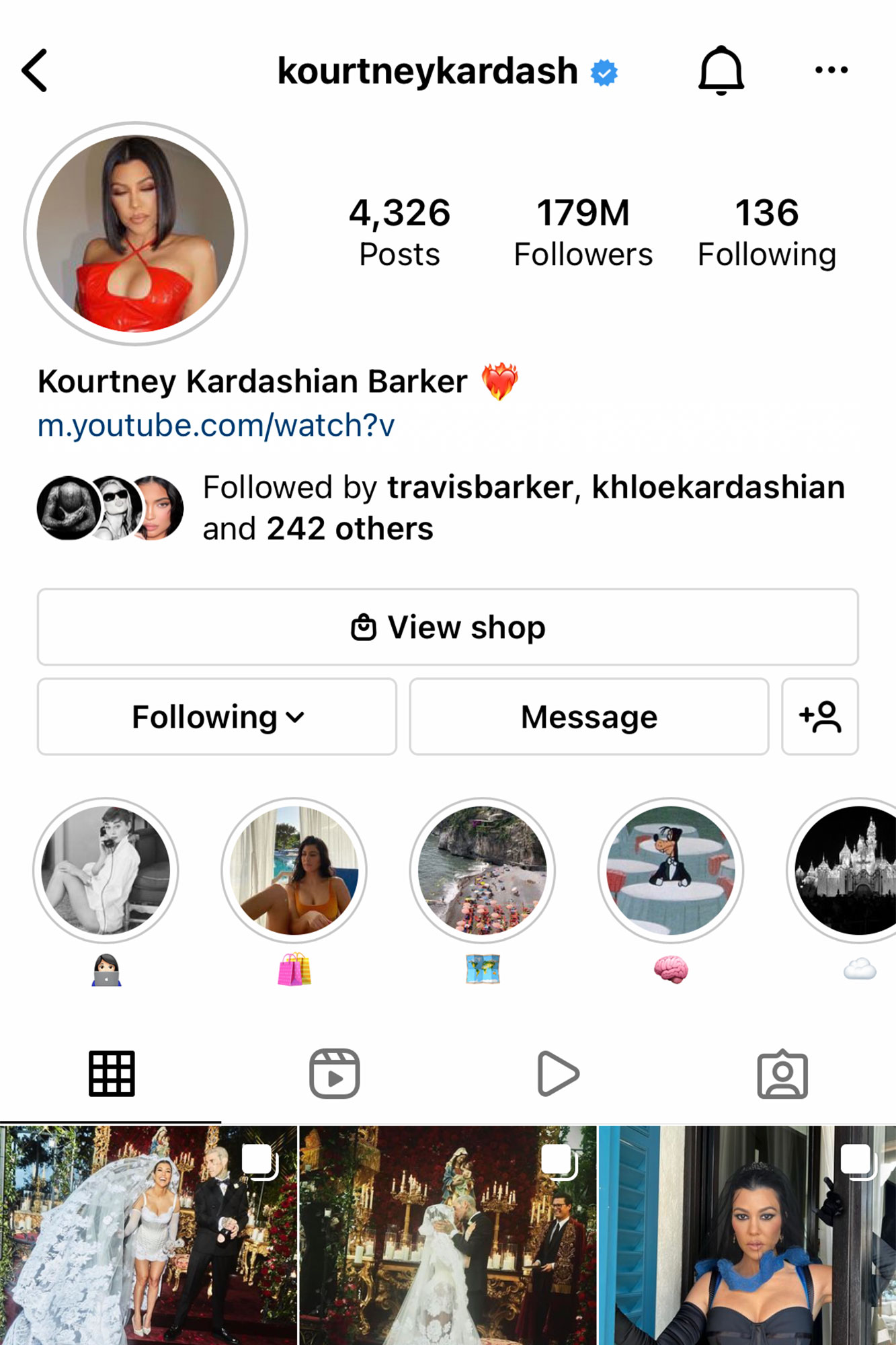 Kourtney’s mother, Kris Jenner, and her siblings, Kim Kardashian, Khloé Kardashian, Kendall Jenner and Kylie Jenner, were all in attendance for the couple’s Italian nuptials.

The entire clan wore Dolce & Gabbana ensembles — including the bride, who rocked a short white dress with a veil emblazoned with the image of the Virgin Mary — for the affair.

Kourtney’s kids — son Mason, 12, daughter Penelope, 9, and son Reign, 7, whom she shares with ex Scott Disick — attended the ceremony despite not being present for Kravis’ engagement. 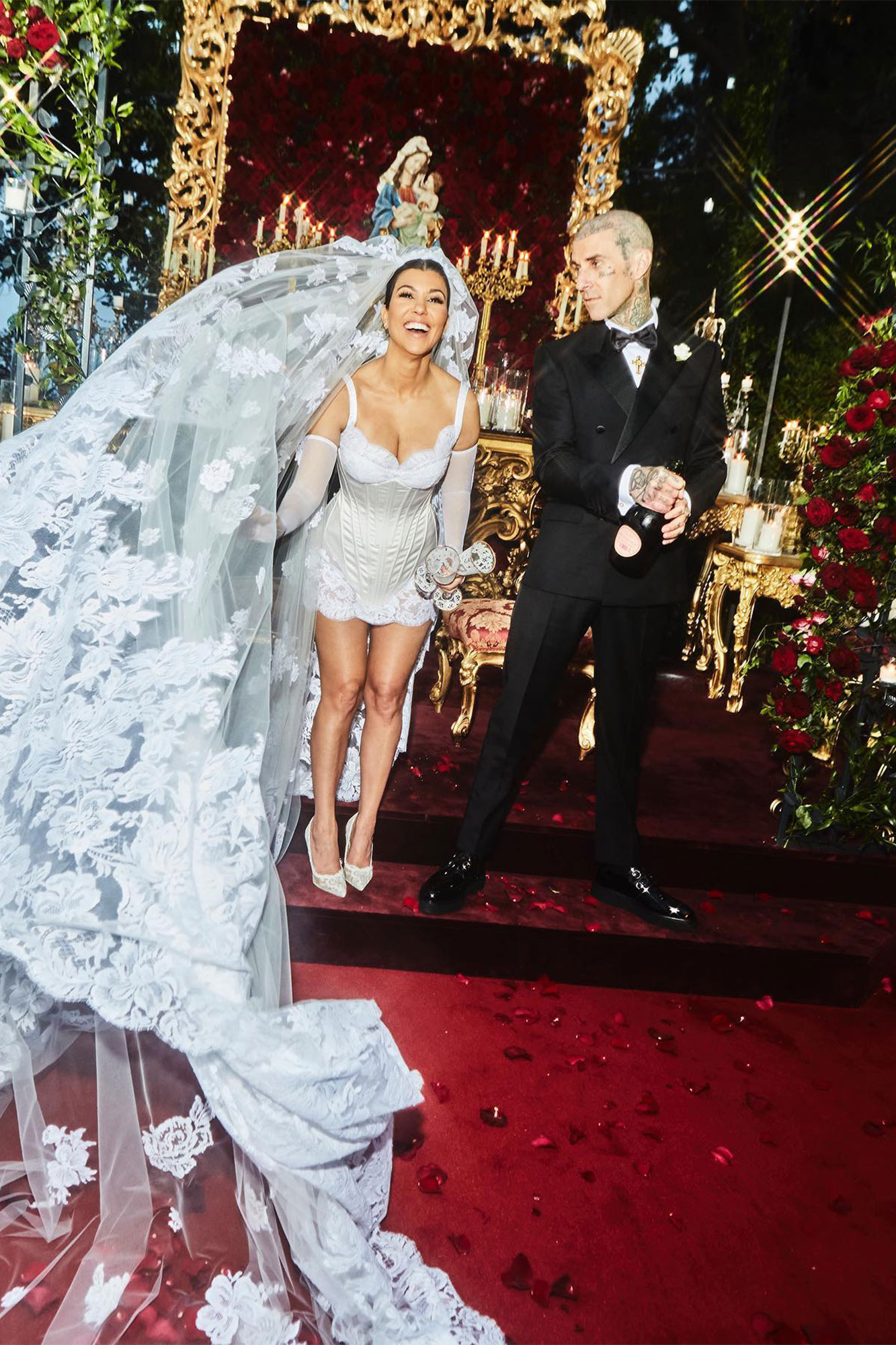 Meanwhile, Disick, 36, was not present as he reportedly did not receive an invite from Kourtney.

Barker’s son Landon, 18, and daughter Alabama, 16 — whom the Blink-182 drummer shares with ex-wife Shanna Moakler — witnessed their dad’s nuptials. Stepdaughter Atiana De La Hoya, 23, was also by the musician’s side for the big day.