Working it out. Kourtney Kardashian is starting to feel like herself again after pressing pause on her and husband Travis Barker’s fertility journey.

Stars Who Struggled to Conceive Children Share Their Fertility Issues

“Finally started getting my energy back 10 months after IVF, for anyone else going through it, it gets better!” Kardashian, 43, wrote via her Instagram Story on Thursday, December 8, alongside a black-and-white snap of herself on a treadmill.

The Poosh founder and the 47-year-old Blink-182 drummer, who tied the knot in May, were vocal about their ups and downs with IVF during the first two seasons of The Kardashians.

“The fertility journey, Travis and I, we stay in the moment and just do the steps that we need to do,” Kardashian shared during a season 1 episode. “It is nice to hear good news and have some positivity. We love that, but we just wait to hear the final words.”

The couple hit a roadblock, however, when they discovered that the procedure hadn’t been successful. “Our egg retrieval didn’t go the way we would have hoped. He was able to retrieve the egg, but it didn’t make it to [the] embryo stage. We start back again,” she explained.

Barker, for his part, told GQ in November that he hopes to normalize the role men play in the fertility process by showcasing his own struggles on the Hulu reality series.

“If any of that can help people — seeing Kourtney’s journey through IVF, which is super hard for a woman. You saw her struggle with it and talk about it. That’s real,” he told the outlet, adding that he doesn’t care what details of the journey are portrayed on screen — as long as they are true to life. 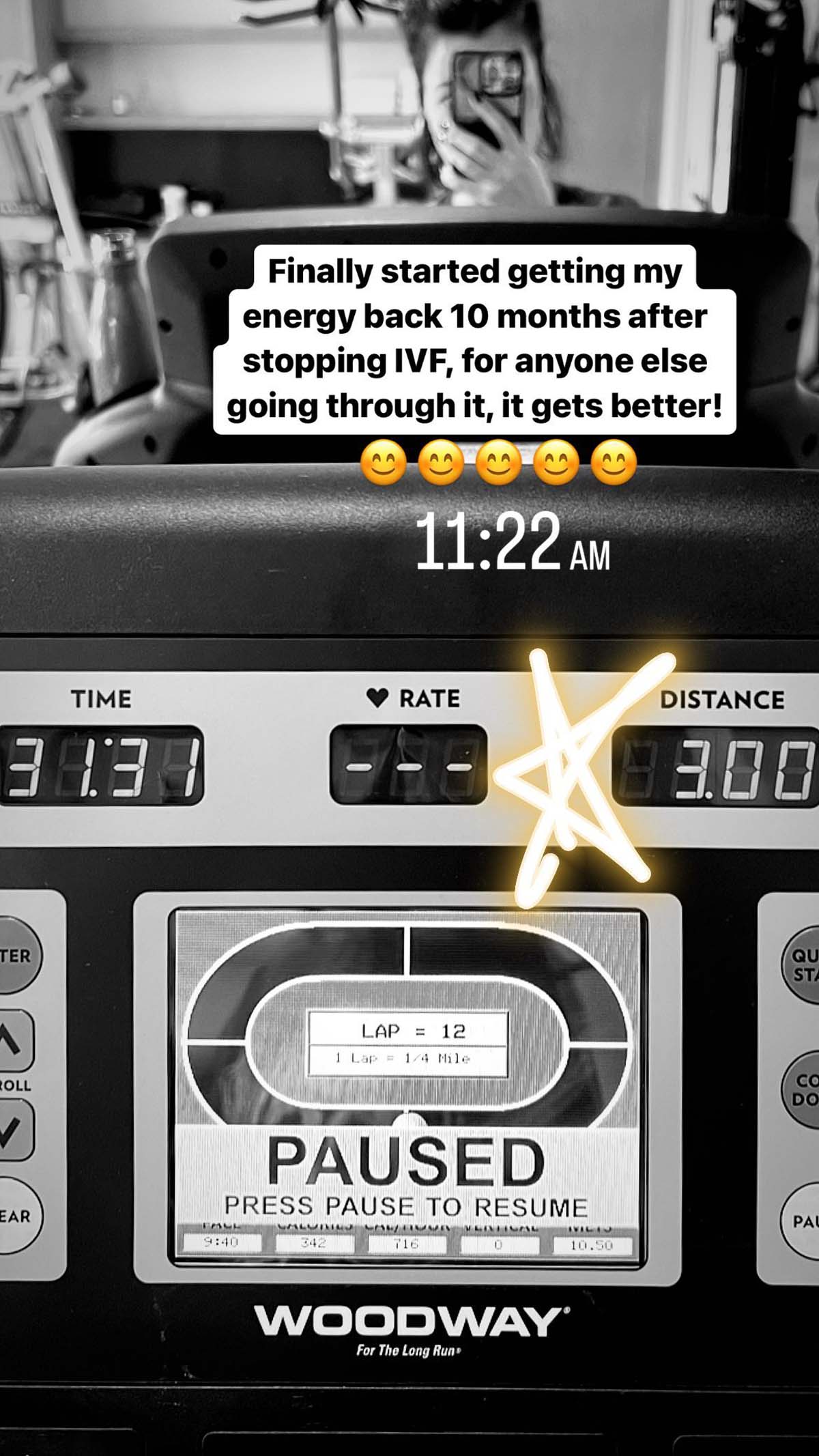 “I don’t care if I’m c—ming in a cup or whatever. It’s real life,” the rock star explained. “And there’s however many millions of dudes that have to go give their semen for this same procedure. So it’s, like, relatable, you know? I’ve never been fazed by any of that.”

Ahead of the show’s second season, which premiered in September, the Keeping Up With the Kardashians alum discussed the couple’s plans to explore the Ayurvedic Panchakarma cleanse again. “You may have seen it on our show. It’s all these things you can’t do: No sex, no caffeine, no alcohol, no sugar. You’ve gotta eat this really clean, strict diet and you do it for five days,” she shared in a September interview with WSJ. Magazine. “It’s to reset your body.”

Everything Kourtney Kardashian Has Said About Having Another Baby

Kardashian went on to explain that the cleanse, in which everything is very “ritualistic” and “has a purpose,” is a “fascinating” process that she hoped would help “clean” her body in preparation to “hopefully have a baby.”

However, she and Barker put the fertility treatments on hold after they became too overwhelming. “We started an IVF journey, but I stopped, it was a lot. I took a break to just focus on our wedding and getting married,” she explained.

For now, the twosome are enjoying coparenting their blended brood, even purchasing a $14.5 million beach house in October for the family to reside. Kardashian shares Mason, 12, Penelope, 10, and Reign, 7, with ex-boyfriend Scott Disick. Barker, meanwhile, shares son Landon, 18, and daughter Alabama, 16, with ex-wife Shanna Moakler. The “Rock Show” artist was also stepdad to 23-year-old Atiana De La Hoya, the daughter of Moakler, 47, and her ex Oscar De La Hoya.

Everything the Kardashian-Jenner Siblings Have Said About Coparenting

“We want our kids to also feel really comfortable and they have both lived in their homes their whole lives for the most part, and they each have their rooms and we are a block away,” Kardashian explained on Dear Media’s “Not Skinny, Not Fat” podcast that same month.