Home » Lifestyle » Labor and the curse of the global shocks: Can Albanese defy history?

Labor and the curse of the global shocks: Can Albanese defy history?

Every new Labor government is accompanied by the drumbeat of global crisis. It is a one-sided curse in our system which began in 1929, when James Scullin took Labor to power on the eve of the Great Depression. Every Labor leader since Scullin who took power from opposition has faced an economic upheaval within 12 months of their election.

This week, Anthony Albanese had some of his burdens clarified with an energy crisis at home, and an interest rate shock from the United States. The combination of the two has revived fears of the economic condition we thought had been buried by deregulation: stagflation. For Albanese and his ministers, the word brings back memories Gough Whitlam’s doomed government. 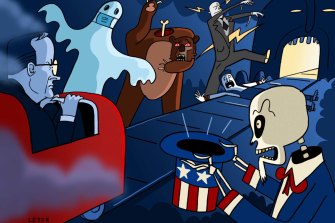 But the 1970s we are reliving now look nothing like the original. This reboot follows the upside-down script of Stranger Things, where all the key players in the federation and the wider economy have their positions inverted.

In Whitlam’s day, the premiers were wreckers, not reformers. And the industrial chaos was triggered by the trade unions, not big business. The reversal of roles could be seen in two surprises this week.

On Thursday, NSW Premier Dominic Perrottet joined Victorian Labor Premier Daniel Andrews to announce free early childhood education for three- and four-year-olds. It is, without exaggeration, the most significant piece of public policy to come from any level of government since John Howard’s gun law reforms in 1996.

And it is a world away from how the states conducted themselves in the ’70s. Back then, they were the passive tier of government. Whitlam posed a direct challenge to their status because he wanted to expand the role of the federal government. Two states in particular met that threat by conspiring to manipulate the numbers of the Senate, which helped trigger the constitutional crisis of 1975.

Now consider the forces at play in our energy crisis. On Wednesday, the industry regulator, the Australian Energy Market Operator, took over the entire system to manage the threat of 1970s-style blackouts, especially in NSW. While political debate has centred on the degree of culpability of the former Coalition government for avoiding energy reform over the past decade, it is the position of the generators where the story of the ’70s has been turned on its head.

Albanese accused the companies of “gaming the system”. The sector rejects the claim it was withdrawing supply from the market to maximise profits. Either way, it is a world away from the mayhem of the ’70s, when the trade unions chased higher wages to catch up with inflation. They broke all previous records for strike action in 1974, with 2809 industrial disputes, involving 2 million workers, and 6.3 million working days lost. That wage price spiral, which saw average earnings jump by 17.6 per cent, and the rate of inflation double from 8.2 per cent to 14.4 per cent in the first financial year of the Whitlam government, 1973-74, helped send the economy into its worst recession since the Great Depression. 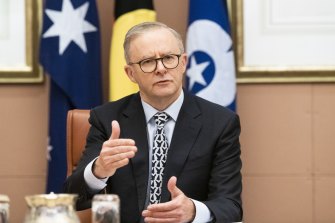 The idea of a capital strike is not new. Big business also threatened to shut down the economy when federal Labor was last in office. BHP and Rio Tinto successfully blocked Kevin Rudd’s mining tax in 2010, while Alan Joyce ground the Qantas fleet in 2011 in a dispute with the unions, forcing Julia Gillard to intervene on his company’s behalf.

The continuity between the 1970s and 2022 is in the risk of a global recession, and our vulnerability to the multiple shocks coming from our allies and trading partners. While our economic model is more flexible than it was 50 years ago, we face these shocks with a ’70s mindset, after a decade of do-nothing government.

The Arab oil embargo, which quadrupled prices following Egypt and Syria’s war with Israel in October 1973, is the event that made a global recession inevitable in 1974-75. But the inflation dragon had been stirred beforehand by the debts the US ran up to fight its war of choice in Vietnam.

Today’s inflation shock can be fairly blamed on Russia’s invasion of Ukraine. As the US Federal Reserve explained when announcing its biggest hike in official interest rates since 1994, “the invasion and related events are creating additional upward pressure on inflation and are weighing on global economic activity”. But there is a second risk to the outlook for the global economy – China’s continued pursuit of a COVID-zero health policy. “Lockdowns in China are likely to exacerbate supply chain disruptions,” the Federal Reserve said in its formal statement on Wednesday.

Australia managed to avoid three US-led global recessions in the past, at the end of the 1960s, in 2001 and again during the global financial crisis of 2008-9. The first in that sequence contains an important lesson. We were enjoying a mining boom at the time, as we fed the postwar reconstruction of our largest trading partner, Japan. But we lost our get-out-of recession card when Japan succumbed to the oil shocks of the 1970s. Will that history repeat, with China dragging us into a global recession after it helped keep us growing throughout the GFC?

Albanese knows his political history better than most of his colleagues, and would be able to recite the election victories from opposition, and the shocks that greeted each new Labor prime minister.

Andrew Fisher brought Labor back to power in 1914, after a short term in opposition, with a patriotic mandate to fight World War I to “the last man and the last shilling”. James Scullin won a landslide in 1929 just a fortnight before the Wall Street crash. Whitlam saw the postwar promise of full employment and price stability broken on his watch by stagflation.

Bob Hawke entered the Lodge in 1983 with inflation and unemployment both above 10 per cent. And Kevin Rudd confronted the GFC within 12 months of the victory he claimed in his own name, Kevin07. Only Hawke’s government thrived; the others either split in office, or where short-lived.

Often overlooked in Labor’s retelling of the Whitlam and Rudd-Gillard eras is that the Coalition could make a simple case for ending the Labor experiment – the economy ran itself under the previous conservative governments. Hawke was able to break the pattern because there were no good times for his opponents to fall back on. Fraser left the economy in worse shape, and the budget in deeper deficit, than Whitlam.

This is Albanese’s opportunity. He has inherited a crisis, which the electorate understood when it threw out Scott Morrison’s government on May 21. The question now is whether the public has the patience for the difficult times ahead?