Victorian Labor is on track to win more seats at the 2022 election than it did in 2018 after the party’s candidate claimed the seat of Bass on Friday.

The seat is a mostly rural electorate southeast of Melbourne that includes parts of Clyde, Pearcedale, Devon Meadows and extends east and south to Koo Wee Rup, Lang Lang, Wonthaggi and Inverloch. 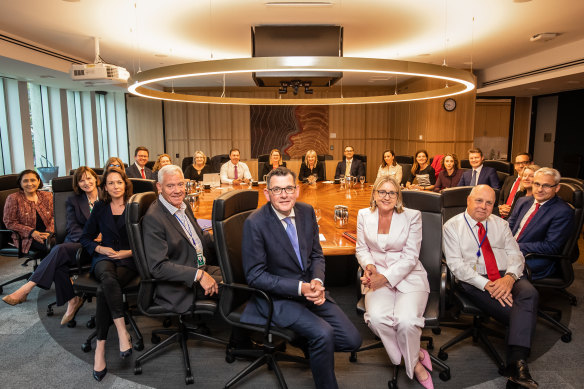 Premier Daniel Andrews and his new cabinet on Monday. If the ALP wins the seat of Bass it will have gained more seats than at the 2018 election.Credit:Scott McNaughton

“It was always going to be close with or without the redistribution and I have never once taken anything for granted,” she said in a social media post on Friday evening.

“To be re-elected for another term is beyond amazing, humbling and [I] am streaming with tears of gratitude.

“I will apply that same determination, grit and fight, be that constant (loud) voice at our government table and build on the momentum we have already started and keep at it – we need and deserve a whole heap more,” she said.

It comes a day after Labor clinched the seat of Pakenham, the Liberal Party had been ahead in the seat before counting errors were discovered.

The VEC confirmed Labor won the seat of Pakenham by 300 votes.