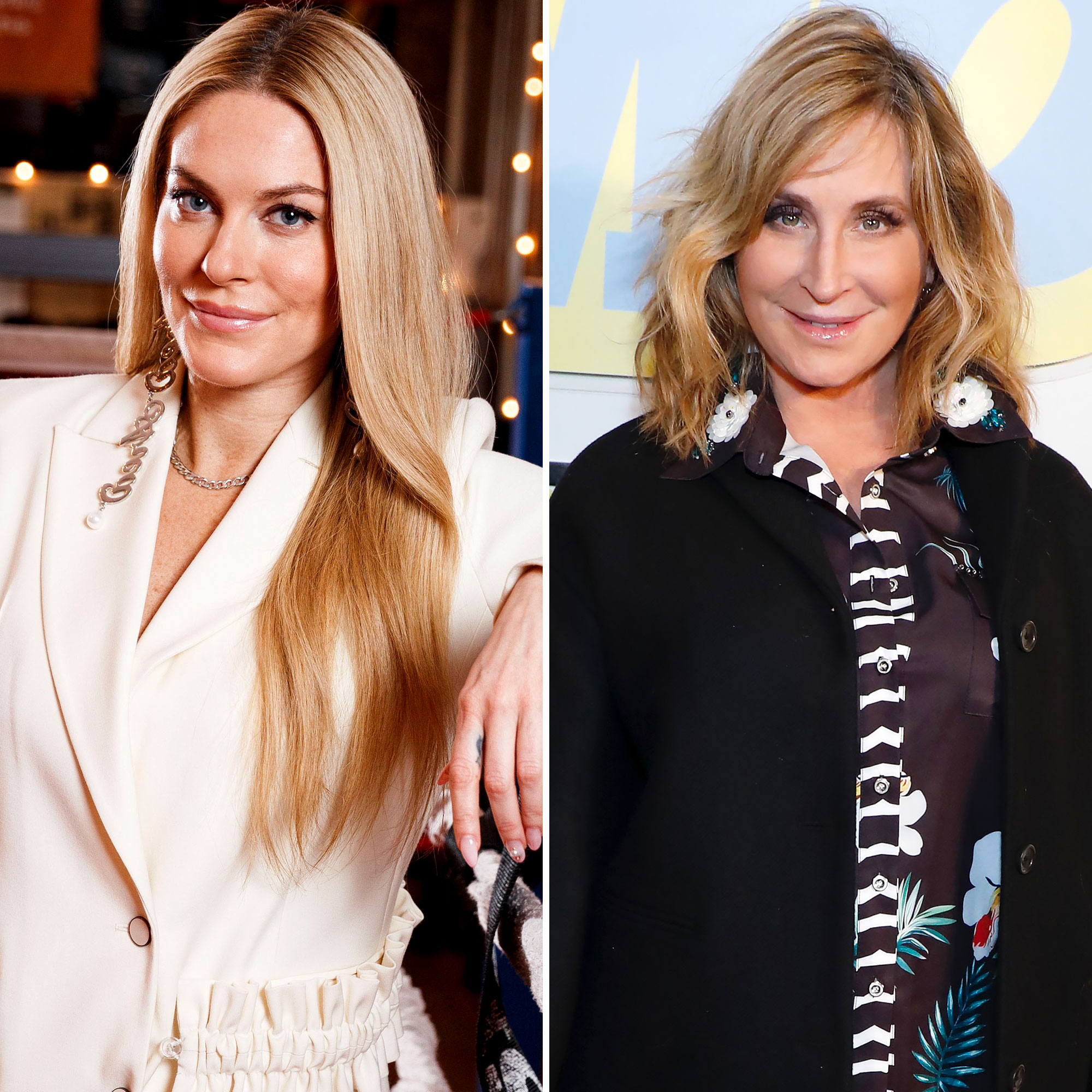 She said, she said. Leah McSweeney slammed her Real Housewives of New York City costar Sonja Morgan for her comments in Dave Quinn’s new book, Not All Diamonds and Rosé.

Former ‘RHONY’ Stars: Where Are They Now?

The fashion designer, 39, called out Sonja, 57, via her Instagram Story on Thursday, October 21. “Damn Sonja talking mad s–t about Tinz and my sis in this book,” she wrote in a since-deleted post, referring to their past costar Tinsley Mortimer and Leah’s younger sister, Sarah McSweeney. “Hell no bitch. It’s a wrap.” 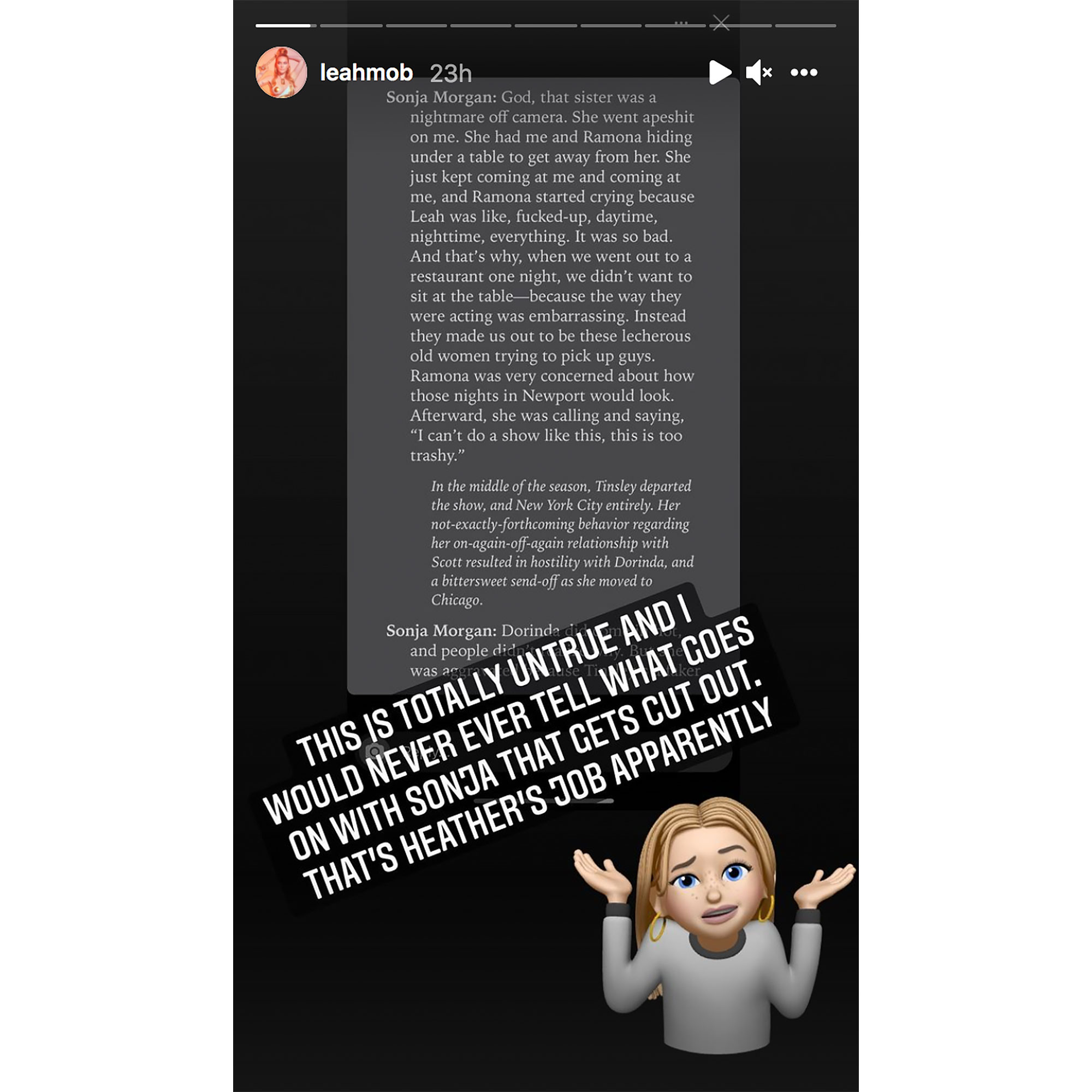 Leah included a photo of cigarettes in an ashtray, seemingly alluding to Heather Thomson’s claim from the book that Sonja let men “put lit cigarettes in her vagina.” (Sonja called Heather, 51, a “liar” in the comments section of an Instagram post about the allegation.)

Biggest ‘Real Housewives’ Feuds Ever — Where They Stand Now

Leah then shared a passage from the book, which is an oral history of the Real Housewives franchise. In the excerpt, Sonja told her version of events from the season 12 cast trip to Rhode Island that Leah’s sister, Sarah, joined.

“God, that sister was a nightmare off camera,” Sonja claimed. “She went apes–t on me. She had me and Ramona [Singer] hiding under a table to get away from her. She just kept coming at me and coming at me, and Ramona started crying because Leah was like, f–ked-up, daytime, nighttime, everything. It was so bad.”

The socialite alleged that she and Ramona, 64, did not want to sit at the same dinner table as Leah and Sarah because “the way they were acting was embarrassing.” On the show, the moment played out as Sonja and Ramona wanting to mingle with men at a restaurant while everyone else tried to have a girls’ night out, but Sonja claimed that they “made us out to be these lecherous old women trying to pick up guys.”

According to Sonja, Ramona was “very concerned” about how the trip would appear to viewers. “Afterward, she was calling and saying, ‘I can’t do a show like this, this is too trashy,’” she alleged.

Leah, meanwhile, refuted her costar’s claims, writing via her Instagram Story on Wednesday, “This is totally untrue and I would never ever tell what goes on with Sonja that gets cut out. That’s Heather’s job apparently.”

The Married to the Mob founder later revealed that she was “punished” for her social media activity when she got stung by a bee twice. “I didn’t feel good about it, and it was a great reminder that if you’re a messy bitch, you will get stung like a bitch,” she told her Instagram followers.

Not All Diamonds and Rosé, which was published by Andy Cohen Books, is out now.