The selection continues upstairs on the women’s designer floor, including an exclusive-to-Neiman Marcus Sisal tote bag for $790 in a sand-and-clay color way.

LVMH Moët Hennessy Louis Vuitton-owned Loewe launched, or rather relaunched, Paula’s in 2017, naming it after the Paula’s boutique that was the epicenter of Ibiza’s boho cool scene in the 1970s and ’80s. Loewe creative director Jonathan Anderson grew up vacationing in the seaside resort, and had the idea to reach out to the store’s founders Armin Heinemann and Stuart Rudnick about reviving it. Their vision has grown into the seasonal, co-branded Loewe Paula’s Ibiza collection of men’s wear, women’s wear and accessories with an emphasis on an artisan-driven, tie-dye, crochet and fringe aesthetic.

Unveiled at Neiman Marcus in Miami, the pop-up brings a summer state of mind to Beverly Hills, including the tropical Paula’s Ibiza Eau de Toilette fragrance.

It’s the largest showcase yet for Loewe in Beverly Hills; while the brand opened its first West Coast store at South Coast Plaza in February, it has yet to open one in the Los Angeles area.

Although not yet at pre-COVID-19 levels, foot traffic at the Neiman Marcus flagship has been increasing since pandemic restrictions have eased in L.A., according to a representative of the store, noting that shoe sales picked up first, followed quickly by men’s wear.

While the Bar on 4 is offering table service for drinks, including a Loewe Paula’s Ibiza Purple Penninsula Spritz that involves St. Germain and creme de Violette, the store still has still not reopened its popular Mariposa restaurant, but hopes to in the coming weeks. 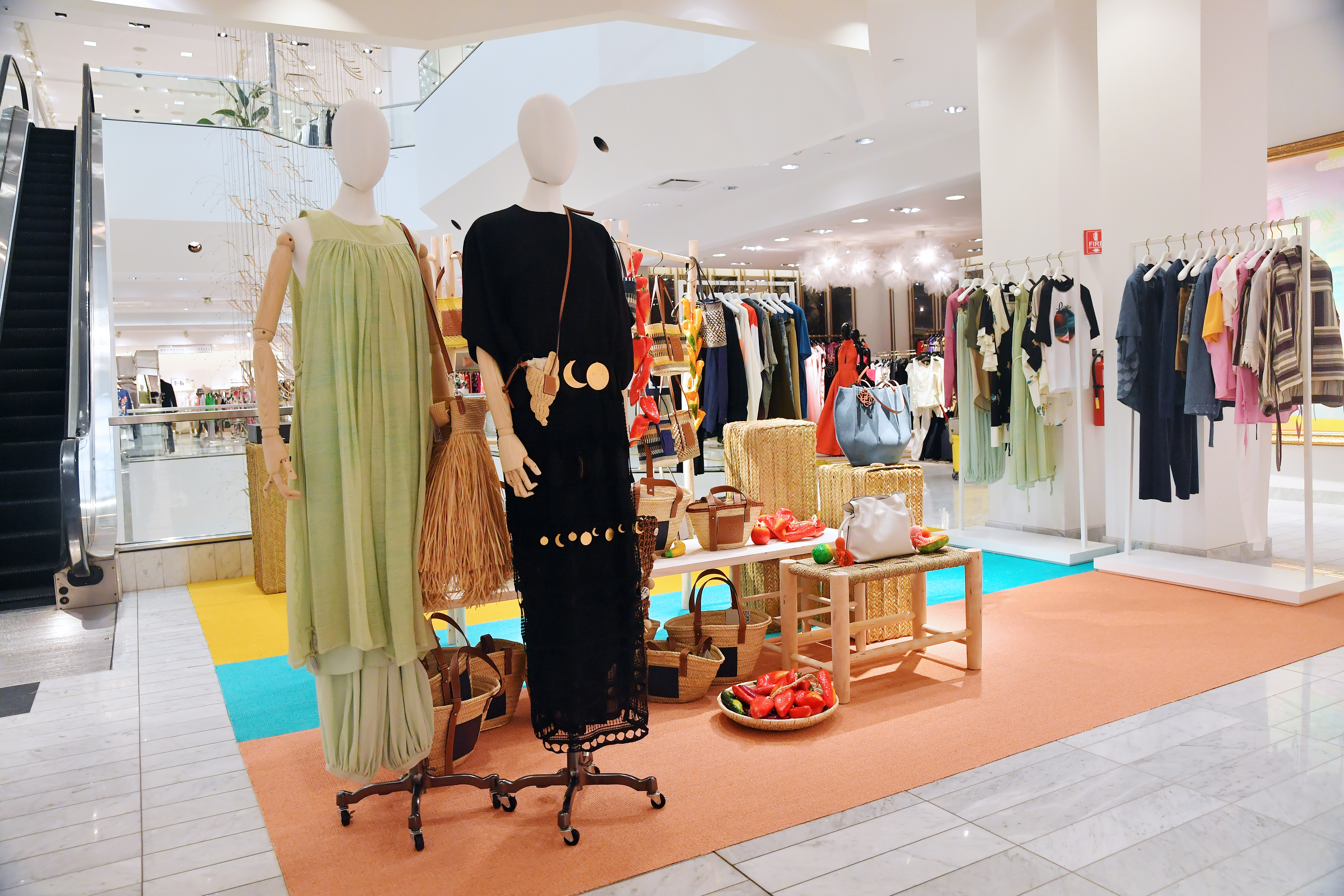