LOVE Island stars including Anna Vakili and India Reynolds have been branded "irresponsible" for promoting buy now, pay later firms that have been accused of pushing shoppers into debt.

The celebrities have used their Instagram accounts to promote a launch event for the Winter series of the dating show which was hosted by fashion brand Boohoo.com and  the delay payment service, Klarna. 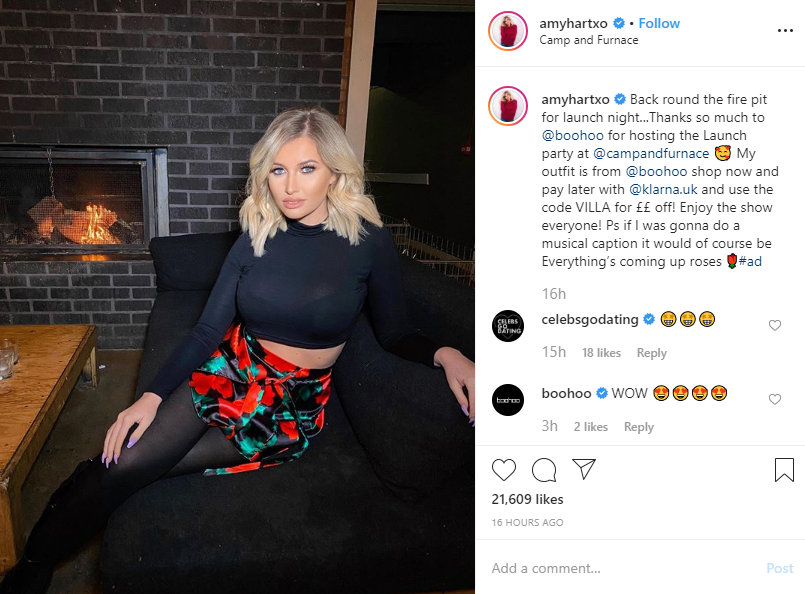 The Sun understands that Klarna sponsored the Love Island event on Sunday night and that the deal for the Instagram posts was with the event organisers, Boohoo.com.

Using the hashtag #ad, the celebs, including Belle Hassan, Lucie Donlan and Amy Hart, have posted pictures online to their millions of followers, plugging the brands without any indication that it is a credit product.

Alongside discounts codes and details of their outfits, the stars have pushed the "shop now and pay later with @klarna.uk" in the Instagram adverts.

ASOS, Misguided and Topshop also offer the short-time finance firm as a form of payment. 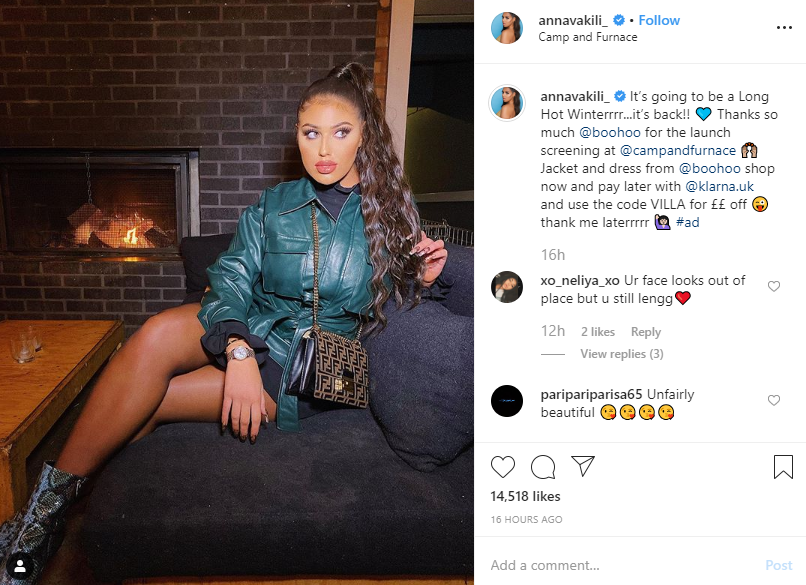 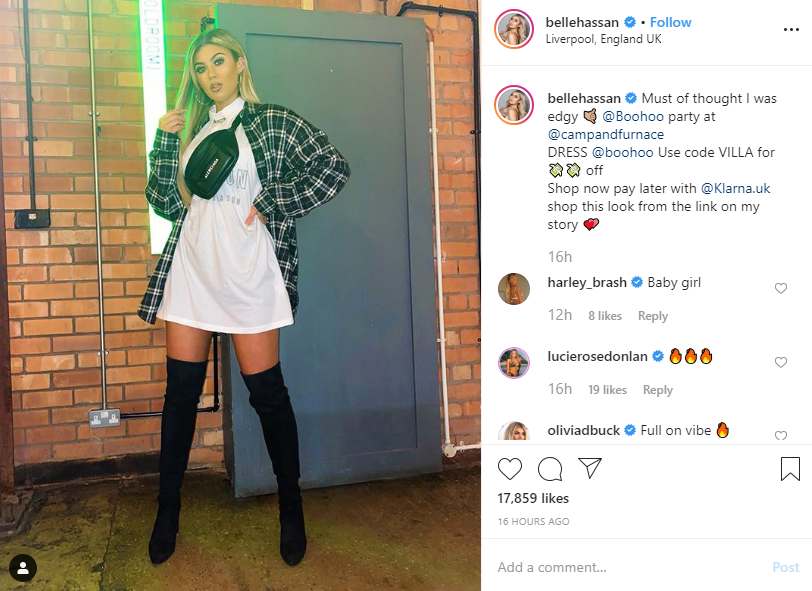 The arrangement means that you pay for products in instalments and you don't pay any interest on the purchases.

If you miss a payment it can impact your credit history and it could be passed on to a debt collector.

As a result, borrowers could end up being rejected for a mortgage, loan or even mobile phone contract. 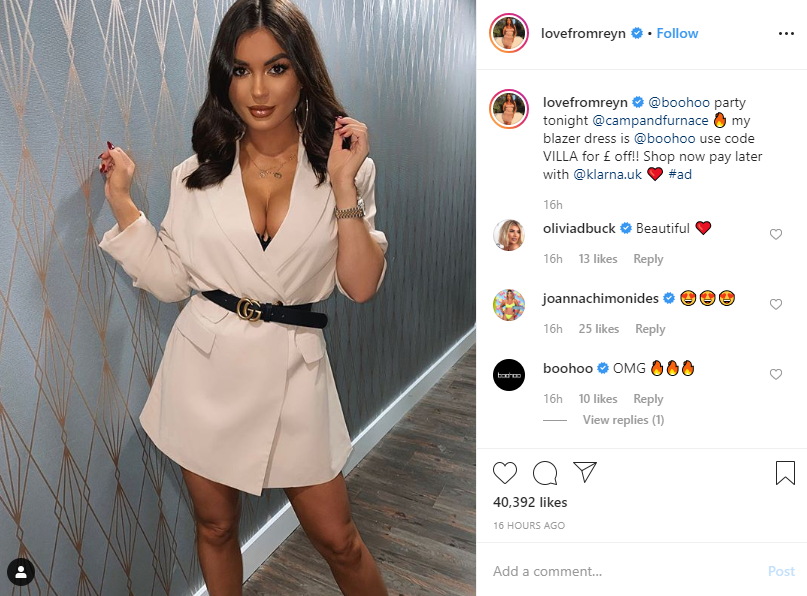 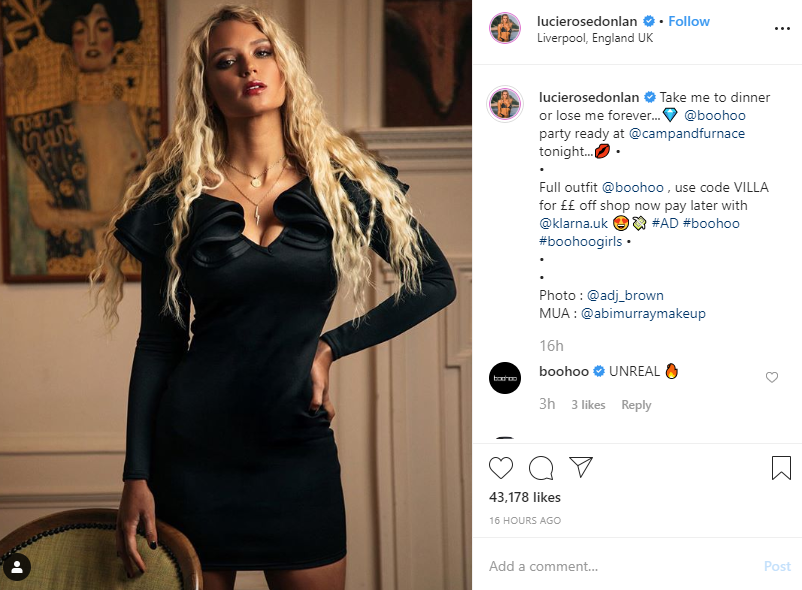 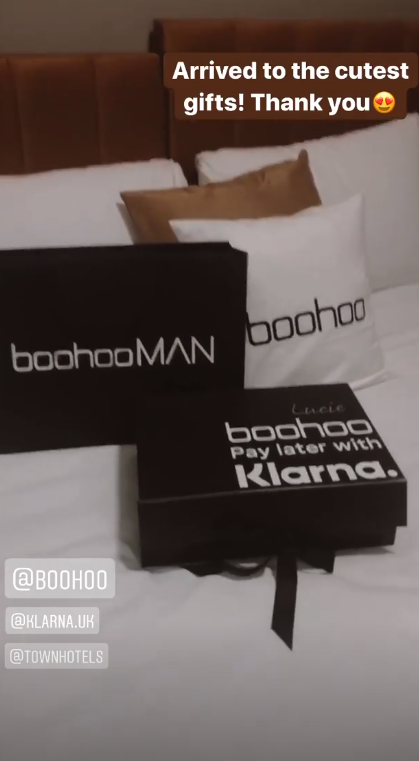 While Klarna boss Luke Griffiths insists that only 0.5 per cent of customers have had their credit score negatively impacted by missing payments, debt campaigners have branded the celebs "irresponsible".

Martyn James from Resolver said: "It's totally irresponsible for influencers to take cash to plug high-interest credit products on their profiles.

"There's a huge difference between plugging an expensive pair of shoes and borrowing beyond your means to pay for them.

"With little to no warnings about the risks, shoppers could find themselves sleepwalking in to debt."

Olivia Buckland, who was a runner up on the show in 2016, posted a pic of the event to her 2.2million followers without any mention that it's a credit scheme. 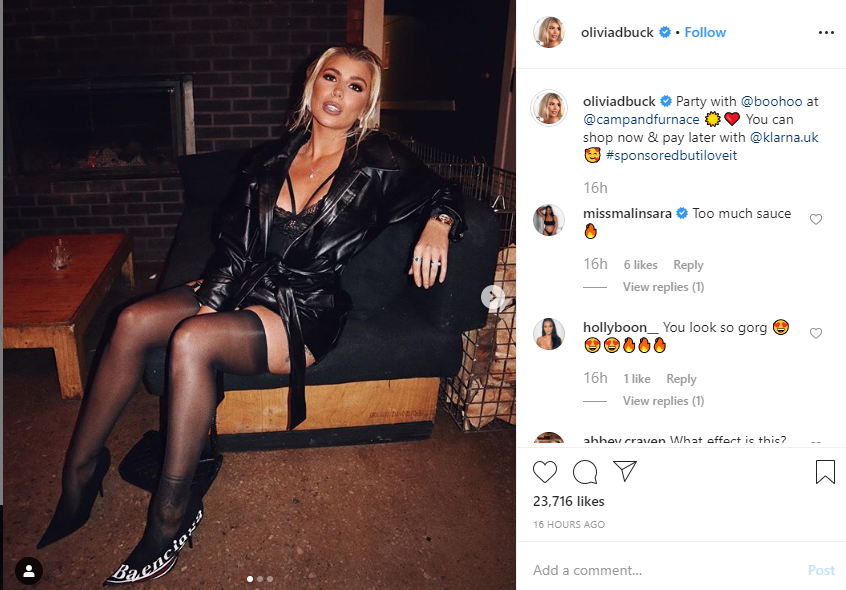 Since The Sun contacted the reality star, the caption has since been updated to include "#takecreditresponsibly".

Mr Griffiths told The Sun: "We have strict eligibility and affordability checks in place to ensure people are only accepted for services they can afford and for which they have the ability to repay.

"We have limits in place for how often and how much a customer can use Klarna. We never provide an open line of credit."

He added: "All relevant T&Cs are displayed clearly on our website and at the checkout on our retailers' websites."

He also stressed that Klarna is a regulated Swedish bank that adhers to rules set out by the Financial Conduct Authority (FCA).

Ex-Love Island star Amy Hart said that when used responsibly, "it is an extremely useful payment option" and advises anyone looking to use the service to read the terms and conditions before agreeing to it.