Chained at the hip… or, nails?

The lovebirds stepped out to the red carpet in matching black ensembles, with a silver chain attaching them together by their edgy 3D snakeskin nails.

Their nail artist, Brittney Boyce, revealed via Instagram that the look was achieved by using three shades from MGK’s collection: “Party Favor,” “25 to Life,” and “Depressionist.”

“After the nails [were] dry, I used a nail piercer to pierce both of their pinky nails and added rings to them, so that I could attach two chains to them, so that they were chained together,” the Nails of LA founder explained. 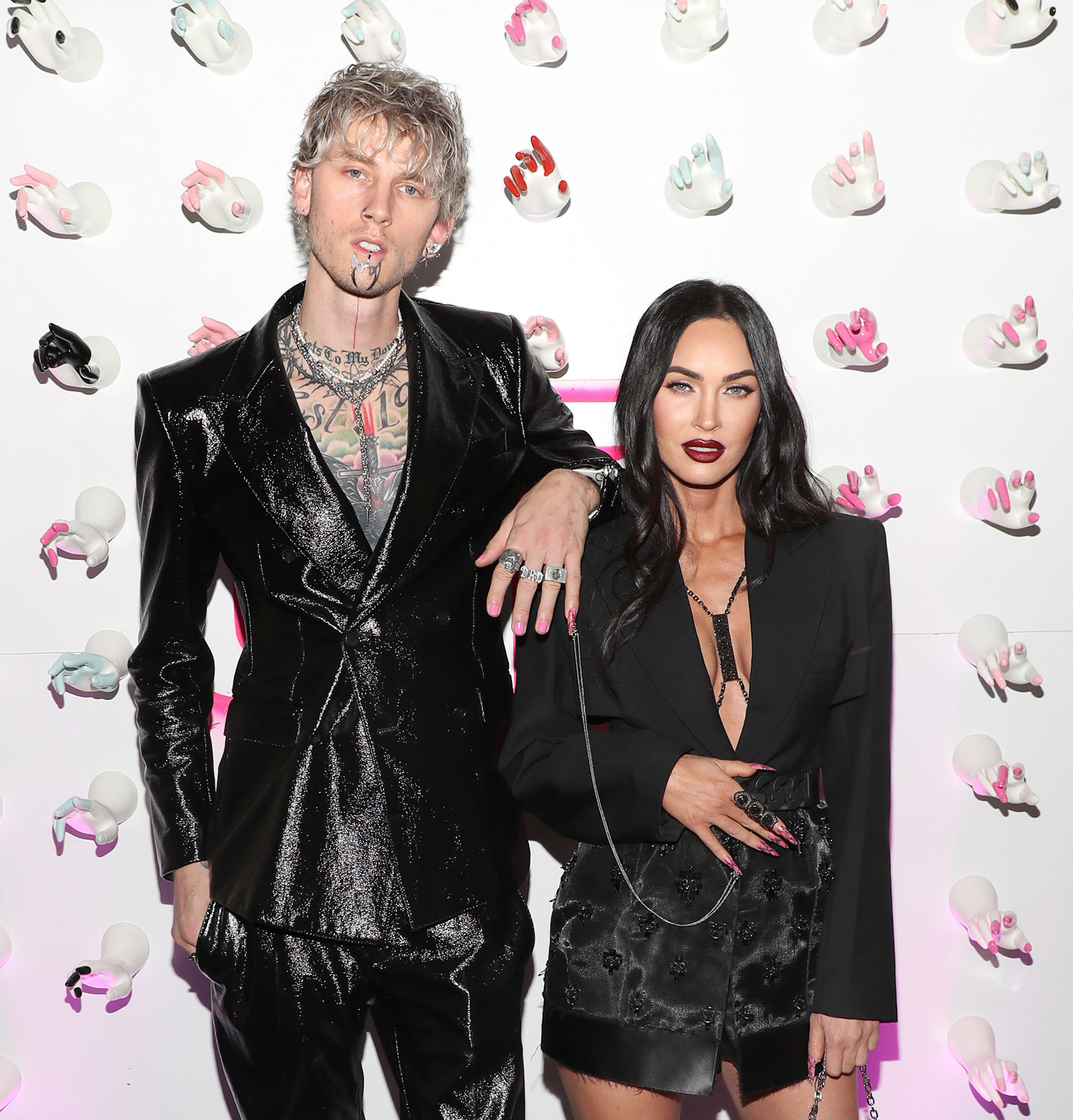 MGK (real name: Colson Baker) also appeared to be rocking a new face tat near his chin at the event, which was also attended by stars like Avril Lavigne, Charli and Dixie D’Amelio, Chase Hudson and Jessie Jo Stark. It’s unclear whether the ink is real, or just another one of his wild antics.

The “Bloody Valentine” rocker, 31, previously made headlines for painting his tongue black at the 2021 Billboard Music Awards, sporting razor-sharp acrylics at the iHeartRadio Music Awards and trolling fans with a fake shaved head and skull tattoo look for his “Papercuts” music video. 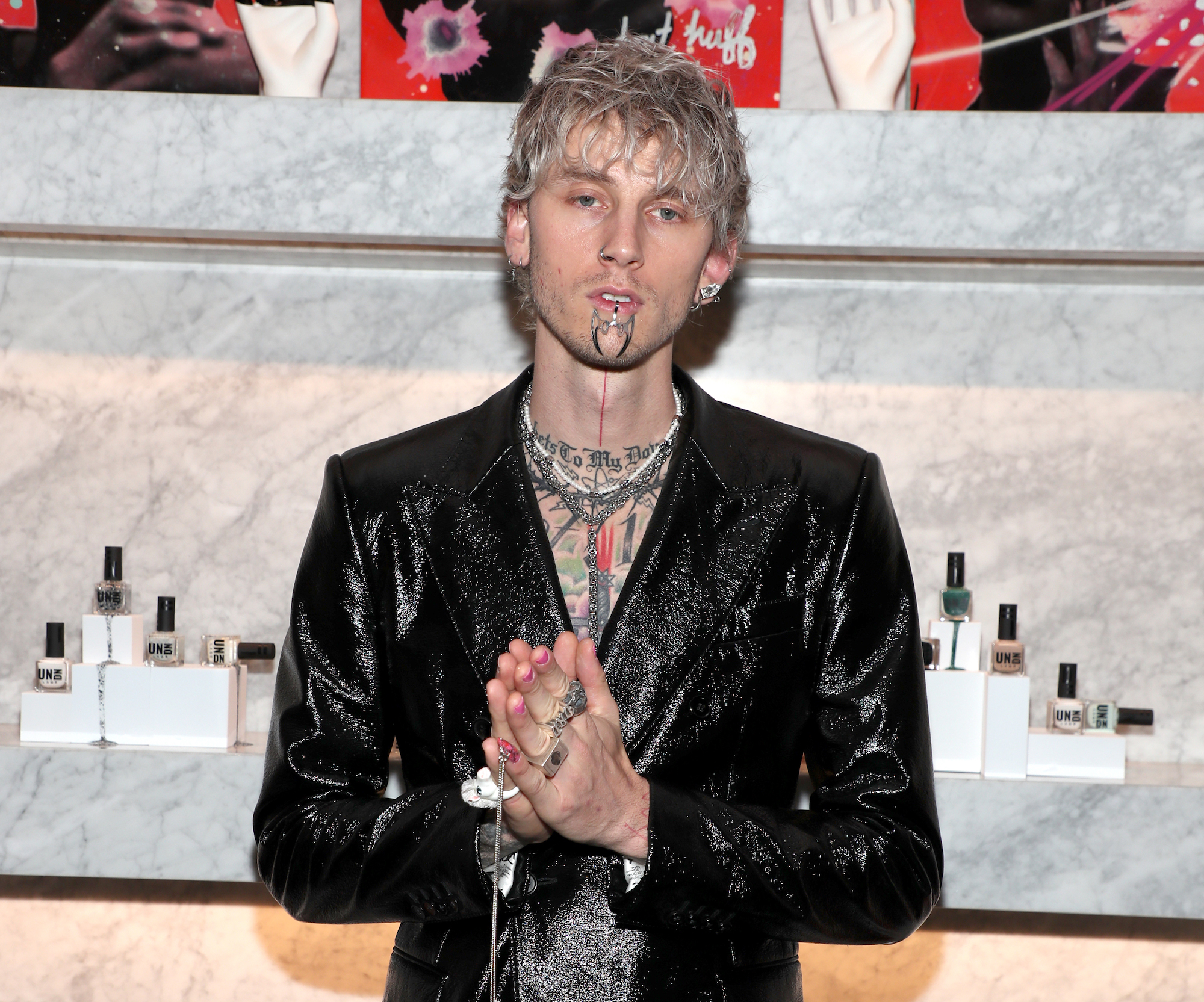 As for why MGK frequently coordinates his nail art with 35-year-old Fox? “They like to match … [it’s] their thing,” Boyce told Page Six Style back in May.

“He’s one of my favorite clients,” she raved. “I get a lot of people that just ask me, ‘What’s in?’ and then I tell them and then we do it. But for him, I really have to think ahead, because he is so artistic and he has so many great ideas.”

She added, “It’s just really nice to have [someone] that pushes me beyond, that I can be more edgy and creative with.”